The Planet Sea Fishing squad make mountains of lead weights and owns more moulds than you can shake a rod butt at. Who better then to run the rule over the very latest CNC beach lead moulds from UK HOOKS.

Since DCA moulds went out of business some years ago lead moulds of similar quality have been hard to find. Choice has been largely limited to inferior shapes/designs, poorly formed eBay DCA impostors, and blatant cheap copies of various DCA originals by another tackle company. Pretenders and producers of the majority of these moulds might believe them to be of an acceptable quality, but the truth is most are far from it. 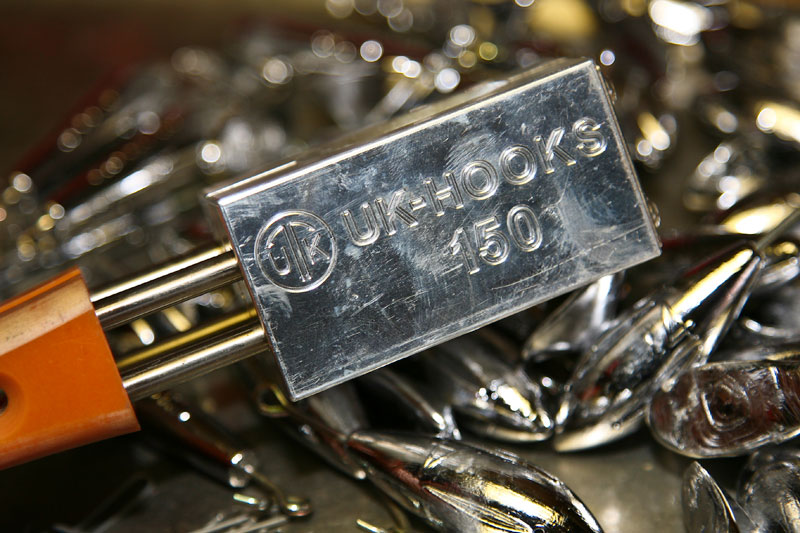 Experienced lead makers who have trialled such pathetic moulds know that the list of shortcomings is frightening. Many moulds spring from the roughest ‘sand cast’ templates and are poorly finished. Despite normal means of assisting release, leads habitually stick in the moulds needing to be dug out with a suitable implement, which is inefficient, ridiculously time-consuming and potentially dangerous. Cheap aluminium alloys are par for the course; these absorb too much heat too quickly, causing the mould to distort after just a few pours. In such instances molten lead first runs into gaps forming edge flashing; soon spilling straight out the back of the mould as the temperature increases further. These cheaper metal amalgams are also prone to rapid wear and suffer excessive oxidisation (appearance of gritty white powder). And too often the specific weight of the finished lead isn’t even close to that claimed. Such moulds are useless, and ‘junk’ is not too strong a word to sum them up.

Now that I have got that off my chest let me tell you about some precision moulds available from UK HOOKS that buck the negative trends and set the mould world back on its axis. There are three different styles of mould all of which are individually CNC (computer numerical controlled) machined from superior grade solid aluminium block. The quality of the machining and the design intricacies are the best I have seen – better even than the excellent ‘Do-it molds’ from across the pond – and anyone with an engineer’s eye won’t fail to be impressed. 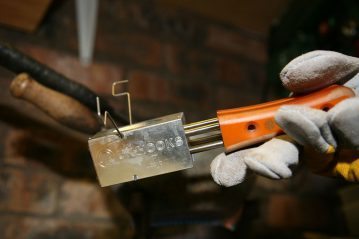 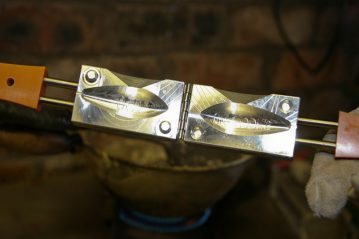 Mould faces are cut with studs/recesses to facilitate perfect alignment, and gaseous ventilation treads to assist trouble-free pouring. Moulds are fitted with strong stainless hinges and handle ports to take plug-in handles. Custom handles are sold separately and fit all of these UK HOOKS moulds, so one set of handles fits all if you purchase multiple moulds.Each handle sprouts two robust metal bars from a tough, heat-resistant plastic grip. To attach to a mould, simply slot the handles into the circular ports on either side. The handles are a good tight fit, and push in and remove in a blink. 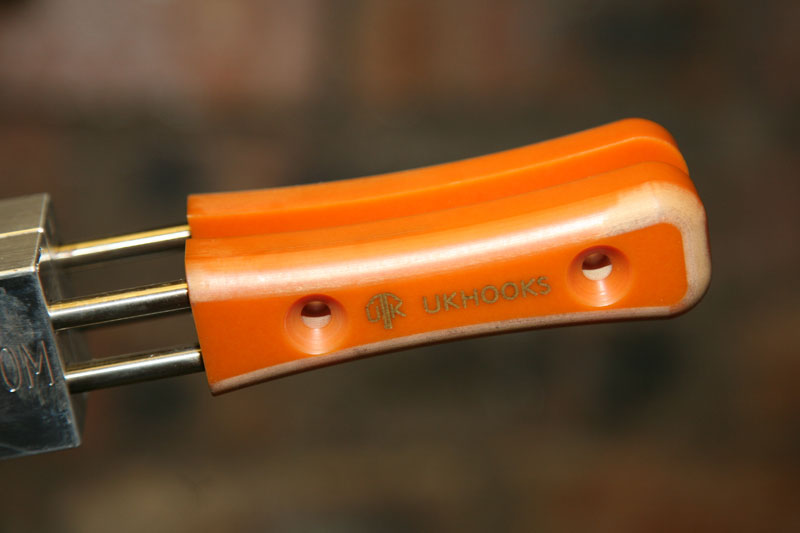 I made a stack of leads from these moulds and they perform as well as outward appearances suggest. I used the moulds from cold with no preheating or false pours to pull the metal up towards a working temperature. The generous pour cavity and wide ‘well’ in the top of the mould swallows even lead pored stutteringly, and I experienced no clogging or pain-in-the-bum part-pours.

Available in 100, 125, 150 & 175g versions, the lead produced by the CNC Casting Bomb mould is a plain beach lead very close in appearance to the classic DCA lead. The finished lead is subtly different in form however, with the weight bias focused slightly more towards the nose. These cast a dream on the beach, flying through the air like a proverbial bullet. The mould is etched to display the actual weight and the UK HOOKS logo clearly on the leads. 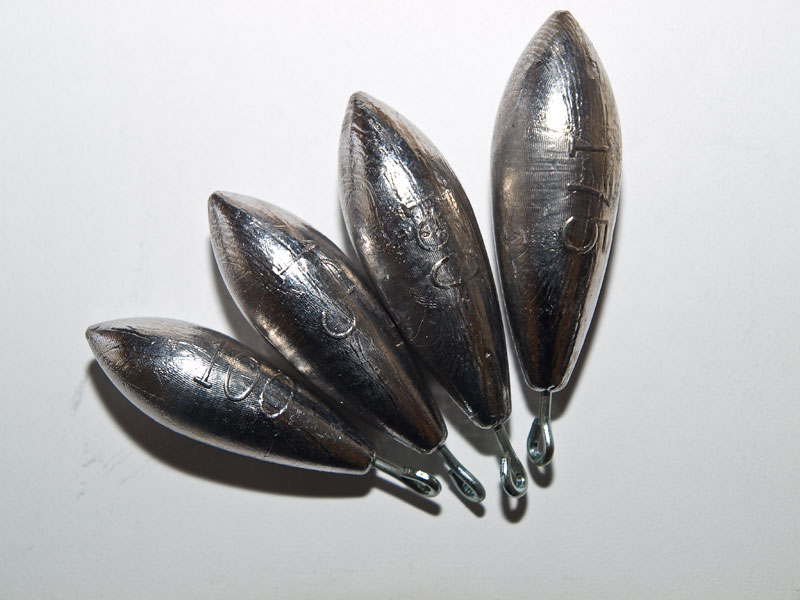 I have the 150g Casting mould, and worked with good clean lead. Of 20 leads weighed, accuracy was to found to be within 1g – that is top notch. I would go as far as to suggest that if the United Kingdom Surfcasting Federation (UKSF) are looking for a new regulation lead in the absence of DCA, then they should give very serious consideration to those that the UK HOOKS moulds turn out. Casting bomb moulds are £52 + vat.

The Beachbomb grip lead mould comes in 3, 4, 5, 6, 7 & 8oz sizes. The 7oz and 8oz moulds are just what the doctor ordered to cover beach/rock extremes and winter fishing conditions, and a good 8oz grip-lead mould is long overdue. Moulds are diagonally drilled for grip wires, and the dummy wires locate right through the mould without any irritating snagging. I tested the 4oz mould, which is a pleasure to use with the handles fitted. Lightly oiled, the dummy wires are easily extracted leaving ample passage for even the extra thick 1.6mm wires that I like to install. 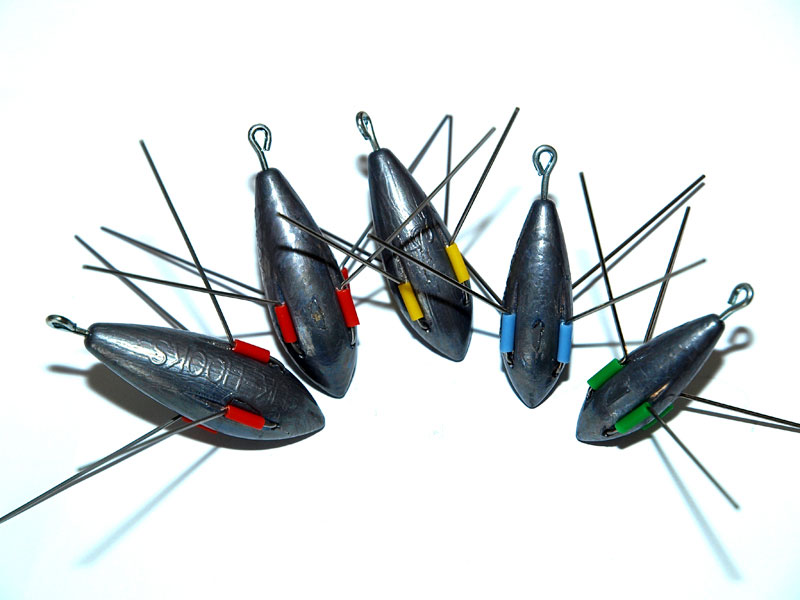 This lead is aerodynamically similar to the plain casting bomb as described above, but closer in appearance to the original DCA design. Grooves in the side lock the swivelled grip wires when fitted, and the design allows wire tension to be painlessly adjusted. Made with the special integral bait clip tail wire, these leads are super bait-towing missiles. Beachbomb grip lead moulds are £55 + vat.

Of the three test moulds this is my least favourite for no reason other than I prefer the Beachbomb style of lead. The Hooker is more elongated in shape, and closely resembles the lead from the once very popular DCA ‘Gripaway’ mould series. 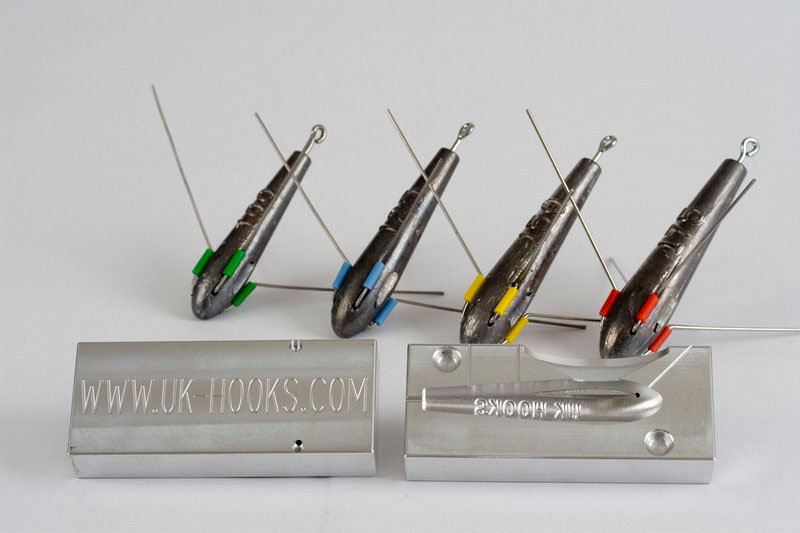 The Casting, Beachbomb and Hooker moulds produce beautifully formed leads like clockwork. Leads drop straight out as soon as the CNC moulds are opened, and there’s absolutely no requirement to candle-soot the interior, or brutally gouge shiny new leads to bloody death in order to break them out. Good handles, robust hinges and failsafe alignment ensure quick-fire production and an end product that other mould makers can only dream of. The quality of the moulds is reflected in the price at around £60 a pop, but excellence costs and this is money well spent. I battered out around 100 pristine leads in around an hour, which compares to around 40 in the same time with my two-part original DCA moulds and first generation Namix sinker moulds. Even if you knock out half this volume that £60 outlay can be recouped within a couple of hours. Consider that.

Products this good have a nasty habit of disappearing without trace after a time. I am not suggesting this is inevitable here, but if you require the means to produce great beach or even uptide leads to order, then I’d grab these moulds while you can. 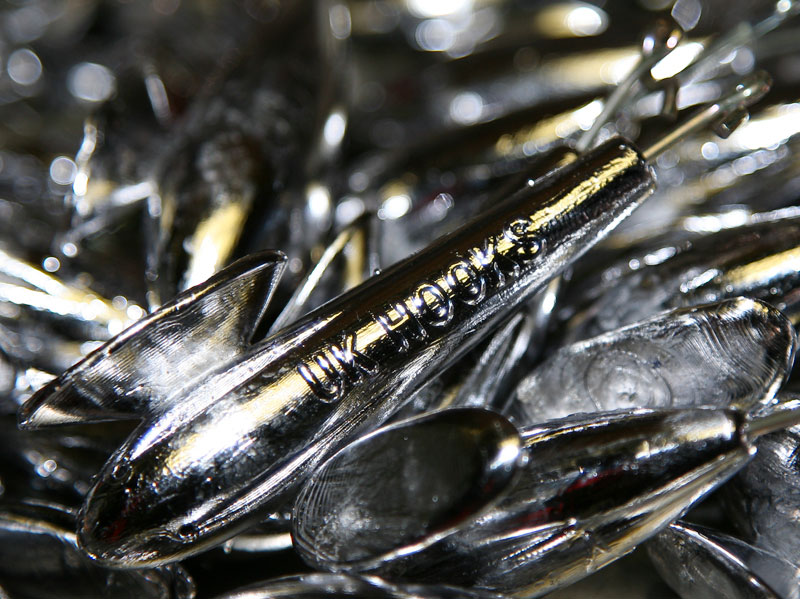 All moulds are exclusive to UK HOOKS. A full range of lead making accessories including bulk packs of grip wires, tail wires and plastic rollers are also available.

Hi how would I go about purchasing a a uk hooks 7oz beach bomb mould these look a great product.

Unfortunately the owner of UK Hooks passed away and I am not sure when new stock will arrive.