Punch-packing black bream are spritely, sporty and hard as nails. Here Jim O’Donnell reveals all you need to know for targeting this prize fighter.

Black bream could be described as the toothy critters of the inshore shelf – obliging on most days and under most conditions. With an addiction for their hard fighting qualities especially on light tackle, many anglers specialise in bream fishing. The other side to bream, at least in some of the English south coast, is the dogged reliability of a few inshore bream when conditions have proved rougher than forecast, or when other target species have failed to show.

Easily identified by its oval shape, the black sea bream is a silvery, scaly, metallic fish that is often tinged bluish with vertical banded lines across the back when fresh from the sea. From the family of fishes called Perciformes (meaning perch-like), they have a full length dorsal fin with spines, gill plates with a razor sharp edge and jaws with 4-6 rows of sharp teeth. 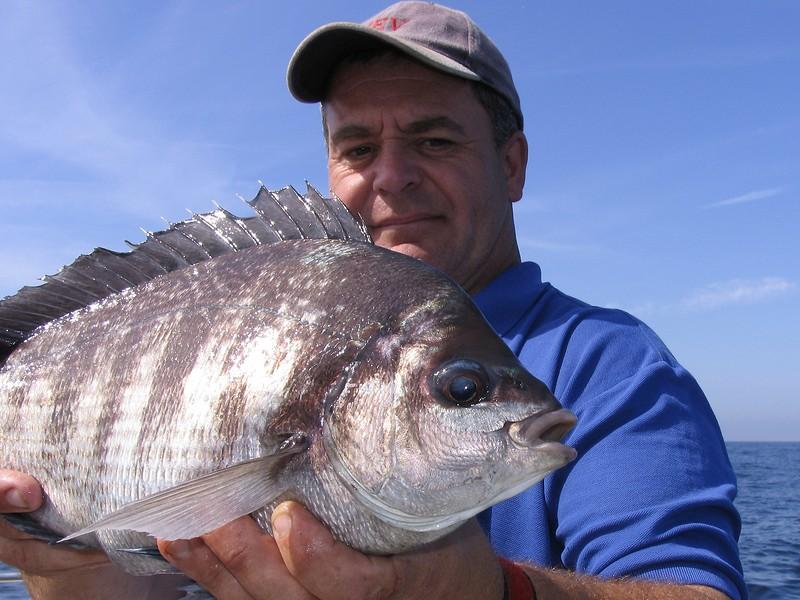 Black bream, like all British sea breams, are related to the many breams that frequent the Mediterranean. It is fair to say then that they are a warm water species. The thinking used to be that during the winter months, when the water is much colder, black bream migrated to warmer climbs. The truth however is that the fish push offshore into deep water where temperatures remain more consistent and tolerable. 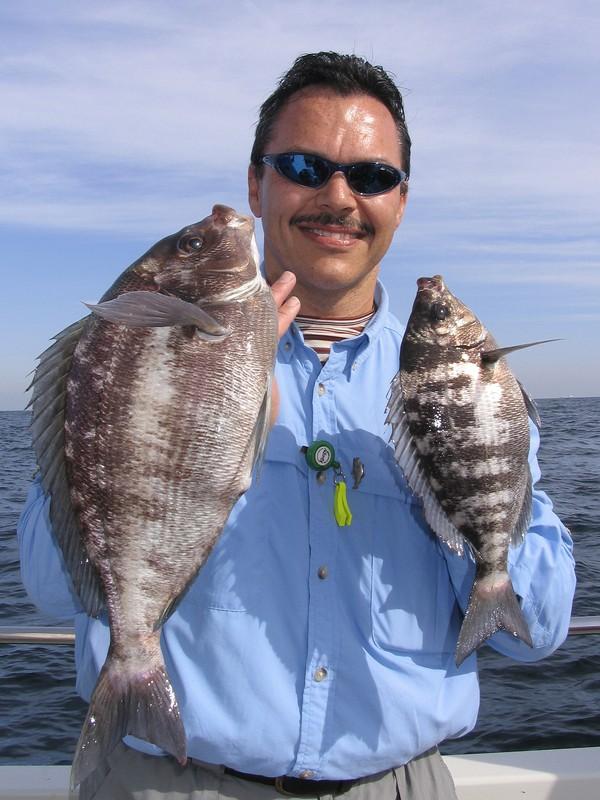 Bream turn up in the huge shoals in spring, and it generally goes that the intensity of the fishing increases with the water temperature as summer arrives. As autumn hits and temperatures plummet, inshore fishing for black bream winds right down as the fish make off for the deeper water.

When it comes to spawning and sex, black bream have much in common with various species of wrasse. Like the cuckoo wrasse, for example, the bream is a hermaphrodite. A hermaphrodite fish is one with the incredible ability to turn from a female to male. Apparently all bream are born female, only turning into a male fish, in order of dominance when one of the current males dies. Apparently one male will also look after many females.

During April each year the bream hit our coast after they return from their deep-water nuptials. This makes them not only accessible to the charter angler, but indeed anybody who owns a small boat. Some of the best and most consistent bream fishing does occur in shallow to moderate depths within site of land, but bream are also found out of sight of land on deep water wrecks and reefs.

Black bream favour mixed ground, but rarely are they found far from an underwater feature. Some wrecks will produce bream but day to day wreck fishing is not as consistent as reef marks and the hard ground around them.

With a small toothy mouth and a jaw action similar to a piranha, black bream are built perfectly to feed on seaweeds and small invertebrates, especially crustaceans that take home over flat hard ledges, including chalk beds. Early in the spring, shoals will frequent marks with a moderate depth, but as the core water temperature increases towards mid summer, thousands of bream move inshore into beach, estuary, pier and harbour areas.

When the tide is slack or has little run, black bream will come up in the water column. But as the tide starts to run they usually will move to the bottom. This pattern of fish behaviour can be clearly witnessed watching an echo sounder.

Black bream can be caught from the four and more corners of the UK, but in spite of global warming the fact remains that if you were to draw a horizontal line through the country, the southern half experiences better bream fishing. This would confirm that they are indeed a species that enjoys warmer water.

Bream can often be found in huge shoals where fishing can be three fish per drop for the duration of a tide. Recent history clearly shows that localised bream populations are not inexhaustible however, and returning the majority of fish is of the utmost importance. 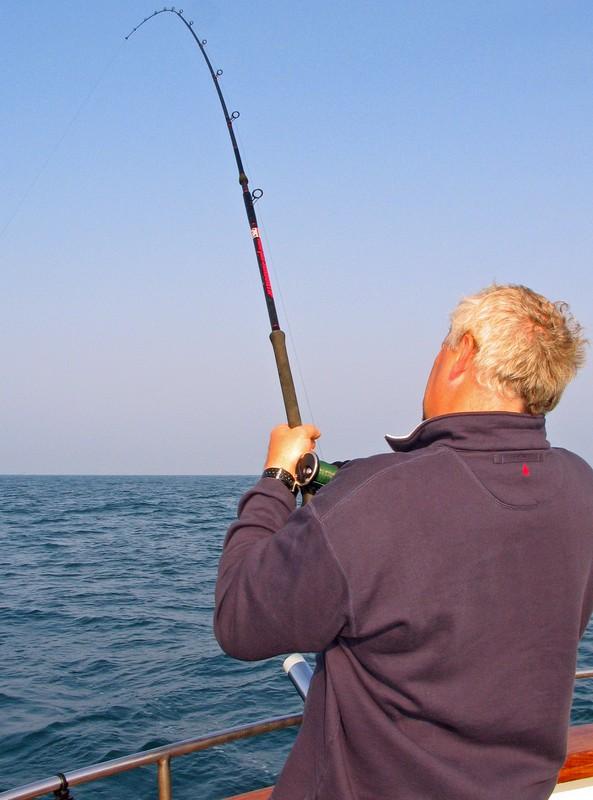 Black bream are the epitome of British saltwater sport fishing. On correctly balanced light tackle they will offer a pound-for-pound fight unmatched by most other species. On heavy tackle not only will fight be reduced, but bite detection can become harder. As with all fishing, the lead requirement will determine what rod you use, not the species. Depth and run of tide will determine how much lead is needed.

Always use the lightest outfit you can. In shallow water, with little run of tide, this may be a great excuse to fish with a spinning rod or light carp rod, whereas in deeper water, this may have to be stepped up to a 6, 8, 10, or 12lb class outfit, but always choose the lightest and this will increase the fight and provide more sensitive bite detection.

When using light tackle, it is important to balance the rod with a correctly weighted reel. A 5000 – 6500 sized multiplier will pair nicely with any light tackle outfit, and use fixed spool reels for fixed-spool rung rods. As for mainlines, bream are a species that bite fast and will often need a strike which is faster to set the hook. This, paired with a love for sharp rocky bottoms make braid the best choice by far. A good 15-30lb braid will increase bite detection, allow you to feel the seabed better, and due to the tide cutting property, allow you keep to fish with minimum amount of lead.

Although bream will come to the surface and can be caught using float tactics, when there is little tide, bottom fishing is by far the most effective method to target them afloat. When fishing over rough ground, keep it simple and keep it cheap… the correct bait is far more important than fancy rigs. 3-hook paternosters made with dropper loop knots can catch as many as three fish per drop when the fishing is fast. 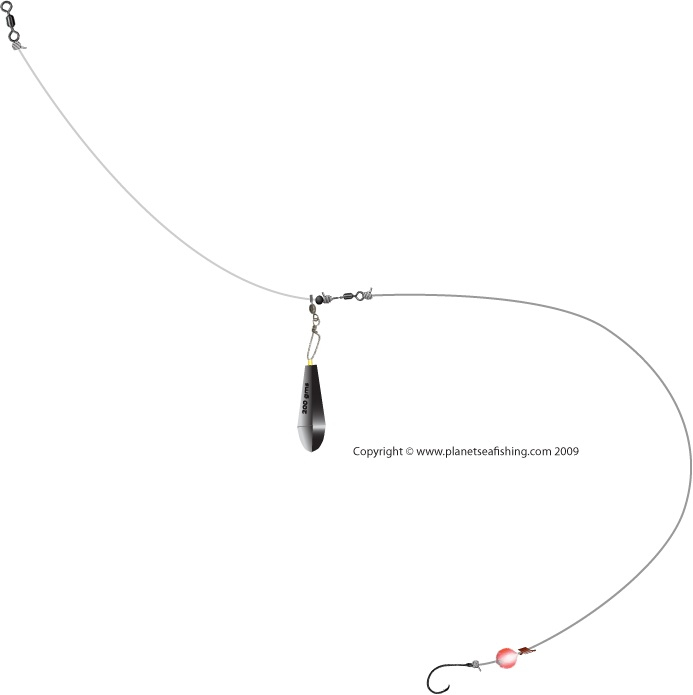 Simple running ledger rigs with 3 – 4ft trace lengths often account for bigger fish. You could hedge your bets with a one up, one down running rig. A single 8 – 10mm floating bead directly behind the bait can work well.

Hooks are the most important aspect of the rig. Bream have small mouths and bite fast, so hook size and quick set are paramount if you want to land fish. Carp hooks, some styles of circle hooks and ‘J’ hooks of size 1/0 and below will guarantee less missed bites. Small fast bites better suit hook patterns with a short shank and a reasonably wide gape. 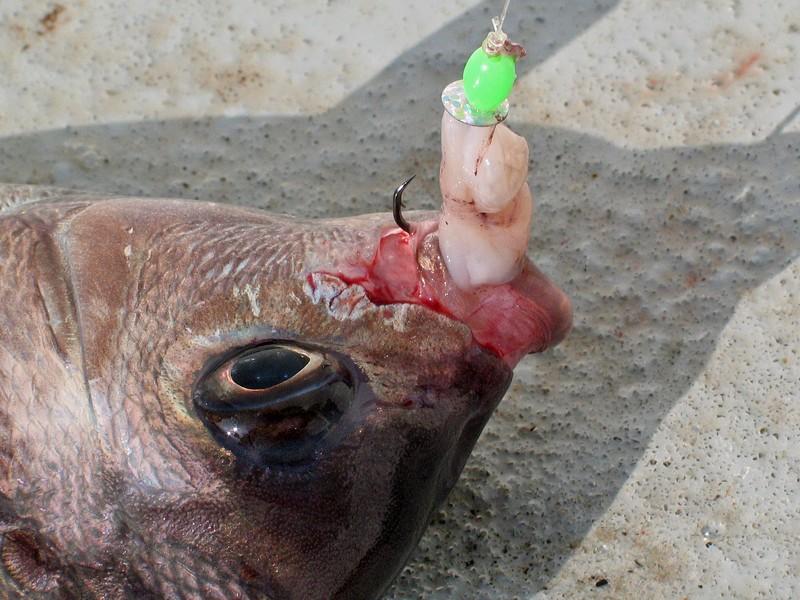 Squid strip, ragworm, mackerel strip and cocktails of them are widely and successfully used to catch bream. Other less considered bait such as limpet, hermit tails, scallop fringes, mussels also have their moments. Many large bream fall accidentally to live sand eel aimed at other species. Ground-baiting can be highly effective for all bream species.

Black bream can be found all around the UK. Good fishing can be found throughout Wales, the lower parts of the east coast, and the full length of the English Channel. The English Channel fish turn up earlier in the season and migrate later than the northern shoals due to the water temperature variance. Many of the biggest specimens come from the Channel Islands and adjacent English Channel ports – Littlehampton and Poole are noted for skippers that specialise in bream fishing. 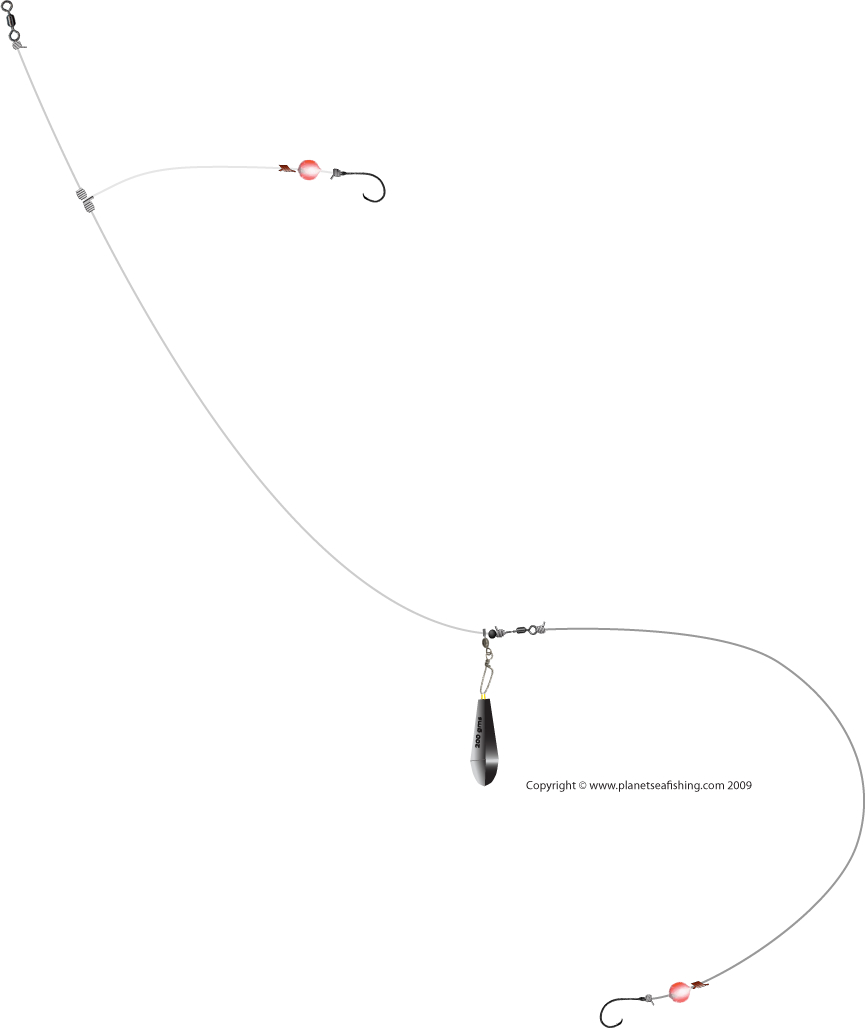 The current British record for the black bream currently lies at 6lb 14ozs, and each year there are many fish caught within ounces of this. A good bream is anything over 3lb. A 4lb fish is a very good specimen. If you catch a bream over 5lb you’re a very lucky angler!