A colourful selection of new Lightning Leaded Twintail lures is the latest addition to the range at onlinelures.co.uk. Davy Proudfoot put them to work over several boat trips out of Scrabster where they accounted for impressive numbers of cod and pollack.

Originally introduced to the UK by Roger Bayzand, Lightning Leaded Twintails from On Line Lures and Alderney Angling have been particularly effective for cod and pollack from the northern port of Scrabster this winter but they have a superb south coast track record over wrecks and deeper water reefs. Fished on around a metre of line from 10-inch wire or tubi-boom and slowly lifted and fluttered back, they have proved quite deadly on the drift in clear water. 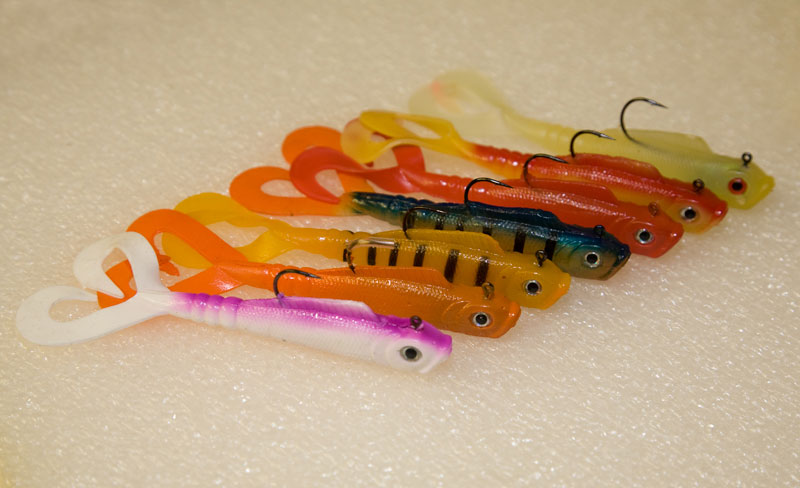 I found these lures most effective when worked close to the bottom over rough ground. On braided line the lure can be felt vibrating as the rod is raised. I took several fish retrieving up into midwater, but I found a slow lift and gentle drop back most effective. Takes were thumping affairs and normally came just as the twintail was settling back to the bottom. 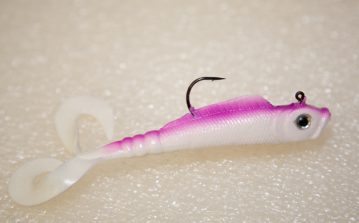 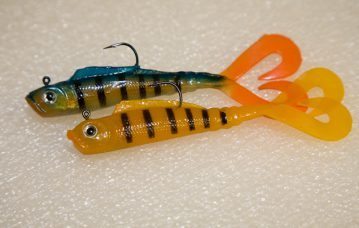 The Mustad Ultrapoint hooks are of a medium gauge wire and very sharp. The hook is set well back in the body of the plastic for better hooking, but not so far back that tail action is impeded. I worked in generally good water clarity, where the purple/white lure did the business. The various colours cover the main species bases and I would imagine that the luminous version will score well for cod in overcast conditions, or when there is a degree of colour in the water.

Lightning Leaded Twintails cost £4.99 for a pack of four lures from Alderney Angling.