Sea angling Kayak design followed more or less the same standard blueprint until the arrival of the innovative Freedom Hawk range, which changed everything.

Using his engineering background Dave Cameron, the founder of Freedom Hawk Kayaks not the other one, put his mind to work on developing a more stable platform for the kayak angler. Dave’s idea was to produce a kayak which could be safely used when standing as well as being light weight and practical both on the water and when transporting the craft.

After years of research and development the result is the Freedom Hawk range of kayaks with their unique outrigger design. Instead of the normal single hull used in ‘yak design the Freedom range have a split stern featuring two deployable outriggers. The outrigger system has been used for hundreds of years to provide stability at sea but until now the transportation of this style of craft has proved impracticable. 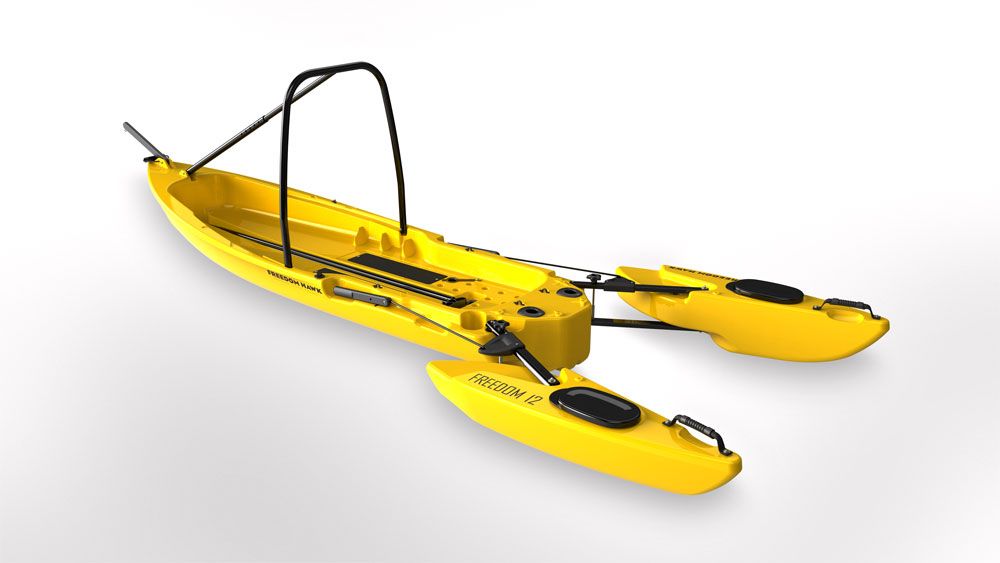 The outrigger pods form a normal kayak stern when paddling but through the use of levers on either side of the seat they can be quickly and easily deployed to provide a stable platform at sea. The outriggers can also be quickly removed for transport reducing the overall length of the ‘yak by approximately one metre (3’ 3”) depending upon the model. To assist anglers opting to fish in the standing position, the Freedoms are provided with a secure yoke or brace situated ahead of the sitting position. 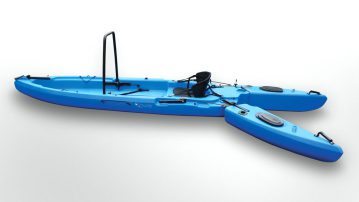 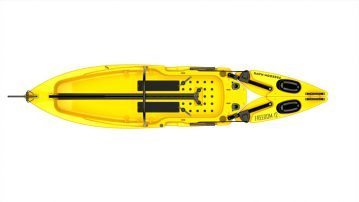 On the two smaller models the outriggers can be either fully deployed as a fishing platform or set to a mid-point for stable paddling. The Freedom 14 has only the normal closed position or fully deployed options.

Being able stand safely stand on a kayak will prove a boon for those saltwater fly casting, or throwing lures as the vertical position is much more comfortable for working the artificials. I can also see these boats being a massive advantage by providing a stable platform for the kayakers who are targeting big fish such as the common skate. The stability provided by the deployed outriggers will allow the angler to apply a greater amount of pressure on the hooked fish at the usual deep water venues. I can also see these craft being used successfully in the fjords of Norway and Iceland where the adventurous angler could tangle with the massive cod, halibut and coalfish. 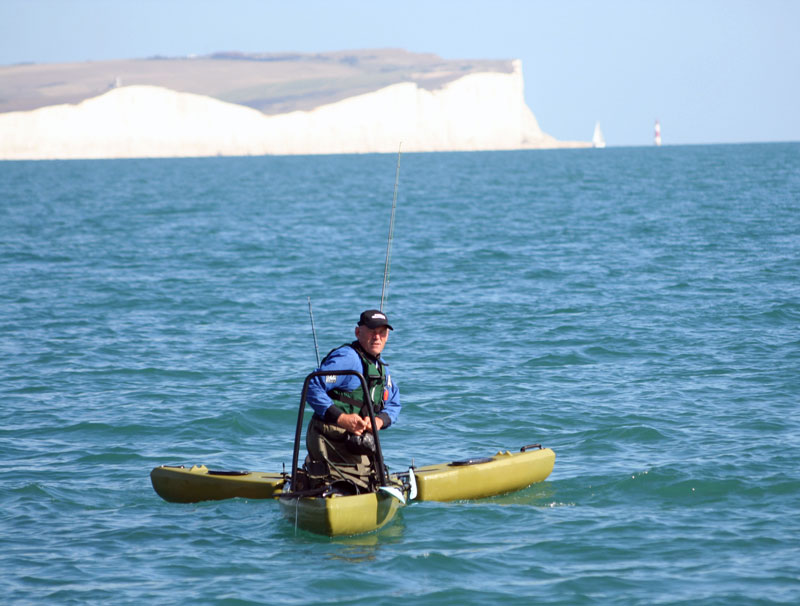 Not resting on their laurels Freedom Hawk intends to bring a larger model to the market in 2012 and we will bring you details of the new Pathfinder when they are released. For more details on this kayak range including the full specification and current prices contact Carl Bailey on 07919 342423 or visit the European website.

To view our features on kayak fishing including Neil Turnbull’s excellent articles.