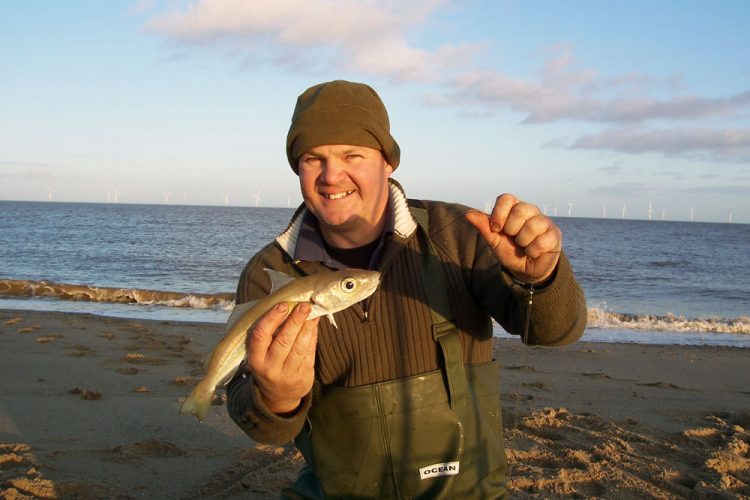 The recent run of poor catches continued in the Skegness Pier Angling Club (SPAC) match held at Drake Road, with anglers struggling to catch anything at all. A last cast specimen 1lb 3oz flounder saved the day for Kettering’s Dave Shorthouse, who added to his ever-increasing CV of match wins and also won the heaviest flatfish prize. Corby’s Dale Evans and Friskney’s Mark Holmes shared second place, each with a single 1lb 1oz flounder. Nobody else managed to break the 1lb barrier and Lincoln’s Neil Jackson won the heaviest round fish award with a tiny 2½oz (19cm) smelt.

Catches then picked up in the latest SPAC match held at North Shore Road, with the first of the winter whiting putting in an appearance. However it was resident flounders that won the day for Kettering’s Jim Robinson, who caught 2 fine specimens to win the Dave White Cup with 2lb 8oz. He also won the heaviest flatfish prize with his best flounder, which weighed in at 1lb 6oz. Dave Shorthouse had to settle for second place on this occasion, with 5 whiting for 2lb 3½oz. His best whiting tipped the scales at 13oz and won the heaviest round fish award. Mablethorpe’s Kevin Bebbington continued his recent run of good form, taking third place with 2 flounders and a whiting for 1lb 15oz.

The next SPAC match will be held on Sunday 23rd Oct from 1:30 till 5:30pm at Sandilands, with Club members fishing for the Hewison Cup. There is also an open section, which non-members are welcome to participate in. For further information please contact SPAC Secretary Chas Tibble on 07984 967988 or chastibble@hotmail.com