‘User friendly’ is an overused term but Daiwa’s new Theory beach rods are earning swift plaudits for easy performance at a surprisingly competitive price. Iain Graham takes the 13ft multiplier rod for a whirl on the beach. 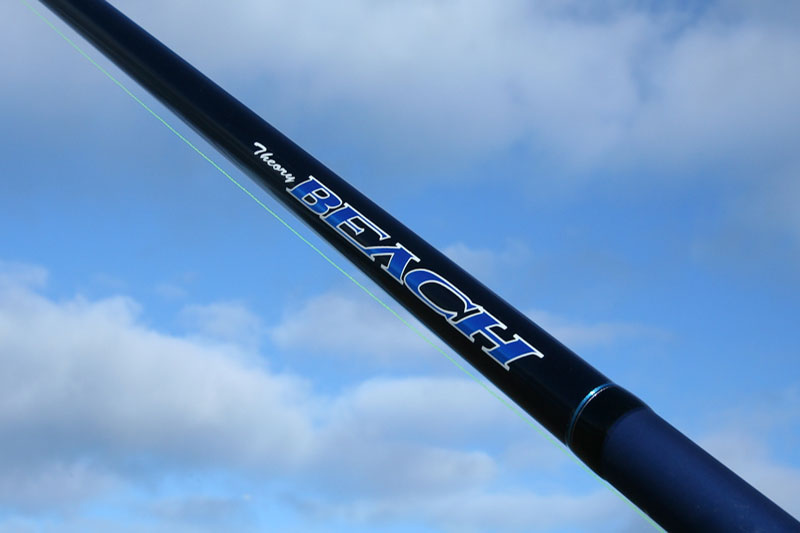 Daiwa have a habit of producing beach rods that work for anglers without any requirement to dial in excessive effort or critical timing. The new Theory beach rods follow exactly that ‘easy’ theme. There are 12 and 13ft multiplier rods; 12, 13, 14 and 16ft fixed spool rod versions and a dinky little 11ft 6in Theory Bass rod.

The 13ft/3.96m multiplier version trialled here comprised of two equal sections and was rated to cast 4 – 8ozs. Such gaping lead spectrums always worry me, and I would prefer to see a more idiot-proof optimum lead + bait loading that leaves no doubt as to what a particular rod will do well. My initial handling of the Theory before a lead was cast guessed the ideal lead at the standard 5-6ozs. 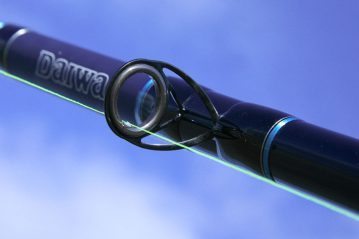 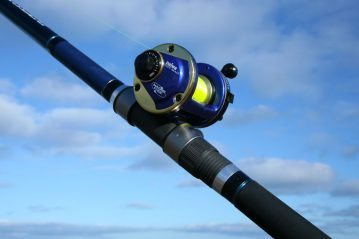 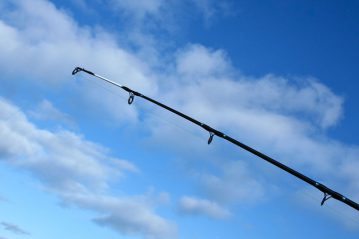 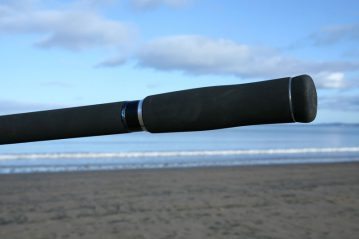 If there is an underlying core design draft for every Daiwa multiplier rod that has been made in the last 20 years, then it would follow a loose plot of stiff butt, submissive middle area, and softer top third. This is not a criticism, it is somewhat refreshing in fact to see a company sticking to their guns and delivering what might be described as a stalwart UK beach rod that in the main is not afflicted by continental styling or application. It will come as no surprise then that the Theory does not deviate from the trusted design criteria.

All the more expensive Daiwa rods and many others are made in the UK, but some of the more competitively priced rods come in from their overseas facility. I can’t say with certainty but I suspect given the very manageable RRP of £135 for the Theory THB13M, and a special introductory offer price of under £90, that this range of rods is likely to have been produced overseas. Regardless, the stringent Daiwa quality is very apparent.

The first thing to jump out at me when setting up to cast with 5oz of lead was just how high the reel seat is fixed in place. It is a good 4 inches too high for someone of average height (see the picture below), and is more ideal for someone of 6ft 2in. With the butt cap in my armpit, I should ideally be able to comfortably reach the centre of the reel seat with the thumb of my casting hand. I am a big lad but even I was comfortably outreached by a couple of inches. Extended reel seat placement is something common to many continental rods, and this is perhaps the only concession made to that particular ilk. 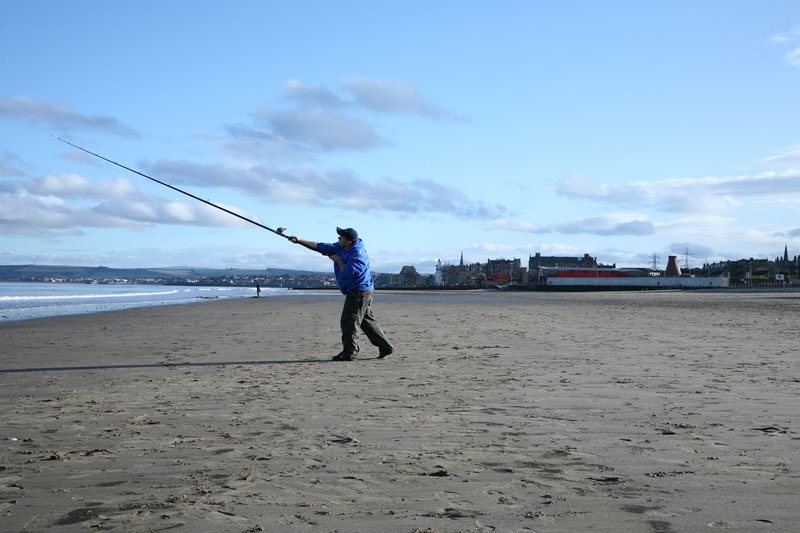 The rod was very responsive and easy to get on with. My first couple of simple overhead casts demonstrated clean release and respectable fishing distances without much thought to technique. I had to adjust to the rather alien reel position, but any initial awkwardness soon melted away as I slipped into the casting bubble.

Let’s be clear, the Theory is a fishing rod, so my next move was to notch things up to a more powerful ‘fishing’ cast. The fishing cast I use when I need decent distance isn’t complicated: keeping the arms high, I basically slowly swing the lead out behind me on a drop of around 8ft; allow the lead to fall back under the rod; turn and hit it. This more powerful cast really compressed the rod. Distances were good and exactly what I would expect for the bit of extra effort.

The compound taper tip is a clever hybrid of steel and stealth, delivering good lead control in setting up the cast, easy compression during casting, and pronounced bite detection that would be further amplified with braid in the rod rest. The Theory is tolerant of variances in technique and it doesn’t bite back unexpectedly to undermine user confidence. 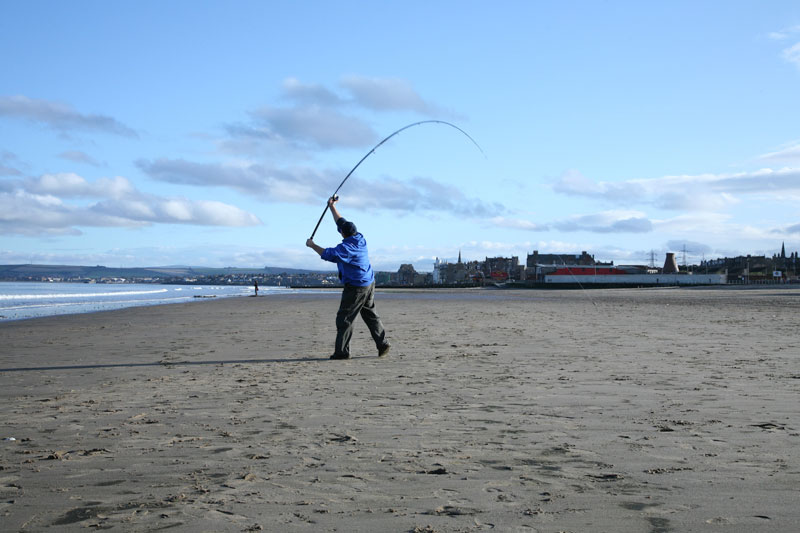 I repeated the casts with 4oz and 6oz leads, which the Theory rode very easily. If I had to tag the Theory with an optimum performance casting load however, then it would 150g or 5oz plus bait.

The reel seat is 4 inches too high for the average angler but I quickly got used to it. This is not a stiff rod, a tournament rod, or a rough ground rock rod, but neither is it some rhubarb-like, limp spineless effort. A lovely rod for clean beach fishing, it is also more than capable of coping with a few snags, double figure winter cod and powerful summer smoothhounds. Bite detection is superb in keeping with a long line of Daiwa predecessors. Despite the ‘multiplier’ tag, given the position of the reel seat and proximity of the first guide, I would also be happy to use a fixed spool reel and a braided line with the Theory THB13M for middle distance work with a no frills overhead cast.

At well under £135 via the various mail order and Internet outlets, this is an awful lot of rod for the money. In my opinion this Daiwa Theory Beach offers more than a host of other rods costing much more. Anyone looking to purchase a pair of identical beach rods without bursting the bank would do well to consider the various Daiwa Theory options. Details of the full Theory collection can be found here.

Doing it all wrong