Doing it all wrong

Good bait goes hand-in-hand with good fishing… doesn’t it? Newspaper journalist and keen sea angler Ian Lindsay begs to differ, and says plenty of fish can be caught on ripe, rotten and positively rancid baits in spite of what experts say. 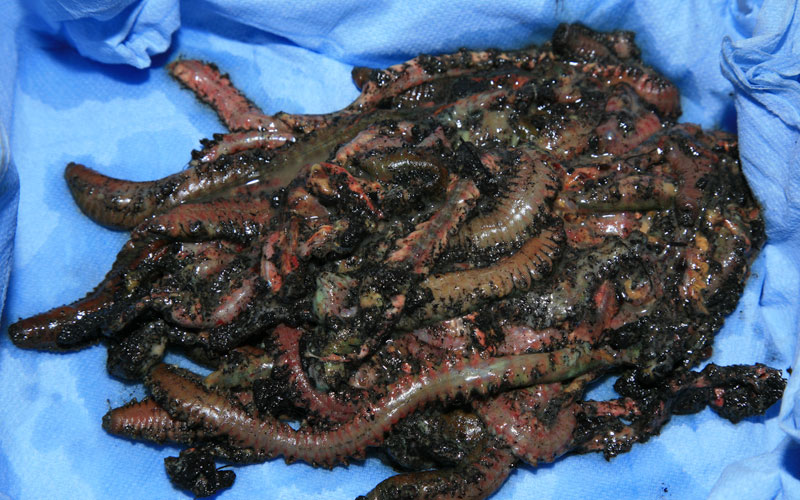 If I had to pigeonhole myself, I’d say I was an out-and-out ‘own-boater’ – sure, I’ve caught big fish and lots of fish on charter boats, friends’ boats, even off the shore once in a blue moon – but I get a real kick out of catching something new, or bigger, or even watching someone else catch something new or bigger, so long as it’s from MY boat!

That’s all straightforward enough, but I have a darker secret – I am an anti-bait digger! Now before you jump to conclusions, I don’t mean I dislike other people digging worms, but I take great delight from catching fish with all the ‘wrong’ things on the hook. I avoid any bait that requires physical effort unless there is no alternative.

One of my favourite catches, detailed in a previous article, was 60 cod on past-its-sell-by-date squid more akin to radioactive waste. Yet the know-alls in the mainstream sea angling press will always tell you that you must use super-fresh bait, and discard any leftovers. What rot!

In my opinion, there are times when ripe bait is far superior to fresh stuff – I’ll be the first to admit it doesn’t always work, but there are times when it dials the number of inshore codling in particular, and if you are brave enough to sniff some iffy squid, you’ll find out exactly why fish find it hard to ignore. 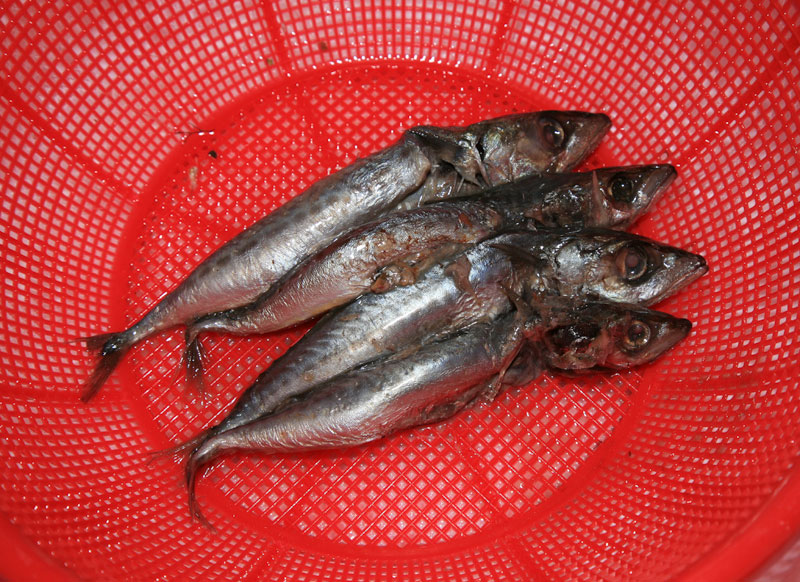 Dodgy mackerel is another bait which can work better when sane anglers would’ve binned it. One time I was fishing in the Sound of Mull area off Davy Holt’s Catchalot 2, and as it was deepest winter, it had been a long time since the mackerel I’d brought along had seen daylight. But it was all I had – yellow tinge, freezer burn and all. Naturally the other guys had superior bait, and had a good laugh at my offerings.

Yet it soon became apparent that the fish – spurdogs were the target – not only had no objection to dodgy festering mackerel, they positively preferred it, and it wasn’t too long till it was being begged, stolen and borrowed! These weren’t small daft spurs either – they were quality double-figure fish. 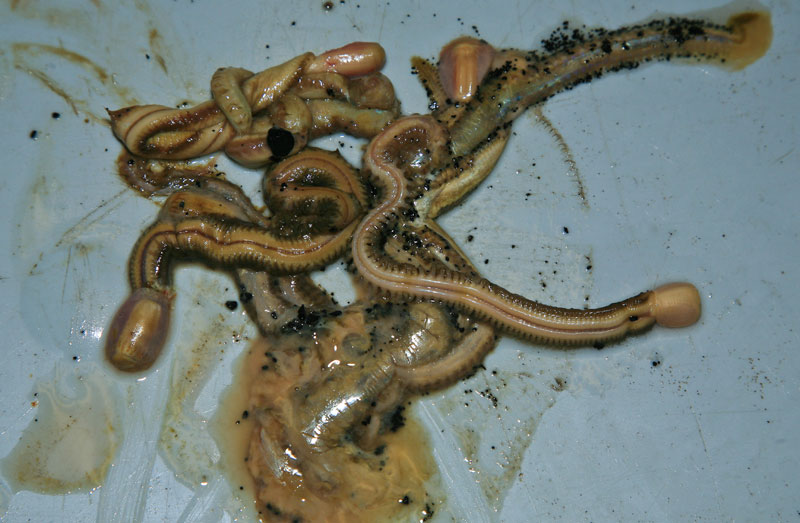 Another occasion saw me dig a bucket full of red ragworm, and unwisely store it in an outhouse on a humid August night. When I opened the door next morning a wave of heat hit me, accompanied by a very ripe pong, and to my horror I found the worms rapidly turning to jelly. Still, I had it in my head I was going up to the Red Rocks at Cove (near Aberdeen), dead bait or not – and by close of play I’d caught more dabs and plaice than I’ve ever done before or since! The action halted only when the still-degenerating bait got so soft it wouldn’t stay on the hook, even with elastic, but by that time I’d racked up 40 flatties.

My filthy habits don’t stop with off bait – I also like to catch fish on zero-effort bait, like supermarket prawns. I’ve had stacks of cod to 8lb, ballan wrasse near 4lb and the odd daft pollack on the shell-on variety purchased from the chiller at Asda. Oddly, these work as well as anything else from May till July, but you can’t buy a bite with them (or at least I can’t) after that.

Another lazy bait is the shrimp – while I load the boat I stick a dropnet over the gunwale, baited with a bit of mackerel and the secret ingredient if available – a crushed mussel or two – and little clear shrimps queue up to get into the net! These make good flattie and wrasse baits, though it’s one bang and they’re gone so you have to have your wits about you to use them successfully.

I picked up a small but very significant bit of advice from a potter about shrimping – and that is, don’t leave your net in for long – less than a minute does the trick at St Andrews. It’s all down to Nature’s pecking order – the shrimps are straight onto the bait, but along comes a big bad shore crab and they are outta there pronto! 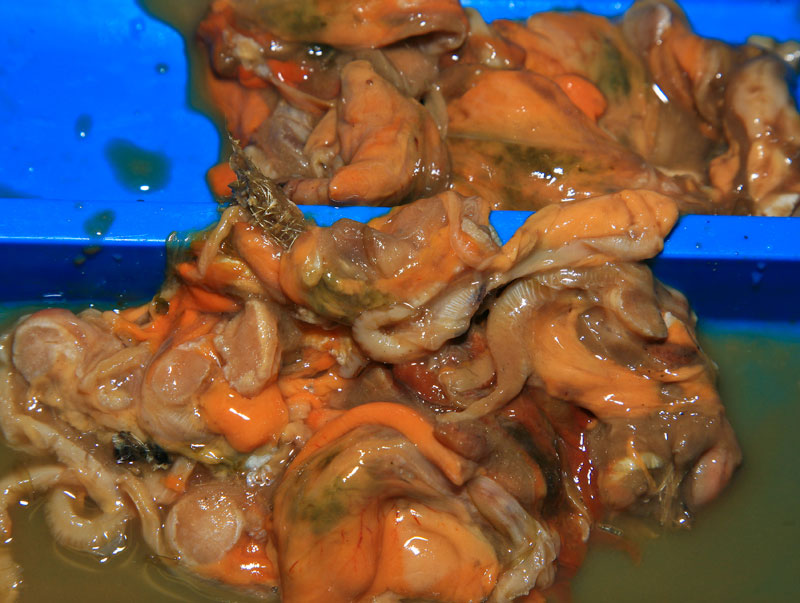 I won’t claim that I never use ‘proper bait’ but most of my cod take mackerel strip when boat fishing. Mackerel belly is also my No. 1 pollack bait of choice, though at certain times I will go dig ragworm (to avoid nuisance mackerel, which are out-and-out cannibals!)

Now you can call me a lazy sod or say I’m not a proper fisherman, but hey – I’ve topped 600 codling in a season and caught 100 in one trip, so what do I care?! It seems to me that many so-called ‘experts’ are really just experts on their own areas, and what goes in their backyard may be totally different to yours.

So don’t be shy about trying the unconventional – you may just find out a big secret or two of your own. And if you choose not to tell anyone it’ll stay secret forever!