Abu boat rods and I go back a long way and those in excellent Suveran range have long been my weapons of choice. But despite my love for the Suverans, they fell short of perfect. My main criticism has always been the combination reel seat incorporating the rod joint. This design is ‘pants’ in my opinion because the comfortable EVA foregrip has to be set a long way from the reel, forcing you to wrap a hand painfully around the slippery plastic instead. And it’s something has always bugged the hell out of me because the rest of the rod is almost above impossible to critise. This very point stood as my abiding gripe when I first reviewed the rod in 2003. To cure the problem I resorted to covering the reel seat in shrink tube and simply left the reel on the rod after coating the metal foot with Corrosion Block. This little fix made the situation better but it was a bit like trying to make a silk purse out of a sow’s ear. 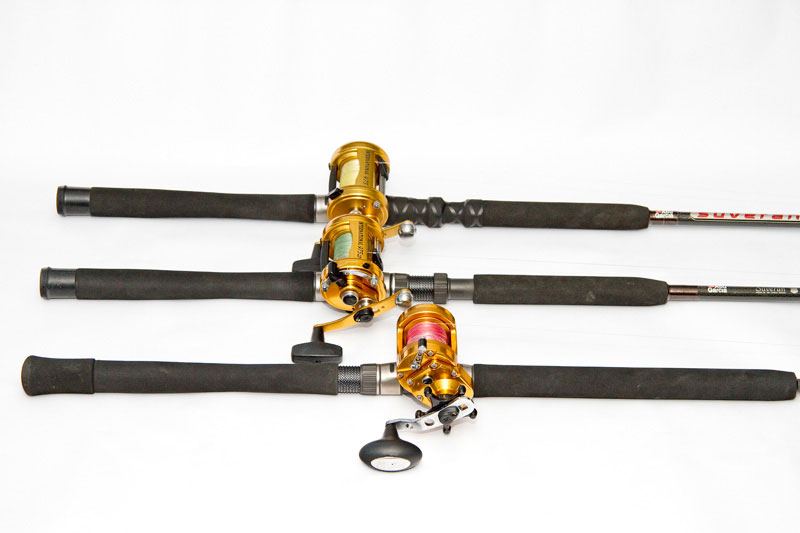 Seven years on and Abu have finally addressed the reel seat issue with the introduction of the new Suveran EVO. The Evo has moved away from the three variant 12-20lb, 20-30lb and 30-50lb designations and gone to a simple 12lb, 20lb, 30lb and 50lb line-up. I was presented with the 20lb class for review.

The old 20-30lb Suveran was 7ft 9in long which is a good length, but I always felt it would have better if made slightly longer. Perhaps in answer to my prayers the 20lb Evo incarnation measures 8ft 2in. A length increase is common across the range, with the 12lb at 8ft 6in, the 30lb at 8ft and the 50lb at 7ft 9in. To my thinking these lengths are a considerable improvement serving to modernise the range. The old problematic reel seat has been discarded and tip now plugs directly into the lower section above the fore-grip. The lower section comprises of a covered gimbal, an EVA lower grip, carbon plastic reel seat and generously long leading handgrip. This undoubtedly is one of the best handle and joint layouts around, thoroughly living up to the Evo name. The length of the handle behind the reel is the same as the old 12-20 and 20-30 models.

The new Suveran logo stands out well and the blank is immaculately finished. The base carbon cloth displays a signature vivid red tracer effect through the weave. Genuine Fuji gunmetal oval SiC guides are fitted, while whippings are brown cut with a central silver thread band. There are nine guides (seven single legs) plus the tip. A quick observation would be that oval SiC guides are not to everyone’s taste. The oval single legs fitted nearer the tip are easily damaged in transit and use, but the same guides superbly promote the true underlying action of this lively blank. Guide spacing is perfect, and there is no danger of the line coming into contact with the blank at any point. Highly visible reflective tape is applied between the final two rings. 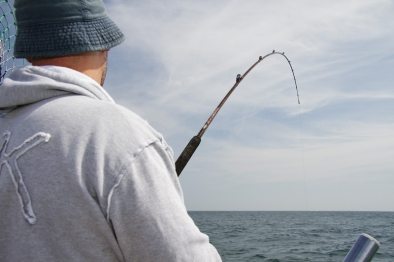 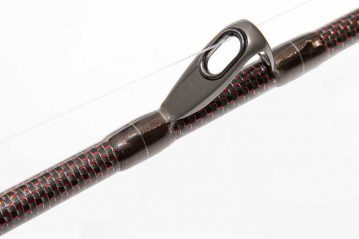 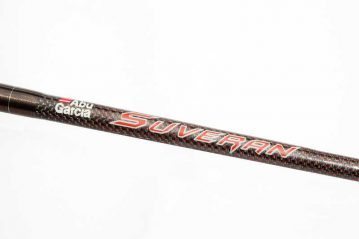 In use the Evo rod is everything a 20lb class should be. The tip is wonderfully sensitive; the lower area is reassuringly powerful, while the transition is classically Suveran and beautifully smooth. This very pronounced intrinsically fluid shift is exactly why I traded up from the old Abu Elite to Suverans in the first place. In all respects the new 20lb Evo rod is at least as good as similarly designated original Suveran, and it is one rod that I won’t be parting with in a hurry. But just to prove that I take note of musings other than my own, I enlisted another safe pair of hands to offer a second opinion. 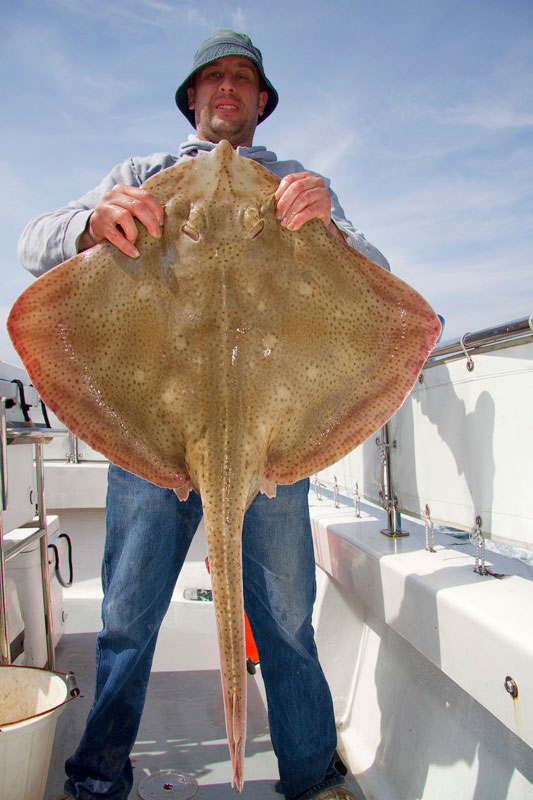 Lee Frampton, whom I regularly fish with, bought a 20lb Evo at the beginning of the 2010 season and was so impressed that he quickly bought the 30lb Evo. He had this to say: “The tips are light, sensitive with plenty of power in reserve lower down. The Evos are built and finished well and they are an ideal length at around 8ft. I’ve used the 30lb with up to 1.5lb lead with no problems while anchored for conger and tope. I’ve caught several fish to around 30lb and also and also used it for ‘hopping’ lures for cod. The 20lb Evo has been well used for pollack and bass on the drift, and it also has an 18lb blonde ray to its credit and copes a 1lb of lead. Line class ratings for each rod are smack on the money on and I like single line class rating. Fore-grips are ideally placed on both rods and I can’t really fault either. Probably nicest rods I’ve used and I am considering adding the 12lb to my collection.”

Having used and enjoyed the 20lb review rod several times now, I can only agree with Lee and endorse his comments. For more information go to www.uk.purefishing.com or get along to your Abu dealer.