Shore angler Iain Graham was uncomfortable with larger casting multipliers until an imminent trip to South Africa forced his hand. Choosing the powerful Daiwa Saltist STT30H, his verdict is an unflappable reel that eats the roughest rough ground and big fish for breakfast. 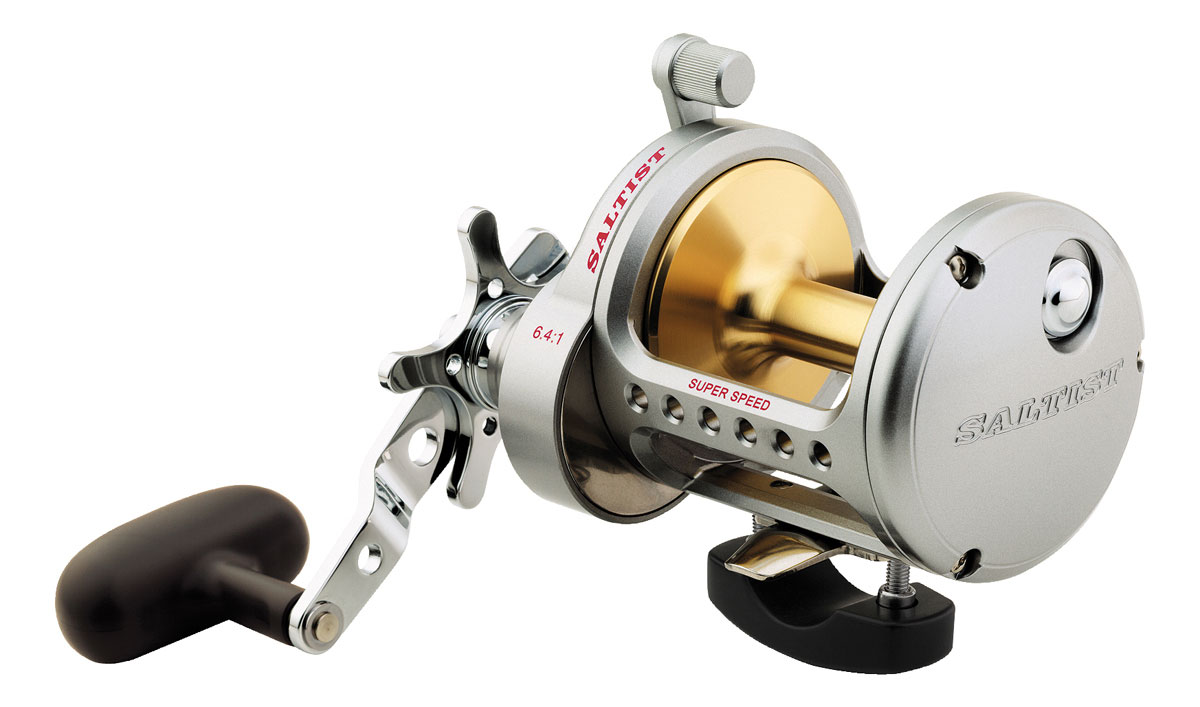 The Daiwa Saltist range of multipliers has been around for a while now and their credentials are firmly established. Resilient and steadfast by most accounts, the Saltist STT30H has become a cornerstone of many rough ground anglers’ tackle, having knocked the likes of the Daiwa SLOSH reels down the pecking order, and relegated the old Abu 7000s and 7500s to a cobwebbed shelf in the shed.

Preparations for my recent jaunt to South Africa flagged the need for strong reels that could handle big fish and long casting with big old lumps of bait. My normal fishing multipliers were adjudged too small and meek to cope with such strains, and I had little choice other than to break out the credit card out. But first I chased down opinions from other anglers, and the weight of favour heaped high on the Saltist STT30H was impossible to ignore.

I am not an avid fan of large reels for shore work unless there is just nothing else for it. I already have Daiwa SL20 and SL30 reels in my arsenal, but I normally opt to fish with the smaller Penn 525 reels because they are neat, fast and relatively robust. Privately, I worried that the Saltist STT30H would be too big for me, and I arranged to have a few casts with a one at a local casting day. The reel belonged to a friend and was worse than well used… it actually looked like it had been used to hammer nails in planks of wood! It was only three-quarters filled with rope-like 0.50mm line, the frame was caked in dried bait and it sported a liberal covering of sand to boot. I was fearful of hitting it too hard and thing exploding in my teeth, but I went for it anyway – and wow… was it sweet! It was silent and smooth, and I was quickly convinced that a couple of shiny new Saltist reels were exactly what I needed. 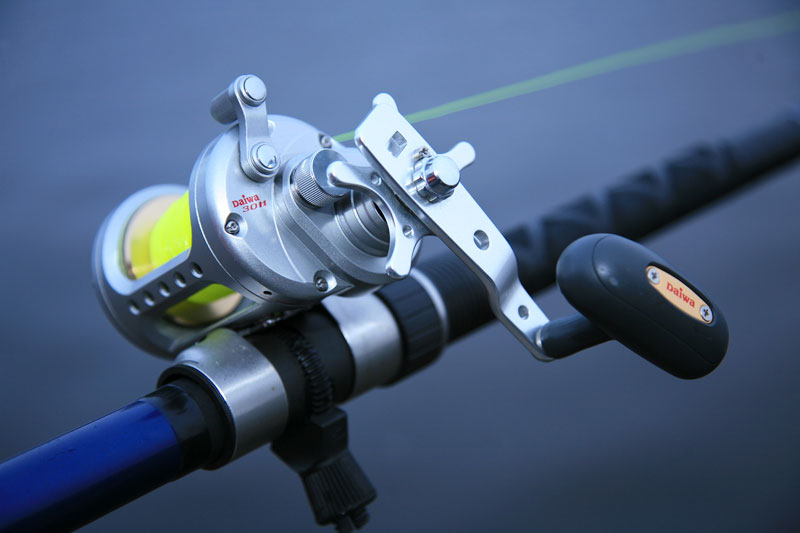 In the weeks that followed the entire Scotland international shore team tooled up with Daiwa STT30H and STT20H reels confident that these could handle whatever was thrown at them. The narrower, neater 20H model is the baby brother of the 30H and would come into play if smaller fish were the target. We worked through several intense practice sessions prior to flying out to South Africa and team opinion was that these reels were just the dog’s clackers.

The Saltist STT30H body is not as large as its SLOSH cousins (SL30SH, SL30SHV and SLX30SHA) and does not suffer certain ungainly issues symptomatic of bigger reels. Ideally suited to running lines of 0.45mm or more, the STT30H’s compact design means even someone with small hands can achieve a good thumb grip on the spool. The large spool release lever is operated manually, and there is no danger of casting momentum forcing the handle forward and unsolicited spool engagement. The spool tension knob is located behind the meaty star drag wheel and easy to access/operate, while the meaty reel seat is screwed to the rigid one-piece frame at four points, with no fragile tack welds or weak points. Other features include a large and very stable power handle, and good centrifugal brakes. The drag is one of the best I have used: it’s super smooth, and when tightened down provides consistent line release without that horrid jerking affliction that some drags suffer from. The silver finish is attractive enough but it does score easily if the reel is worked hard. 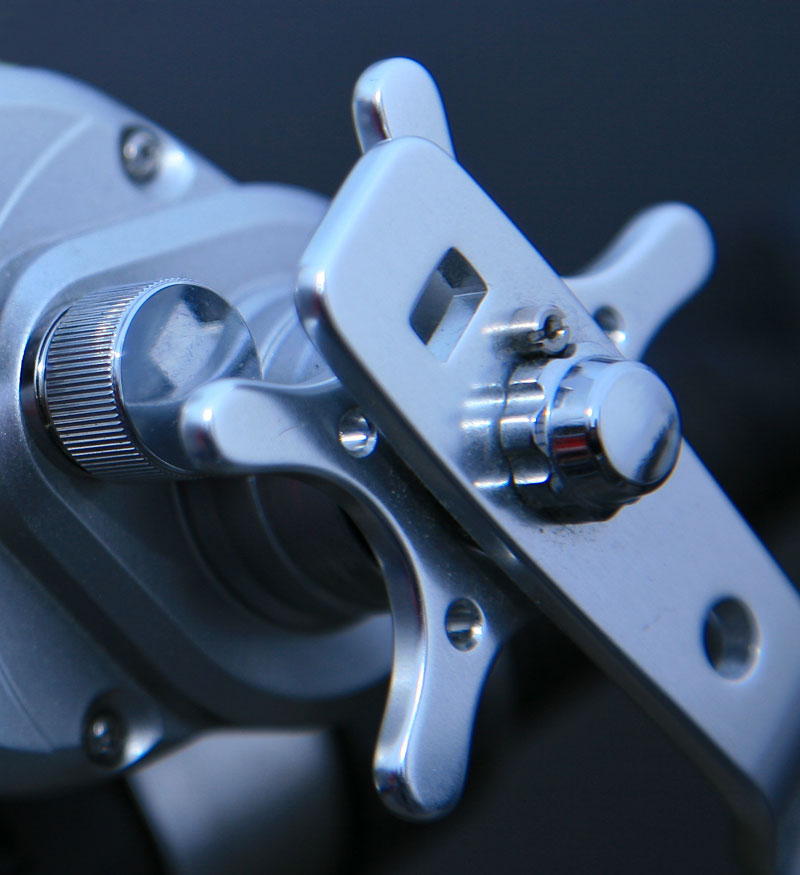 Several months on, I must concede that I am an more at ease with larger reels, something that I must give credit to the STT30H for. I found the Saltist STT30H an absolute pleasure to use. Smooth in all respects, with the boon of increased line capacity for use with heavier/thicker diameter lines… and it casts damn well too! The reel eats the rough rough ground and big fish for breakfast and has therefore been granted permanency in my tackle box.

There is little that the STT30H can be marked down for but a nitpicker like me can always find a niggle or two. The ratchet (clicker) functionality doesn’t score full marks as I feel it’s a little lightweight for a reel of this ilk. The ratchet button and internals are chunky enough, but for me, it needs more resistance, more ‘clunk’ and more pronounced ‘click’ if you will. This can be achieved with manual tinkering but interference should not be necessary. 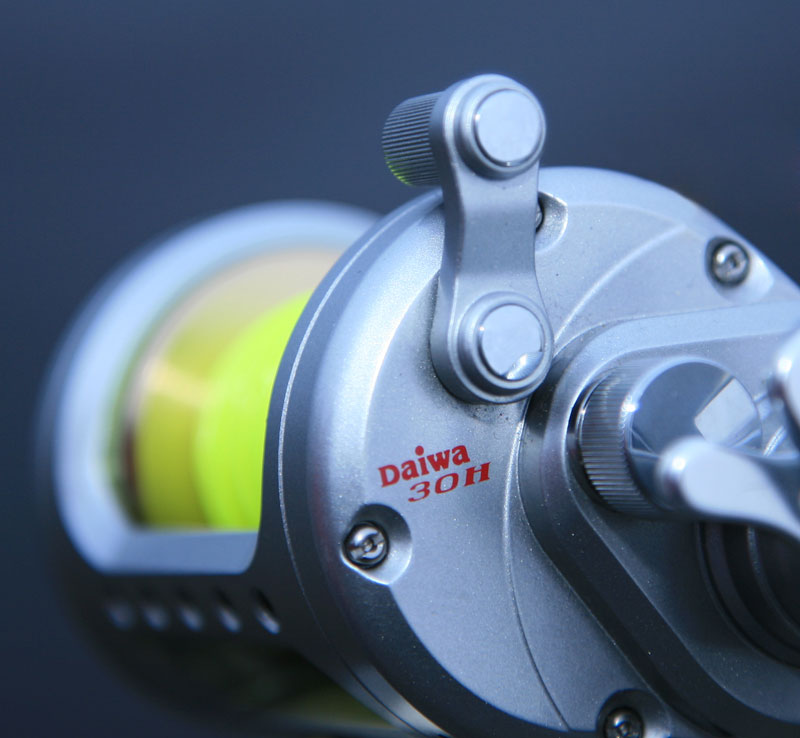 For the magnetic brake enthusiast there are several aftermarket conversions available that replace the clicker with a single neodium knobby magnet. With these there is no need to drill a cherished reel, therefore reverting back to the stock configuration is always an option.

As I’ve said already, the exterior silver paintwork doesn’t withstand much of a battering but this is of no real consequence to me because mechanical reliability and failsafe operability are what really matters. All things considered the Daiwa STT30H is an unshakeable workhorse than runs roughshod over the competition ponies. The STT30H and smaller STT20H carry RRPs of £185 but both can be purchased online for under £170 if you hunt around and short of the 2011 VAT hike.