The Eddystone Eel has been around for over 40 years now and they remain as effective a lure as they were in the early days of their evolution. I first came across them when preparing for a Plymouth trip in the mid-70’s and I still have and use some of those innovative designs today. They are still an impressive lure for cod and pollack with a great, supple tail action. 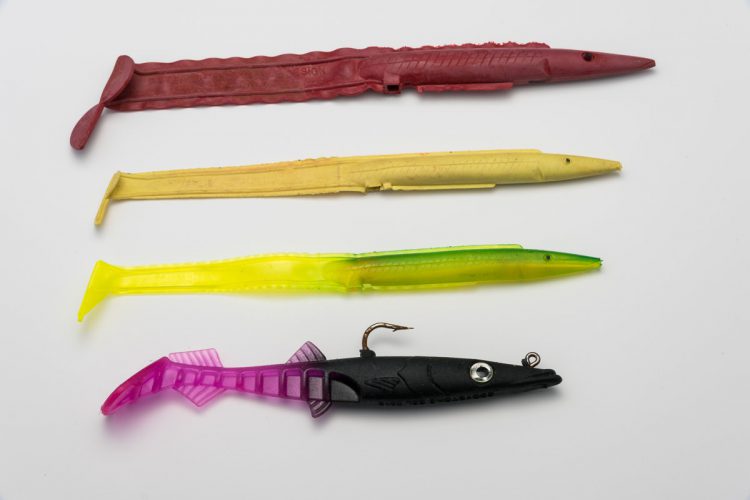 The current product catalogue still features eels modelled on the early design and are identified by the year number 1973. Various designs have evolved over the decades and the current pattern is known as the Eddystone Eel 2013. 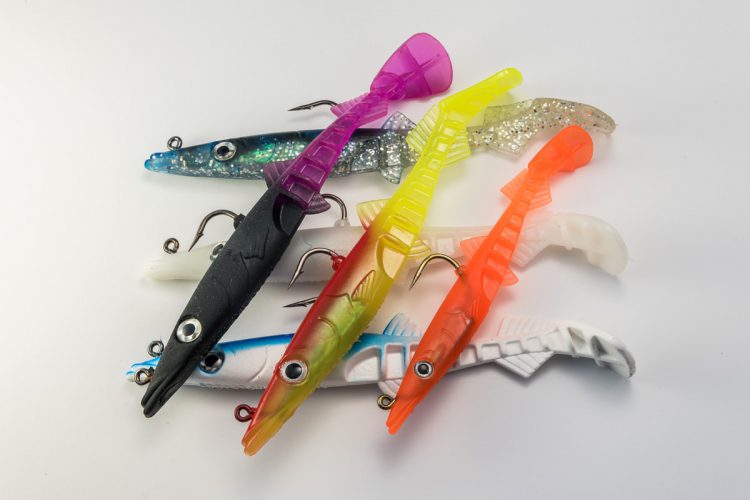 This current conception has a more stumpy profile than the original eels, tending almost to the shad shape. The concept of the fixed, moulded hook was introduced in a late 1990’s lure and together with inbuilt weight it continues in this latest model.

Having managed to get my Orkney boat back in the water this year I have given these lures a thorough workout targeting cod and pollack in my local inshore waters. The Eddystone Eel has proved extremely effective over the past 6 month boating hundreds of the two target species. 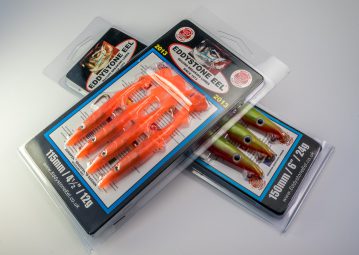 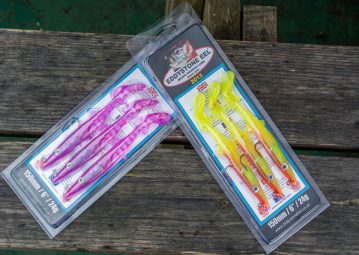 The plastic used in the lures is more robust than the vast majority of soft plastic available on the market and this has the advantage of survivability when the lures are getting battered by hungry cod. One in particular resulted in the downfall of 85 cod, and couple of pollack before I allowed it to pass into well deserved, battered and bruised retirement. 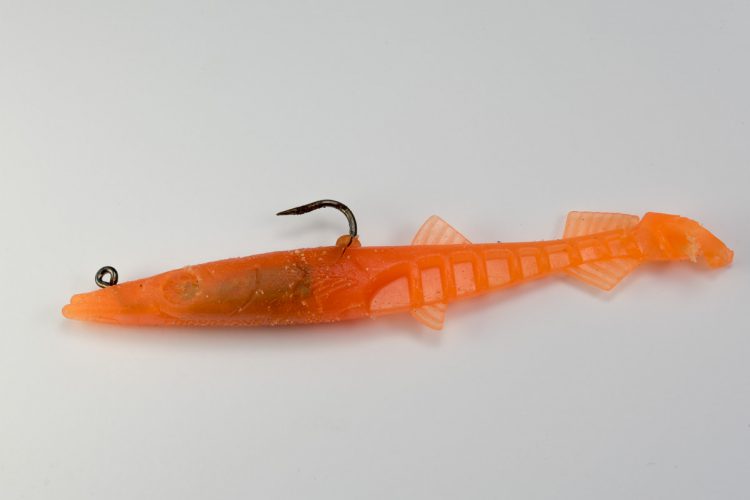 Despite the comparative inflexibility of the durable plastic the eel has an erratic, enticing great tail action which sends out tremendous vibrations at even low retrieve speeds. As well as a substantial paddle tail the rear of the body features ribbed flutes and fins which assist in the production of fish attracting vibrations. The hook and “leadhead” are encased in a head which replicates that of the natural sandeel. The placement of the hook point on the top of the body reduces the number of hook ups on rocks and seaweed.

When I first tried out the 150mm version of the eel I was convinced that the hook was on the small side and that the body would obstruct the gape. Hours of fishing showed that my concerns were groundless with cod up to the mid-teens landed and very few fish were lost after attacking the lure. I struggled to obtain photos of fish with the lure in their mouths as the vast majority of the cod in particular engulfed the lures, the hooks being lodged in their throats. In a couple of cases I had to gut the cod for the table just to retrieve the eel. 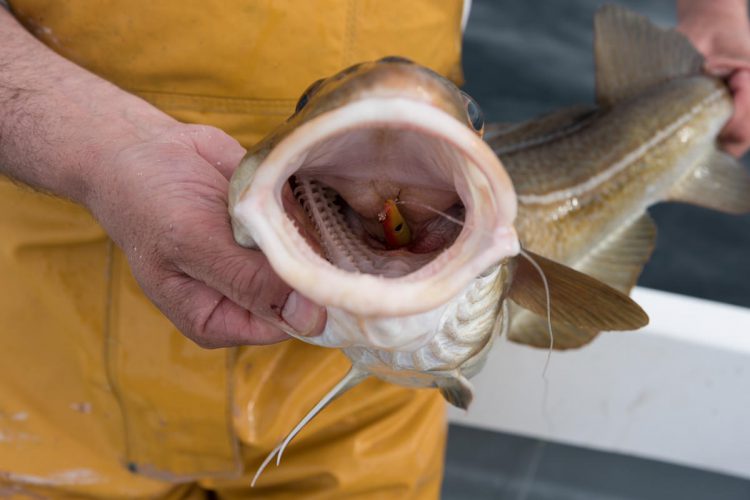 I found that the most effectual method to fish the Eddystone eel for cod from the boat was to use a one metre length of nylon below a boom or on a Portland rig. The weight used should be kept to the minimum required to keep constant contact from the drifting boat. After lowering the terminal tackle to the seabed, wind up a couple of turns before alternating between holding and gently lifting and dropping. The main line should be kept under tension as the lures were often hit on the drop. The hook positioning helps reduce the risk of snagging on wreckage, weed and rocks. 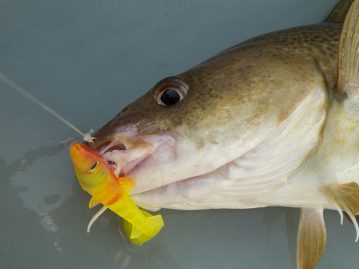 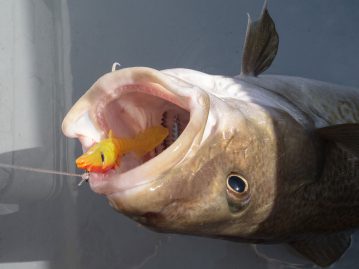 For pollack the slow retrieve method produces well as it covers the differing water depths where they hunt and feed. When the speed of the drift is around one knot it can be particularly effective to wind up between five and ten turns and simply hang the rig allowing the drift and motion of the boat to impart action in the eel. 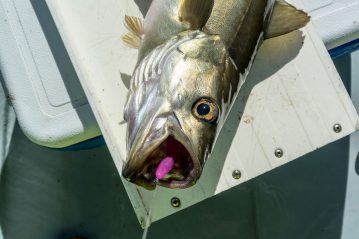 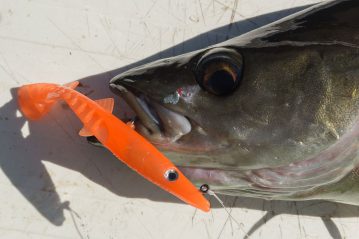 The eels come in a wide range of colours with the orange and yellow with the red back, rhubarb and custard, working well for cod and the black with the red or pink firetail producing the most pollack. I had hoped to try out the lighter colours for bass this year but unfortunately the weather worked against me so they are on the list for the next trip south.

While I used the eels mostly from the boat I did pick up a few pollack on the smallest size during a few shore outings. If fishing at depth from the shore additional weight can be added to the eels by threading a drilled bullet weight onto the line as used in the Texas rig. 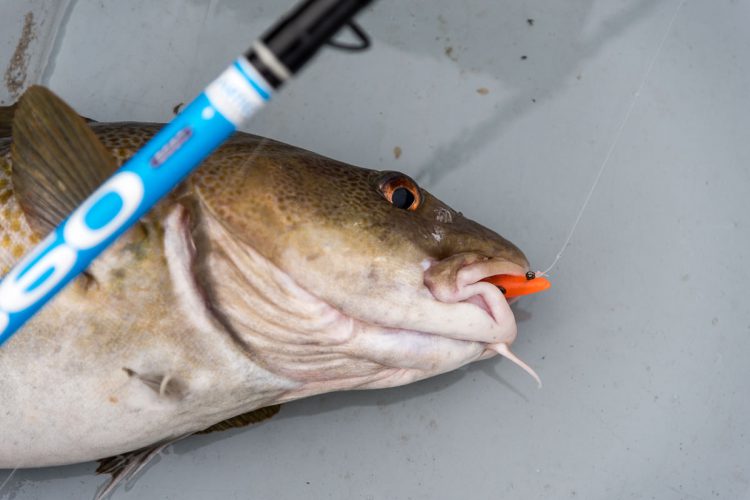 I would highly recommend that anyone targeting cod and pollack on lures, where the water is clear, should include a selection of the Eddystone Eels in their tackle box, they are an extremely effective and long lasting lure and next year I will step it up and try out the larger versions to see if I can find that elusive inshore twenty pounder.

The Eddystone Eel 2013 is available in the three sizes:

The Eddystones are available in a wide variety of colours including those which will suit the bass anglers. 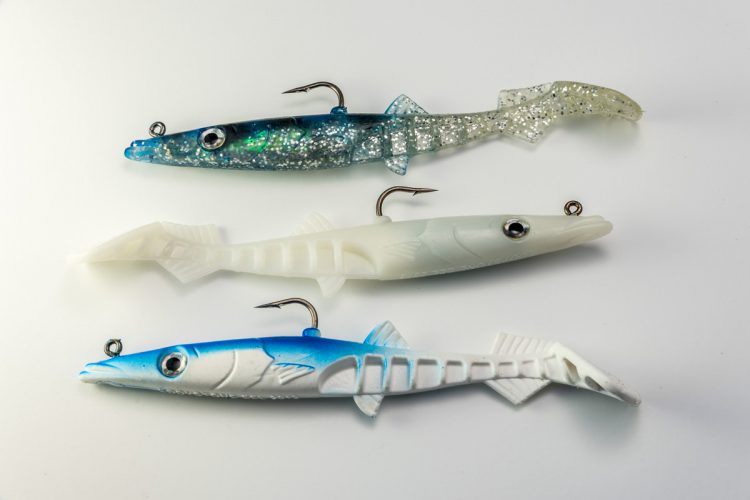 While the Eddystone Eel 2013 is a bit more expensive to buy than other soft plastic lures they are much more robust than most and will outlast the majority of the others ten times over, subject to avoiding snags, and present great value for money.