On Sunday night, Lancashire sea fishing member Dave Brown fished near Fleetwood, spending an hour on the flood near the point which only produced little codling and a dab. Dave then switched to the Cadet Base ready for the ebb and had a successful session fishing at 80 yards out with cod and whiting. Most fish were caught on a two hook, clipped down rig using half a sandeel and frozen black lugworm, while the majority of the codling were taken on a Pennel rig using black worm, razorfish and crab. 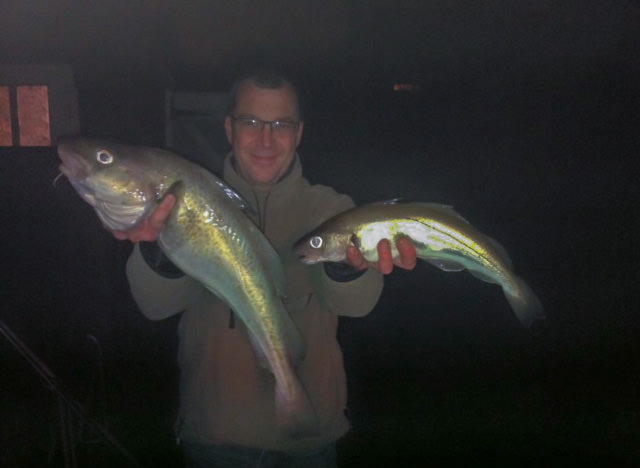 Matt James fished near Victoria Road, Clevelys on Sunday, where he enjoyed a fairly productive session with plenty of good double shots of decent bad sized whiting. The biggest measured 32cm with a fair few others around the 30cm mark, only other species was a tiny codling.

Wyre Boat Angling Club members Kevin Fletcher and his dad Brian fished off Rossall at the weekend and landed four cod weighing in at 1½lb, 2½lb, 4lb and 6lb. They also caught loads of small codling, whiting and a single dogfish. All the fish where caught on flowing traces with the bigger fish falling to fresh black lug tipped with razorfish. Another boat out at the same time had just the one 3lb cod together with whiting and two thornback ray, the biggest being around 7lbs. 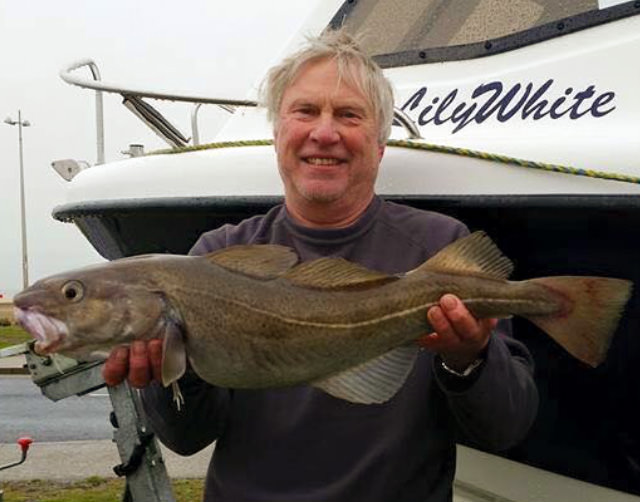 There were a couple of matches on Sunday including Bispham Angling and Lancashire Sea Fishing Fishmas match. 60 anglers turned up for the event and £361 was raised for the RNLI in the raffle which was sponsored by Kiddy Tackle Wholesale, Sidewinder, Nomura, Lineaeffe, Banax, Abu Garcia, Shakespeare, Berkley, Tronix Pro, Ultima, Gemini, Waterline Wholesale, Silstar, ASSO and Damiltech Solutions. The organisers also thank the anglers who donated raffle prizes and to Mark Thompson admin of Lancashire Sea Fishing Facebook group.

The match was won by Billy Anderson with a total length of 308cm, second spot went to Dave Marton with 276cm and third was Peter Lambert with 267cm Peter also won the longest fish prize with a 40cm flounder. The fish species caught during the match included codling, flounders, whiting, dabs and a few rockling.

Fleetwood and District Angling Club also had their match on Sunday at Beach Road in Fleetwood. Mike Owen reports that the match started off really well on the flood but quietened down after high tide. There were a total of 23 anglers who fished. In first place was Trevor Barnett with six fish for 33 points, second was Dave Hutch with five fish for 32 points and in third was Bob Ewan with five fish.