Jim O’Donnell pops in to Planet Sea Fishing and offers his tuppence worth on targeting and catching ling.

Ling come from a super-order of fishes called Paracanthopterygll (cod-like fishes). They have a cod-like chin barbell, extreme sensory glands on the head, and a long lateral line to detect anything that could be dinner. Colouration is similar to cod and they forage over the same seabeds. Despite a different body shape, ling offer the same edible qualities as a cod.

Both ling and its relative the cod can be caught using the same tactics and methods, but when it comes to fight there is no quibbling between which species it may be. Where large cod will lunge and give deep heavy runs, the ling will run and take line, using the length of its body in fury to shake for freedom which the rod tip relays in distinct rattling movements. 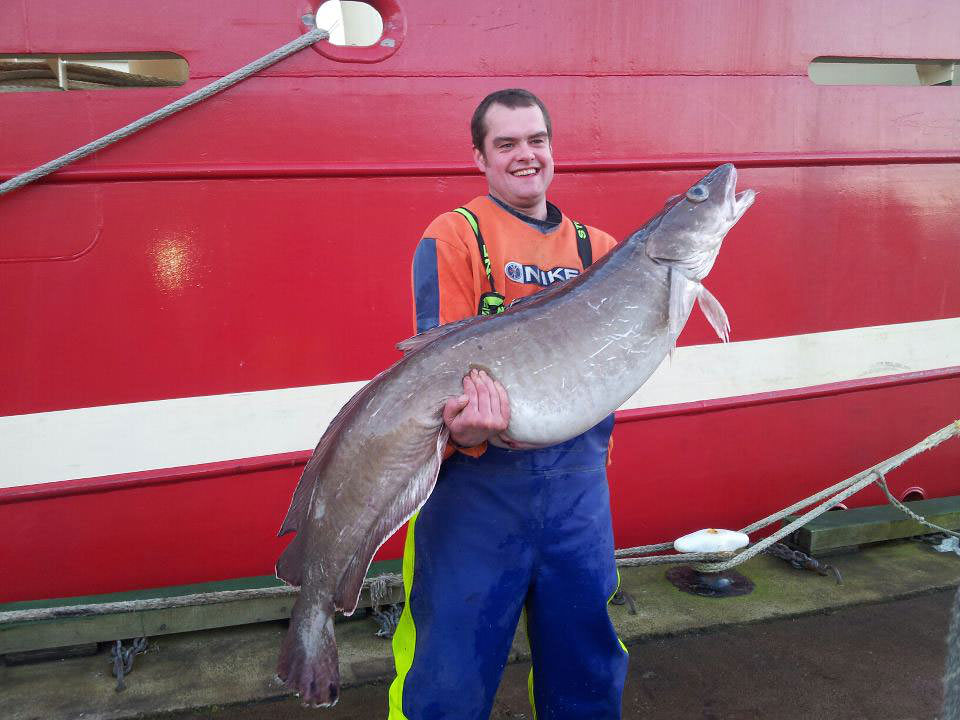 Ling average double figures in many areas but can potentially grow to more than 30lbs. They can be caught around the whole of the UK coastline, but there are better places and times for bigger fish.

Ling are predominantly an offshore species, and even though there is a British shore caught record, they’re a species that prefers deeper water often out of sight from land. In general, the deeper the water, the bigger the fish get. Ling fishing is more frequent in the summer time when fish are abundant, but bigger species will often be caught post Christmas, and during the wider winter when they feed up ready to spawn.

What big teeth you have!

Much like pike, ling possess awesome teeth: razor-sharp and ragged in appearance, they are covered in an anticoagulant, which basically means that if they don’t nail living prey first bite then it will bleed to death! Ling mainly feed on small slow-moving bottom fish like pouting, poor cod, wrasse and whiting. At certain times of the year crab and squid will also feature highly in their diet. 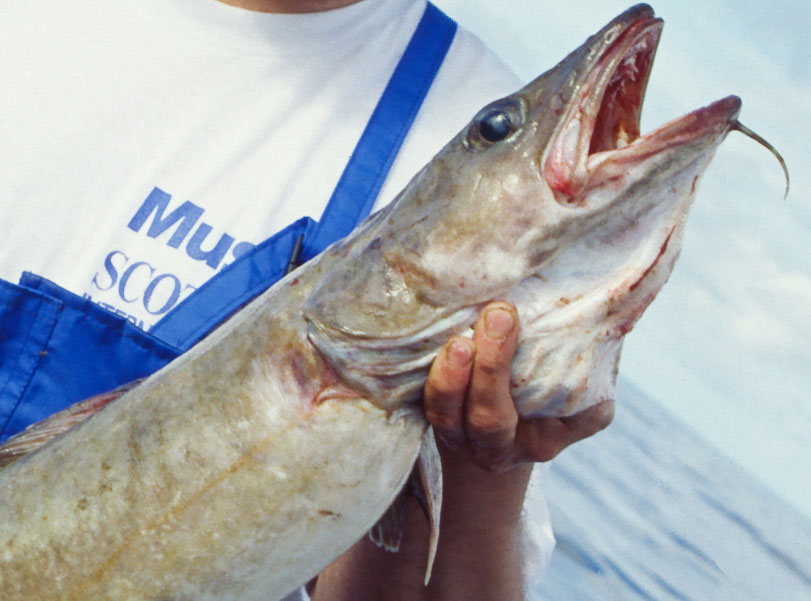 Many UK ling hotspots have suffered over fishing pressure through the years from both the angling and commercial sectors. Indeed many experienced anglers claim that ling fishing is not what it used to be. While this may be true of particular venues, the wider truth is the ling is a one of nature’s survivors and numbers are thriving in many parts of the country. Ling are renowned for their fecundity, and it is believed that a single female can carry up to 60 million eggs. 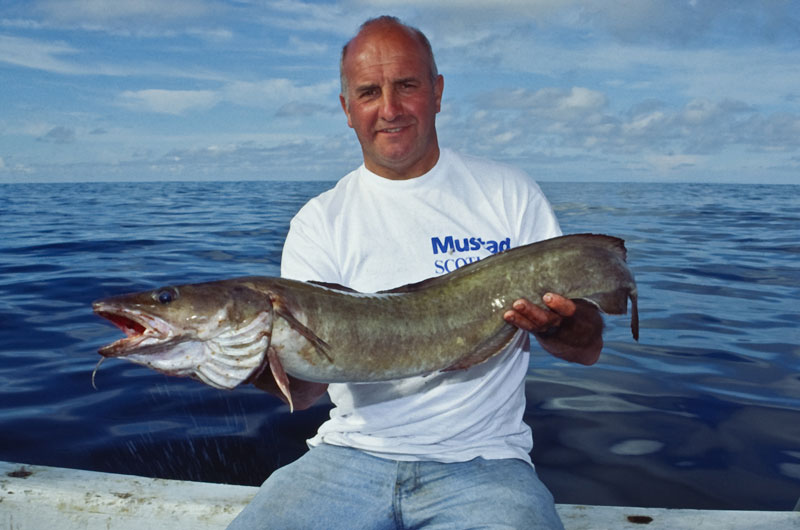 When targeting ling it is important to not catch more than you need for the table. Ling are frequently caught at depth and they are intolerant of pressure change. On retrieval to the surface their swimbladder will often become damaged and the fish has had its chips. Swimbladder damage is most often physically evidenced by the distended stomach pushing into the throat. Contrary to fishing myth, puncturing the stomach membrane with a hook will not help, as this only succeeds in releasing stomach acids which kill the fish.

In bygone days 30-50lb class rods were preferred, but modern superior light-tackle rules today. A 20-30lb class outfit will be fine and easily supports 1lb of lead without ruining sport. Ultimately however, exact rod choice is determined by depth and run of tide, rather than the size of the fish expected.

When fishing for larger species that hug the bottom close to obstructions like wrecks and reefs, it pays to use a reel that will move them off and away from the bottom at a decent pace. A 7000-sized multiplier with a high gear ratio is about the smallest suitable reel. The trusted Shimano TLD15, or the fabulous new Daiwa Saltist STT40H and STT50H reels are spot on. But always remember to match your reel to your rod. Braid isn’t essential but it offers superior bite detection and ultimate end-tackle control, while having the in-built advantage of requiring less lead to hold bottom. 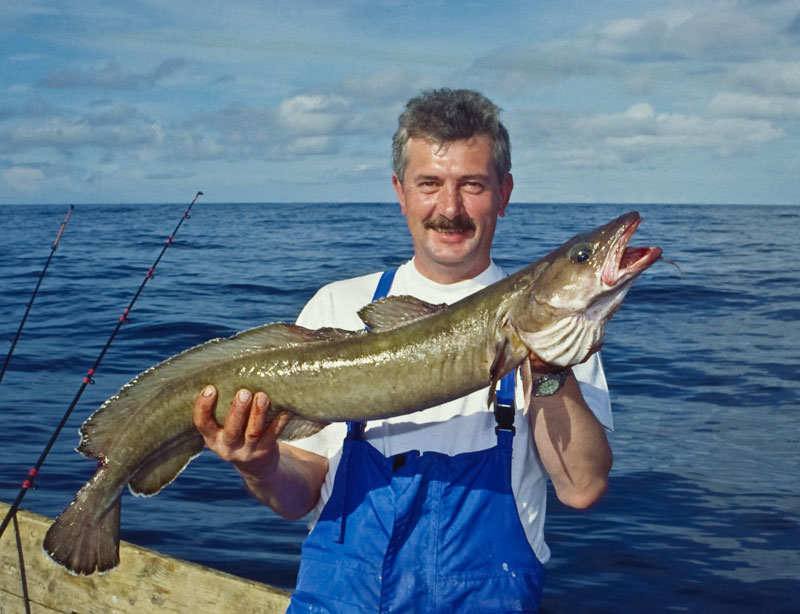 Ling will take all manner of baits from fish baits intended for conger, to lures worked in search of mid-water species…

Method / rig 1 – A mackerel fillet on a simple running ledger rig consisting of 3ft of 100lb mono to a strong 6/0 hook. The fillet baits is then dragged along the seabed while the boat drifts.

Method / rig 2 – A lure worked close to the bottom. Present typically a shad lure or large Red Gill lure on a flying collar rig and retrieve to a predetermined height before lowering and repeating. Alternatively, use a shorter ‘hopper’ of around 3ft of heavier mono to the lure, and hop/jig or lift/lower as you might a pirk. This is particularly effective for cod also.

Method / rig 3 – The baited pirk is something of a forgotten method, but can be devastating wherever it is used. Bait a chrome or painted pirk with mackerel or squid. It can be fished static, or alternatively lift and lower slowly.

It is hard to beat a fresh fillet of mackerel hooked in the tail section to wave enticingly on the drift. Any fish bait will work, but silver-sided fish like mackerel and have that added visual attraction. Squid bait is also effective, and many a ling has succumbed to a live launce intended for other species. For lures, pick ones designed to work close to the bottom like jigs, leaded shads or perhaps add a lead-head to another type of soft-bait. 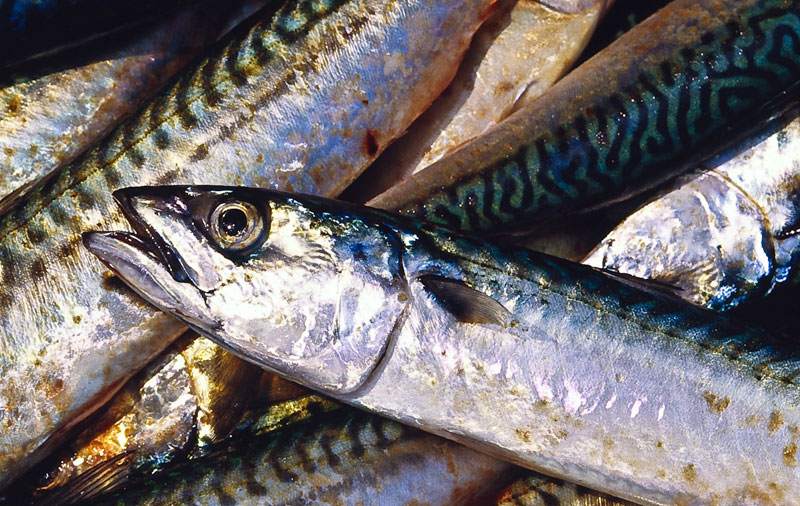 Where to catch them

Ling can be found the length and breadth of the British Isles, and can be caught both at anchor and on the drift. Deeper water generally produces better fishing, and rarely will ling be caught in really shallow conditions. Ling love ‘structure’ and seafloor obstructions, and will often be caught on or adjacent to such. England’s two most prolific ling fisheries are the Mid English Channel from south coast ports, and the North Sea from east coast ports.

The current British record for ling is a massive 30.6kg (67.46lb)  which was taken in Shetland in 2013. Catching ling to 20lb isn’t a difficult task in the right area, and any ling topping 30lb is a whopping specimen. The ling shore record is a freakish 21lbs 10ozs, but most shore ling captures tend to be immature fish falling well short of double figures.