This year, in conjunction with Pure Fishing, among the many competitions run by Gethyn Owen was the chance for anglers to win a Greys GR100S 20lb boat rod and Abu Ambassadeur 7000C LW multiplier reel combo.

To win the Pure Fishing Spurdog Competition the angler had to catch the heaviest spurdog aboard My Way over a period of 6 weeks, commencing on 1st April and ending 14th May 2017. 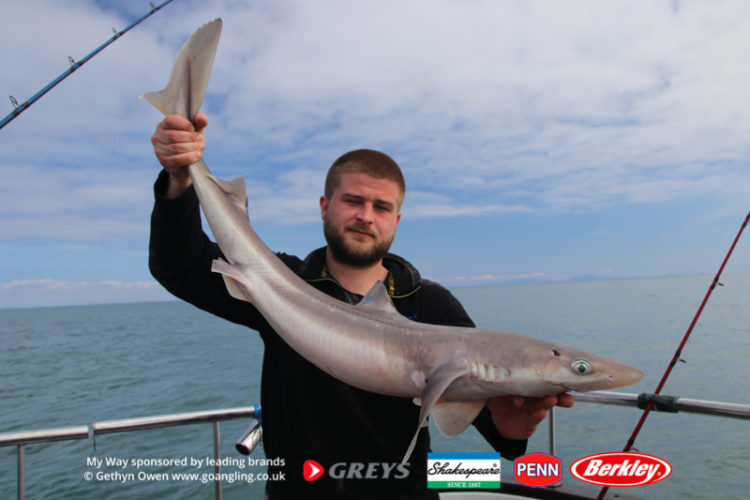 Spurdogs have made something of a resurgence off the Welsh coast in recent years. Spring is prime time out of Holyhead with these sharks averaging double figures and a few exceeding the 20lb barrier. The spurs are frequently caught two at a time. It is safe to say that the fishing can be exhilarating; in 200ft of water these small members of the shark test the metal of both angler and gear.

2017, despite promising so much, in my opinion never hit the heights of previous years. It’s an interesting decline in the fishing this year, given the immense success of recent spring runs of spurdogs. There are a few theories regarding local cycles of fish and their migratory patterns this season. No doubt we will continue to catch spurdogs including some big girls through 2017 and in particular October and November, but now need another few years to see how things pan out on numbers and sizes. 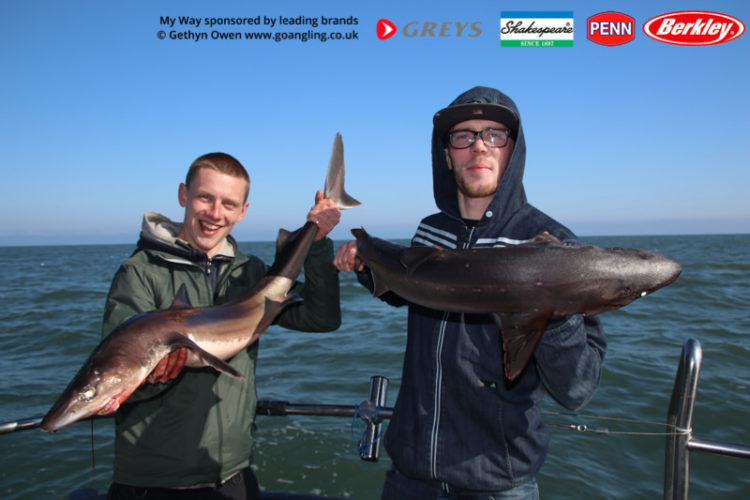 During the last 6 weeks, plenty of spurs have come aboard My Way, some of which can be seen below. The majority of double figure spurdogs have averaged around 14lb in weight, but the 19 and 20 pounders have failed to show so far this year. Sadly though, this year the anglers have also sat through a good few blank sessions on the spurs and other days they have had to travel farther than normal and push anglers to the max on larger tides to locate a few. Bull huss have proved reliable enough when the spurs sail.

All this said, the heaviest spurdog this year and winner of the 2017 Pure Fishing Spurdog Competition was David Blake from Meltham & District Sea Angling Club. David’s spur pushed the scales to a very credible 17lb 10oz. 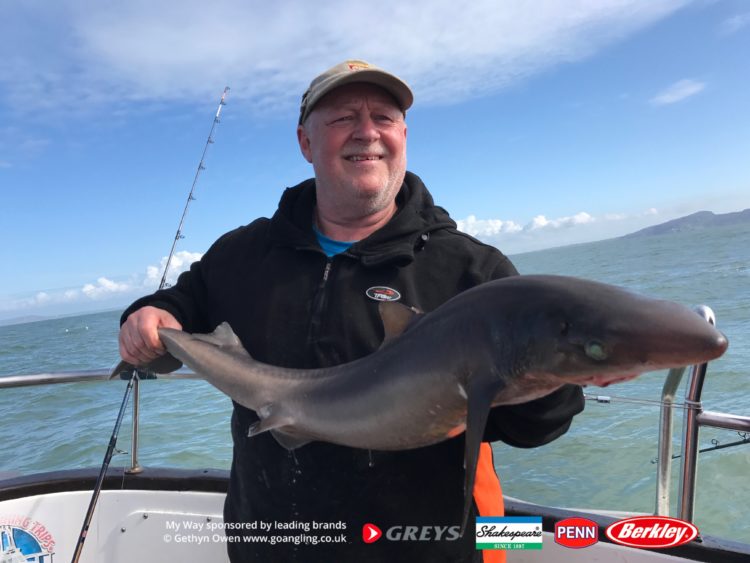 David Blake with the winning spur

David wasn’t scheduled to fish that particular boat trip aboard My Way, with the club having already filled the spaces on the boat; David had resigned himself to fishing off Holyhead Breakwater, while others tried their hands afloat. A last minute drop-out though was sweet music to David’s ears and he jumped at the chance to fish with us and will certainly remember this day for a long time to come.

For more information on the many Pure Fishing competitions and your chance to win some excellent rods, reels and tackle vouchers whilst fishing aboard My Way visit Gethyn’s website.