Full Moon or New Moon? Major or minor Solunar periods? Does any of this weird science make any sense or actually work in practice? David Proudfoot cuts through the gibberish and spells things out in simpler language

What is the Solunar Theory?

In 1926 a man by the name of John Alden Knight compiled a list of 33 factors which influence or control day-to-day behaviour of freshwater and saltwater fish. One by one the factors were examined and rejected until he was left with three possible influences on fish behaviours: the sun, moon and tides. It was unlikely that the sun could be having a marked effect as its cycle is repeated daily, whereas fish were active at various times of the day and night. Similarly, tides could not have an effect on freshwater trout in a small stream. 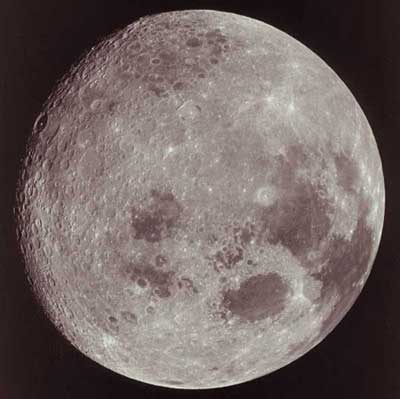 When the original research was being done only the approximate time of moon up and moon down were considered. Gradually, it became evident that there were also intermediate periods of activity that occurred midway between the two major periods. The more evident periods were named Major Periods, where the moon is in its upper and lower transits…that is above your head or below your feet on the other side of the globe. The two intermediate periods, shorter in length, were called Minor Periods and occur roughly halfway between the transits.

One convincing experiment was when university biologist Frank Brown, had some live oysters flown to his lab near Chicago. Oysters normally open their shells with each high tide. After fourteen days in the lab the oysters had adjusted their shell-openings to match the timings when the moon was directly overhead or under foot in Chicago, the equivalent time of high water had they been on a coastal location rather than more than 500 miles inshore.

Knight first published his tables in 1936 giving them the name Solunar, Sol for sun and Lunar for moon. The precise times from each table must be calculated taking into account the geographic location (east or west) of a base point (Time Zone), and adjusted for Daylight Savings Time when appropriate. The tables are rounded to the nearest 10 minutes.

In order to substantiate the theory, John Alden Knight recorded details of exceptional catches made by anglers, both for quality and quantity. He examined approximately 200 of these catches. Over 90 percent were made during the dark of the moon (new moon) when the effects of the periods appear to be greatest, and, more important, they were made during the actual times of the Solunar Periods.

The sun and the moon exert the greatest gravitational effect on the earth and its inhabitants. The closer they are to you, the stronger the influence. The day of a New or Full Moon will provide the strongest influence in each month.

When a Solunar Period falls within 30 minutes to an hour of sunrise or sunset you can expect good activity from the fish and when you have a moonrise or moonset during that period the action will be even greater. And, finally, when the above times occur during a New or Full Moon, you can expect the best fishing action of the month.

Every angler knows that fish do not feed all the time. He also knows, that for some reason fish sometimes go feeding mad and take most any offering, be it live bait or some artificial enticement. According to the Solunar theory this frenzied activity occurs during a Major or Minor period. If the weather and feeding conditions are favourable the fish will be active for one to two hours.

These are the Major or Minor Periods that fall near the times of Sunrise or Sunset during a Full or New Moon. It has been documented that when this condition exists fish will bite on almost anything they see or smell. When the times coincide with a moon-rise or a moon-set the action can be spectacular. A changing weather pattern coinciding with the periods may further enhance the activity.

The weather can have a significant role in the effectiveness of Solunar Period. Barometric fluctuations, particularly when the trend is down, adverse temperature, abnormal water conditions, will offset the effects of periods. Cold fronts moving through drive all fish deeper and render them inactive. The theory should point the way to the best in sport that each day has to offer, but in no sense is it a guarantee. 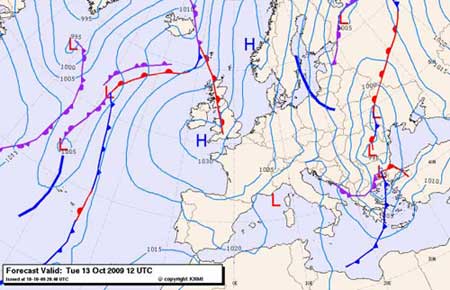 Another thing to remember in dealing with the periods is that Solunar influence will vary in intensity according to the position of the moon. The times of new moon (the dark of the moon), and when there is no moon in the sky, is the time of maximum intensity. After a New Moon, fish activity should be at a maximum for about three days, and the degree of intensity will taper off until it is at its minimum during the third quarter phase of the moon.

Research has shown that a natural day for fish and many other animal species differs from our own. Their biological clock appears to coincide with lunar time, which is the time that it takes for the moon to reappear at a given point during one complete rotation of the earth (an average of 24 hours and 53 minutes). This is called a Tidal Day and explains why the ocean tides are about an hour later each day – and why most fish will feed up to an hour later (in relation to our solar clock) each day.

There is one day each month (near the last quarter of the moon) on which there is no moonrise. This is normal and occurs because the moon’s average period between two rises and sets is approximately 24 hours and 50 minutes. Thus there will always be a day on which a moonrise (and a Solunar Time) will not fit.

The key to accurate Solunar Times is the ability to chart the relative solar and lunar positions with respect to a particular location. The major periods coincide with the upper and lower meridian passage of the resultant gravitational (tidal) force. The minor periods occur when these forces are rising or setting on either horizon.

It goes without saying that if there are no fish present, you will not be successful. Plan your days on the shore or boat so that you are where the fish are most likely to be during the periods.

Well that’s the theory of Solunar Tables. I cant say that I’m completely convinced although I do remember as a lad sitting pouring over the good, better, best calendars that used to appear in the ABU Tightlines catalogue. These predictions will never replace good preparation and quality bait when it comes to a successful days fishing, but in conjunction with the same… who knows?.

If you’d like to dabble the theory for yourself, you can download a set of tables for the next six months here. These tables are based on Strathy Point in the far north as it’s on the 4 degree line. To calculate the times for your venue, take the number of miles you are from Strathy, east or west, then divide this by twelve. The result is the number of minutes you need to adjust. If you are to the West of Strathy, ADD these minutes to all the solar/lunar times. If you are to the East, SUBTRACT. An approximation for timings can be calculated also by adding or subtracting 4 minutes for every degree you are east or west of the four degree line.