The 300LC is the baby of Shimano’s Tekota range of boat multipliers and Des Westmore has been using it for several months. Here he offers his opinion on the reel’s performance and the pros and cons of an in-built line/depth counter device.

There are no less than 10 different Tekota models listed on the Shimano UK web site. Available in 300, 500, 600, 700 and 800 sizes, all reels feature a star drag, level-wind, line-out ratchet and 4.2:1 gearing. In addition these five standard models there are a further five LC (line counter) reels. I had the standard Tekota 300LC size on test, which is comparable to a Daiwa 7HT Mag or Abu 6500 in size, but more ruggedly built with boat fishing in mind. Line capacity is as 220 metres of 14lb mono, and it will swallow 300 metres of good 30lb braid and then some. The reel carries a competitive RRP of £164.99. 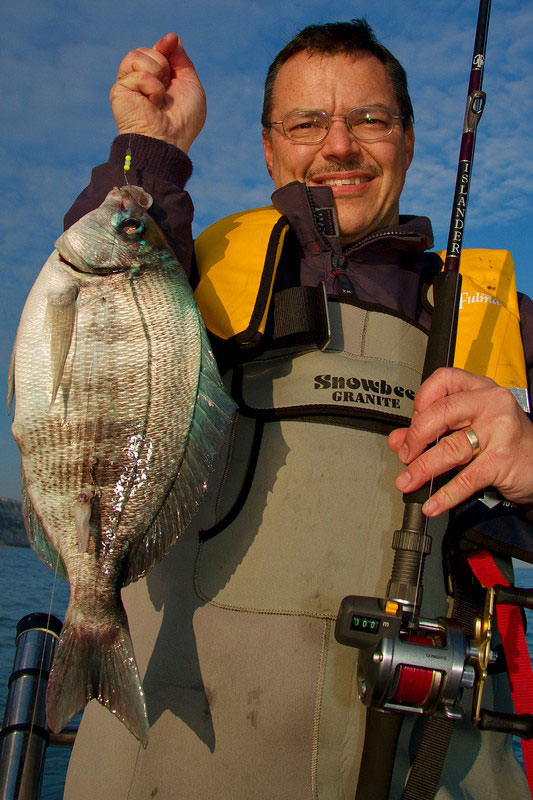 I loaded the 300LC with 300 yards of Phantom Red 30lb Power Pro, which required only marginal backing to fill the narrow spool and the little Tekota excelled for spring bream. The drag is smooth, while the modest gearing equated to ample cranking power. A measured wind in, combined with a tippy rod meant I could stay in touch with even the most hyperactive bream with minimal recourse to pumping the rod.

So what of the line-counter? Opinions were mixed among the crews I fished, with most using words like ‘carbuncle’ to describe the ungainly line-counter poking out of the left-hand sideplate. And they have a point. Indeed the vast majority of non-digital line-counter reels across all manufacturers suffer from the same ugly affliction. This unsightly aspect is exactly the reason that I have been reluctant to fish with any sort of line-counter multiplier until now. But, I can tell you that I loved having the feature on the reel for the information it provides. Not for water depth information, but in distance terms when trotting out bait behind the boat to a bunch of bream holed-up in a small area. By using the line-counter, which can be zeroed at any time, I could hit that mark without fail – superb! Well, that is until the fish move but that’s not the reel’s fault. It’s also great when the mackerel a bit patchy. You can pinpoint them no problem. The counter also takes the guesswork out of counting turns when working shads.

All in, the reel is pretty damn good in all respects, and it has stood up well to regular action at sea over several months. The finish still looks fine and though the counter display has fogged on occasions, it has always dried out.

I was impressed with the Tekota internally. The set-plate is incorporated into the frame, which makes for a well aligned reel and also does a pretty good job of sealing the gear-train from any saltwater that spills in via the spool lip. I like the Shimano Calcutta but I think the Tekota is a better concept regarding frame and drive-train layout. Anti-reverse is taken care of by a one-way roller bearing and there is a backup pawl system. Both systems are silent but drive engagement is not automatic when you turn the handle. 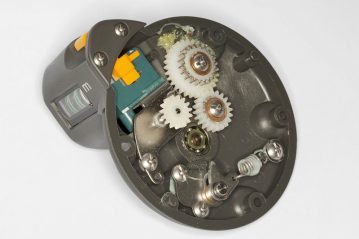 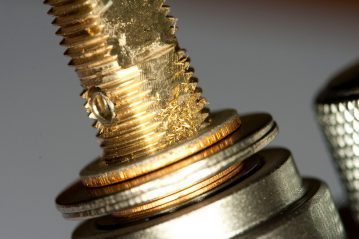 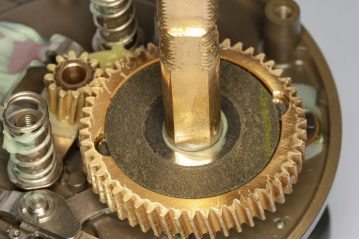 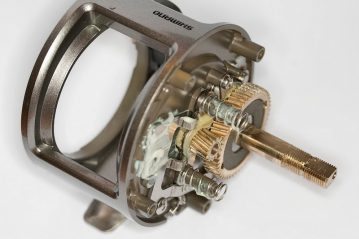 Four Anti-Rust bearings, two for the spool and two for the drive-train, are fitted. The drag washers are Dartanium but are of a fibre-type which looks to be a dry or impregnated system rather than the solid, greased Dartanium washers fitted to the likes of the Shimano Trinidad. There is enough grease to lubricate all moving parts.

At the left hand end, there are plenty of cogs to drive the line-counter. Everything looks good though and my only concern would be the potential for water ingress into the counter unit itself. There are no centrifugal brakes in this reel and I don’t think there are in any of the Tekotas. I have cast away from the boat with no backlash problems, though this may be because the spool was slowed by the counter mechanism.

My take is that the Tekota is a reel with plenty going for it and it seems other anglers are similarly taken with it. Frank Palin says: “I have had two Tekota 500’s for about 5 years. The 4.2:1 retrieve works a lure well and they are the perfect pollacking reel. It is a robust little reel with a big chunky handle and the level-wind has worked perfectly all the time… unlike my Penn 975’s.” And Roger Lowe had this to say: “My Tekota 500’s have proved remarkably reliable – I can’t recall a single failure or problem at sea – they are virtually corrosion free and ideally suited to all aspects of mid-Channel wrecking”.