Mark Harding’s obsessive quest to top 50 species in a year ashore and afloat in Alderney waters enters a testing period during the generally dull month of March. Unperturbed though, our man goes to lunatic extremes to try and catch an elusive small-eyed ray out in the expansive harbour wash.

I’ve had a cracking start to my quest at trying to achieve 50 species from Alderney’s small three-mile long coastline. So far it really has been a rush of highs and lows, trials and tribulations… thank goodness though that March is now behind me. The first two months produced 24 different species but my efforts in March left me as deflated… but at least the acknowledged worst month in the fishing calendar is now behind me. 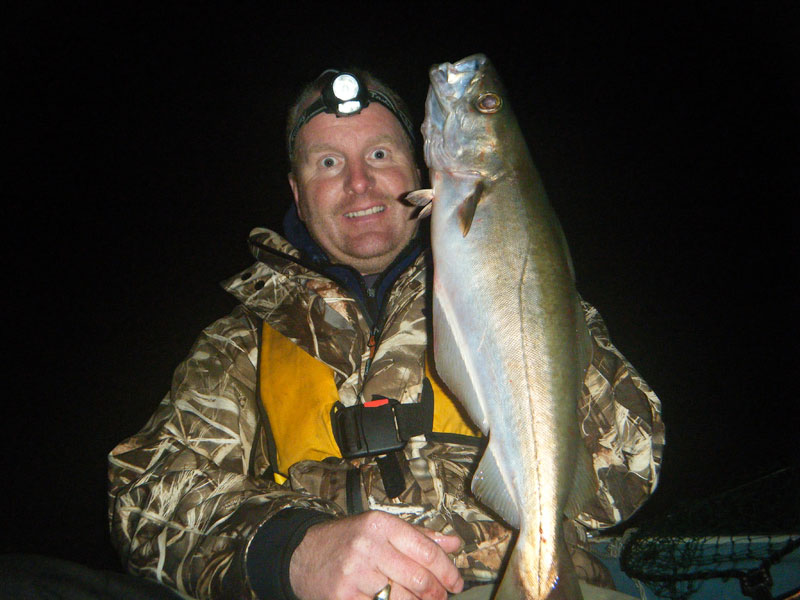 I started the March bright-eyed and bushy-tailed, fresh with ideas of how to winkle out a ray or that elusive three bearded rockling – read February’s exploits. A flurry of sessions on the better tides in the first few days of the month saw some good returns in general angling terms, with black bream, bass, pollack and loads of unwanted shore rockling. I have spent a silly numbers of hours desperately seeking out a three-bearded rockling to no avail as yet. I am not one much for regrets but there are exceptions. Back in mid January I had a good three-beard alongside the quay wall but I neglected to use my drop-net and the damn thing shook itself off as I lifted it up. And this obsessive quest for an Alderney three-beard has proven a bit like searching out a needle amidst a mountain of knitting needles, but the hunt continues.

As March wore on, fishing ideas ran out and the north easterlies arrived to provide me with a perfect excuse as not to go fishing. For the first time in three months I was getting anxious. My concern was simply that if I fell behind it would affect plans and species targets to come. I really wanted to push offshore and hopefully winkle out a small-eyed ray. But, I was unable to use my kayak, which I had wrecked, and I was still awaiting delivery of my new boat, so I wasn’t blessed with a million options. However, if fair weather allowed, then I still had one rather mad option up my sleeve.

As fate would have it I was lucky. A big high pressure system settled over the Channel in the final week of March, providing idyllic flat conditions… and out came the dinghy. 16 wobbly stone of man-meat in a bloody 8-foot soap dish! I’ve not done anything as mental as this since I was a kid, when I used to fish in the upper reaches of Portsmouth Harbour, only this was different… there were a lot more wobbles, most of which could be attributed to my several stomachs!

Back then I was after eels, bass and flounders, whereas now the targets were small-eyed rays in the exposed waters of Alderney harbour. Armed with launce, squid, mackerel and gar baits, I arrived in daylight hoping to fluke a dragonet on small baits. Three hook rigs were deployed on delicate 8lb snoods. I searched the sandy bottom, casting and retrieving very slowly, trying to cause puffs of sand to provoke the inquisitiveness of anything that might be down there. The result of these refined stealth tactics was nothing, nil, a big fat zero. 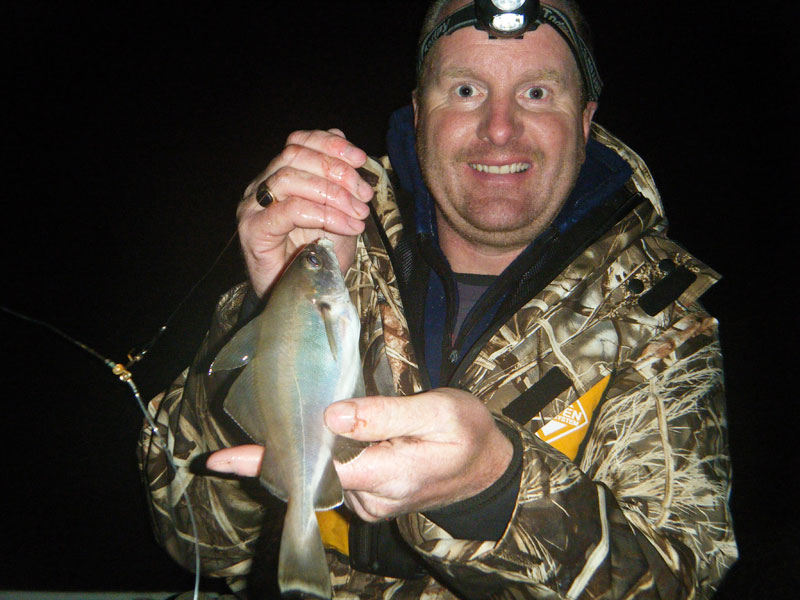 Forever the optimist, I changed to ray rigs on two rods as darkness fell. I kept the spinning rod rigged with the light snoods going and soon there were rattles in the half-light… sure sign of the pesky pout arriving. The downtide rods showed signs of life too, with gentle pulls indicative of crabs. I pulled in to check, and sure enough, there were edible crabs there to contend with.

A quick re-bait and the ray rods were fishing again. Returning to the spinning rod, as I picked it up it crashed over. Conscious of the light snoods, I played the fish gently to the side. As it came up though the water I could see it was a decent a pollack. After that, I packed the spinning rod away I concentrated on the ray rods, but my gut feeling that it wasn’t going to happen this trip was eventually borne out. 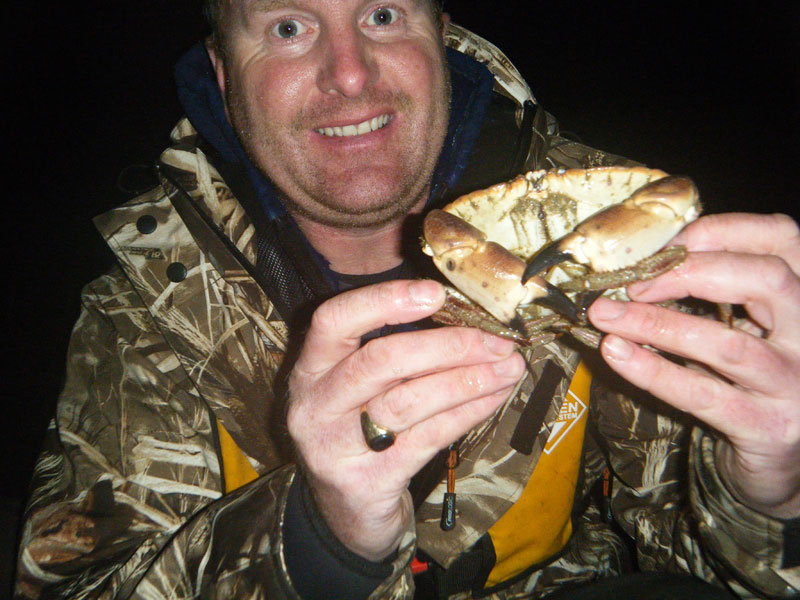 Plagued with edible crabs, I soon called it a night and rowed for home. Defeated that night, I was wholly deflated across a difficult and frustrating month. I had earned no reward for my March efforts, but I remain upbeat as this was not and unexpected setback. April is now well underway and my plans are to get afloat where mackerel, launce, turbot and maybe more could be added to my stalled species total of 24 and counting.