Irish angling journalist Ashley Hayden shares the concerns of many regarding the levels of current fish stocks. In this feature he examines the politics surrounding the European bass and how it will require painful measures to be implemented across all areas of the catching sector if this popular species is to maintain viable levels in the future.

The North Western Waters Advisory Council, a vehicle which brings together stakeholders from across Europe, to advise the EU Commission on matters of fisheries management in respect of the North Western Waters – ICES areas V (EC waters), VI, VII, convened in Dublin Castle on September 18th 2014 last to gather information which will help in formulating a future long term management plan specific to the European bass fishery.

Key industry people from various countries to include Ireland, France, Spain, Holland and the United Kingdom were present along with ICES representatives, EU STECF (Scientific, Technical and Economic Committee for Fisheries) experts, NGO representatives, European Alliance representatives to include our own John Crudden and a number of independent stakeholders. Presentations were made on “bass stock assessment and population dynamics”, “EC/STECF proposals for management measures”, “the legal framework and management measures at national level” and perspectives from both the recreational and commercial sectors of which this writer delivered a contribution entitled, “The Socio – Economic Impact of Recreational Angling within South East Ireland“. 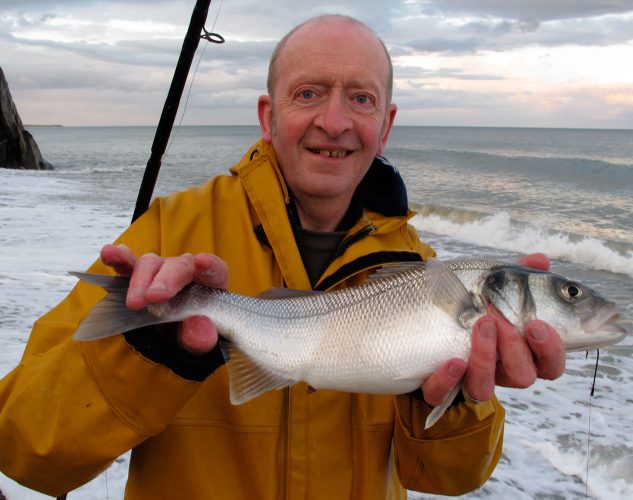 That there is unanimous concern for European bass was palpable among all participants and furthermore commission representatives were making it very clear that speed is of the essence in coming up with a viable, workable, agreeable to all parties long term management plan for bass or the EU could act themselves; Reason being that to protect the spawning stock biomass for European bass into the future mortality of the species has to be cut back by 60% from present levels, if the vested interests cannot agree how this will be achieved an official closure of the fishery to allow stocks recover could be a possibility.

The doomsday scenario of a Total Allowable Catch (TAC) being applied to European bass would appear to be a non runner. Because TAC is applied based on current and recent historical catch returns most country representatives were of the view that no gain will accrue from its implementation. Also, the measure could lead to temporary closure of the bass fishery at short notice which would be unhelpful therefore it is very unlikely that the policy option will be pursued.

A feature of those attending was the obvious love and respect for the species and the need to protect its long term future. Bass it was clear are perceived as more than a fish, besides its obvious high value the species enables a way of life that everybody associated with it, whether commercial fisherman or recreational angler was not going to give up easily and certainly not due to lack of a workable management plan. 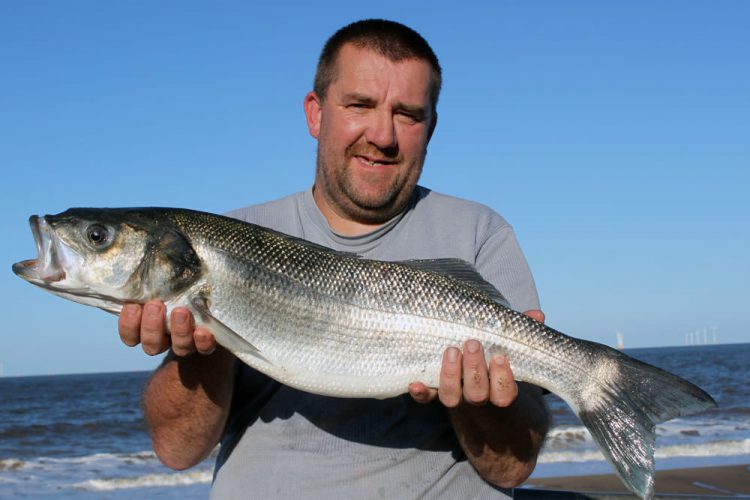 Above all it became apparent that commercial fishers in the main are responsible, have wives, girlfriends, families and grandchildren, bills to pay, the need to put bread on the table and they are not going to jeopardise that requirement by destroying a stock for the sake of greed. In fact to quote from a Cornish fisherman’s presentation, “it is enough to make a living; we do not need to make a fortune”.

Being an information gathering exercise, what stood out besides acknowledged gaps in scientific data attributable to European bass, was the lack of real understanding between how commercial and recreational fishers view each other from a socio – economic perspective. Unfortunately an “us and them” dynamic prevails fuelled by ignorance of each others needs, wants, real benefits to the community and modus operandi, clarity on these issues would drive on the process of creating a viable management plan no end and this writer believes that work in this area is key to future progress on European bass management. 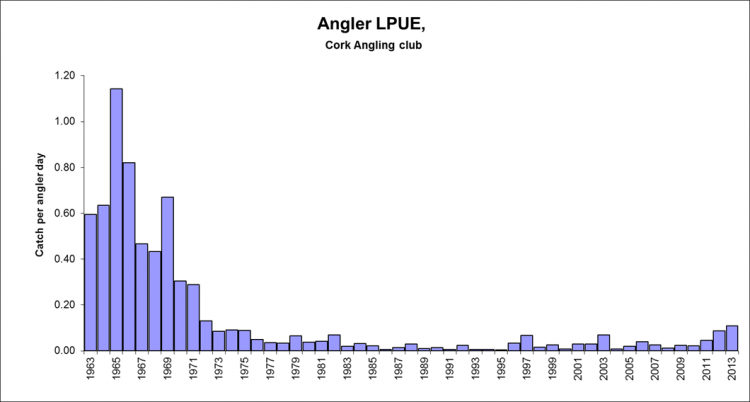 In terms of understanding the stock Colm Lordan representing ICES gave a fantastic contribution, his figures mirroring this writers’ bass fishing experience over the last 25 years. 1989 was the last really good year class and it was these fish which most certainly gave us the wonderful bass fishing experienced from about 1998 through to 2008. Subsequent weak year classes and a ramping up of commercial effort from the mid 2000’s onwards where although the recommended fishing mortality was F.09 actual FMSY was 0.13 occasionally reaching F.033, precipitated the stock problem that exists today illustrated graphically by an almost vertically declining graph for the fishery post 2010. The estimated spawning stock biomass for European bass in 2014 currently stands at 9650 tonnes with official landings presently running in or around 4000 – 5000 tonnes per annum. To clarify, fishing effort of 0.13 equates to about 11% of any stock being removed per annum, however due to bass biology (slow growing and long lived) 0.13 when applied to bass equates to 22% of stock.

A factor which needs to be verified is what proportion of bass landings can be attributable to recreational fishers, ICES estimating the figure at 1500 tonnes for EU waters with the commission providing a figure of 2000 tonnes. Before incredulity takes hold consider that there are approximately 5000 members within the IFSA alone, if each member caught and brought home just one 2.kg bass per season that equates to 10 tonne. Ireland has a two fish bag limit per 24 hour period with not everybody applying catch and release. It is not difficult when one includes all the countries which house a bass angling population how ICES could arrive at such a figure, in principal it is feasible.

That said, as stated earlier recreational fishing is a misunderstood segment of the total bass fishing mix and to muddy the waters further different jurisdictions apply strange interpretations as to what recreational fishing is. For instance, France and Holland allow their citizens to net fish recreationally with Dutch participants legally entitled to keep up to twenty fish per day from a range of designated species to include bass. On this basis it is incumbent upon European rod and line sea anglers to represent their sectional interests when it comes to bass by establishing clearly what percentage of the total European recreational rod and line bass catch is kept and what is released. The European Anglers Alliance should take the initiative and commission a behavioural survey of sea anglers to include what happens to their catch, so providing clarity to what is a bone of contention for both commercial and recreational fishers alike. 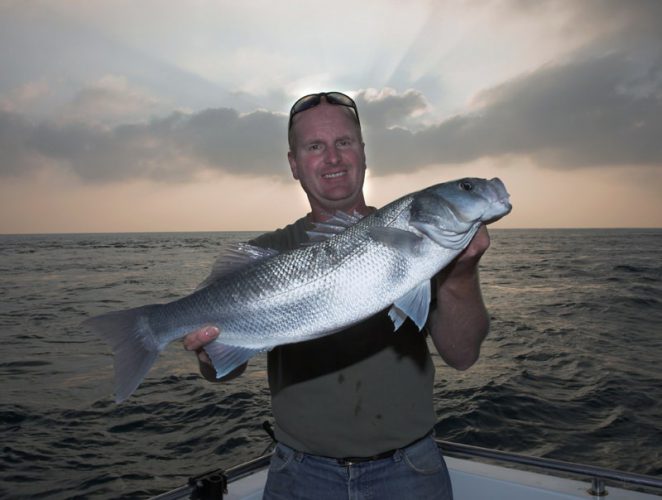 Another area of confusion with regard to recreational fishing is the illegal rod and line bass fishery. There was an obvious blurring of the lines in terms of perception within commercial fishers minds reflected in Dublin Castle. The people who catch bass in this manner are looked upon by the industry as maverick anglers both ruining the bass fishery and taking money out of law abiding bass fishers’ pockets. Not being able to establish whether the ICES recreational bass catch estimate included this element, it is imperative for angling representative bodies to clarify the above situation. The STECF representative spoke of a lot of gaps in the bass fishery knowledge and surprisingly that “national measures” are not effective in managing the stock, certainly on a macro level this opinion might apply but surely not on a micro, Ireland’s conservation measure providing some sanctuary for bass at least while they swim in Irish waters. The gentleman also talked about unknown socio – economic impacts and how these need to be assessed with regard to future management.

In summary the European bass stock is in trouble, needing an immediate response from all stakeholders to enable the stock to recover and for the commission make decisions on its future. With TAC appearing to be a non runner, possible actions put forward included catch and bag limits, reductions in effort and mortality, C & R, minimum landing sizes, the avoidance of nursery areas and ceasing to exploit spawning bass aggregations. 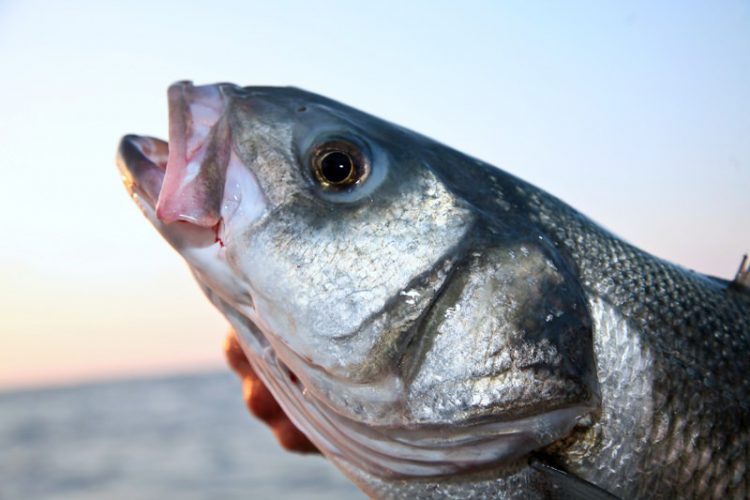 Agreed by all those present was a shared responsibility for the stock and the need to address realities, European bass requiring a 60% reduction in catches to survive. Achievement of this initial steep target needs sacrifices from all stakeholders which could be better realised if commercial and recreational interests began to reach out and learn each others needs and wants, rather than the current practice of looking over the ditch and assuming. On the political front an actual recognition of recreational angling and its socio – economic benefits rather than the smoke and mirrors approach which currently applies would be useful. Understanding that fishing ultimately is about putting food on the table while creating jobs, clearly rod and line fishing does just that only from a different tack, excuse the pun, it is incumbent on all concerned to find common ground enabling a much loved species not only survive but also prosper, we all owe bass that chance…………