Properly presented combination or ‘cocktail’ baits catch fish… lots of fish. Here Steve Walker talks about some of his favourite bait unions, and passes on great advice that will help you catch more.

Like butter goes with bread, or rhubarb with custard, a cocktail bait is a complimentary combination of two or more different bait types presented on a hook, or hooks in pennel arrangement. A good common example of a cocktail of would be lugworm and ragworm together. Usually the softer lugworms go on the hook first followed by the tougher ragworms, hopefully to stop the lug coming off when casting, or to stop it sliding down the hook shank and masking the hook point. Cocktail baits can be obscure or mundane; the beauty is that there are no hard and fast rules, no real rights and wrongs. 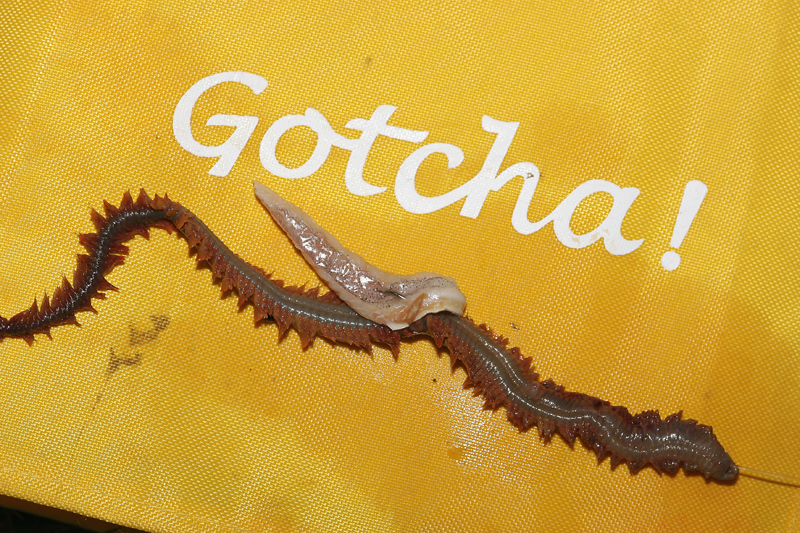 Particular bait combinations will work in different areas for certain species, with the same hot mixture proving poor for identical fish in other parts of the country. However, there are some excellent ‘flagship’ cocktails that are consistently good across the board, but mixing and matching baits has never been a ‘one size fits all’ science, and of course, individual preferences and confidences have much to do with bait selections.

In lots places an excellent bait for several species including rays, huss, tope and dogfish, would be sandeel and squid whipped together. Typically, a section of sandeel is wrapped inside or alongside a suitably sized squid body, which requires a little care and attention to create well. The mind-frap for particularly new and novice sea anglers is that same target species in another area will inevitably respond better to a different bait marriage. It is therefore important to remain open minded particularly when fishing new venues for the first time.

Deciding what baits to team together clearly comes down to what is available to the angler in the first instance. Provided most of the mainstream baits are available, consideration should also be given to what food items are likely to be available naturally, in order to best ‘match the hatch’, to coin a fly fishing turn of phrase. 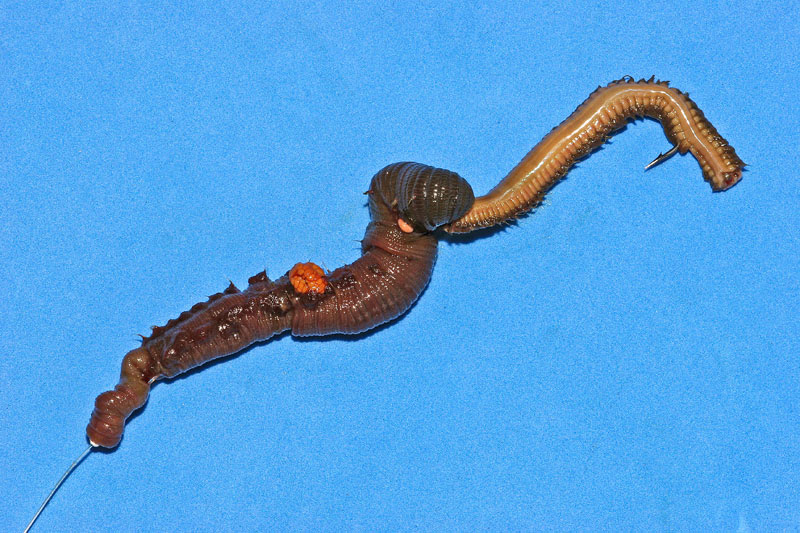 It’s a fact however that most fish are opportunist, impulse feeders and there are lots of situations and times where the loose compatibility theories go right out of the window. Case in point would be non-indigenous, exotic baits such as the tremendously effective Pacific saury or bluey as it has been christened by UK bait suppliers. In theory this is a bait that shouldn’t be any great shakes in UK waters, yet the trial and error testimonies of many anglers are that bluey can be a fantastic bait for everything from thornback rays to whiting, dab, flounder and cod too if this winter’s catches are any measure. The moral of the bluey story is do not be shackled by wider bait convention and never be afraid to experiment.

The merits of different hook patterns should be considered and most anglers have their favourites for a given situation. The crux is perfectly fresh or presented bait can count for nothing on the wrong hook. Basic hook design and form needs to be considered. Too thick or too thin a wire, too big an eye, the wrong shape, or simply an inappropriate size of hook for the intended size of bait can all serve to retard, or even nullify a bait’s effectiveness.

Hooks should be sized to suit the mouths of intended species. Although we can all probably recall instances where big fish have been caught accidentally on small hooks, generally, the bigger the bait, the bigger the carrying hook needs to be. Don’t swamp small hooks with great big baits. As a general guide, a strong pattern Aberdeen hook such as the Kamasan B940, Gamakatsu GP402 or Varivas Aberdeen is good for worm baits, with a slightly shorter shank Mustad  Viking, Sakuma Manta or Kamasan B950U hook for crab, mussel, and fish baits.

A big lug and squid bait mounted on pennel hooks is widely regarded as a top cocktail for cod all around the UK. Thread several lugworms up the hook onto the trace line, and with elasticated cotton tie a squid head or part of a squid body onto the lower hook. Push the lugworms back down onto the squid bait and take the sliding top pennel hook around the line two or three time so that the point pokes proud through the lugworm. 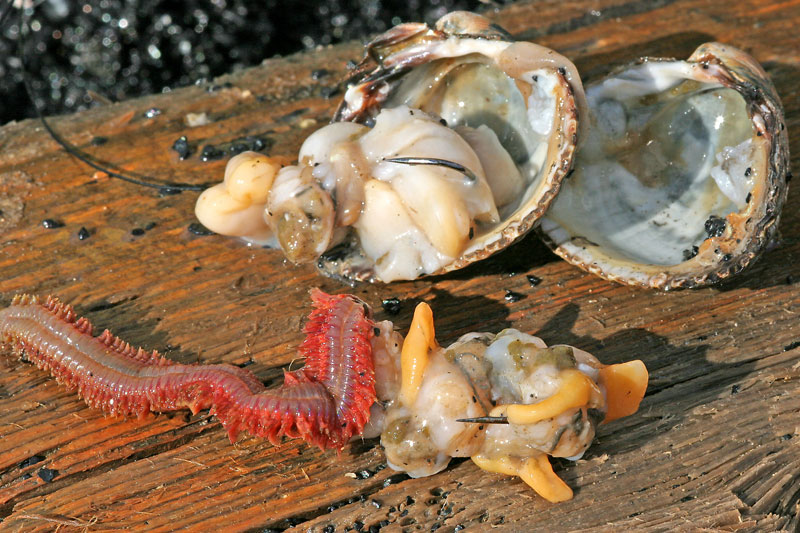 Razor clams or cockles are washed up on the beach in many areas in heavy seas. These make excellent fishing baits at such times because fish will be actively feeding on the easy feast. Frozen razor clams are widely available via tackle shops and can be used to tip off various main hook baits. Tipping is just another term for a cocktail bait where the larger main bait is garnished with a smaller bait on the point. An excellent cod-catching winter cocktail in my own area is a three-way combination of rag and lug tipped with a section of razor. 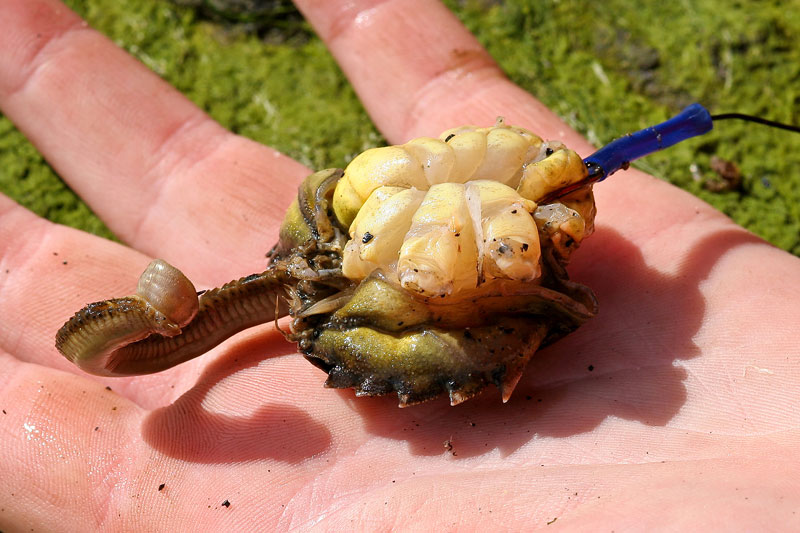 ‘Bulking out’ is another common baiting term applicable to cocktails. If fishing for cod or bass from a rock edge mark and the best bait is fresh peeler crab but you only have a few, crab baits can be bulked adding a few big soft mussels to it. The crab and mussel cocktail is very over rock and kelp, and your supply of crab will last a lot longer. 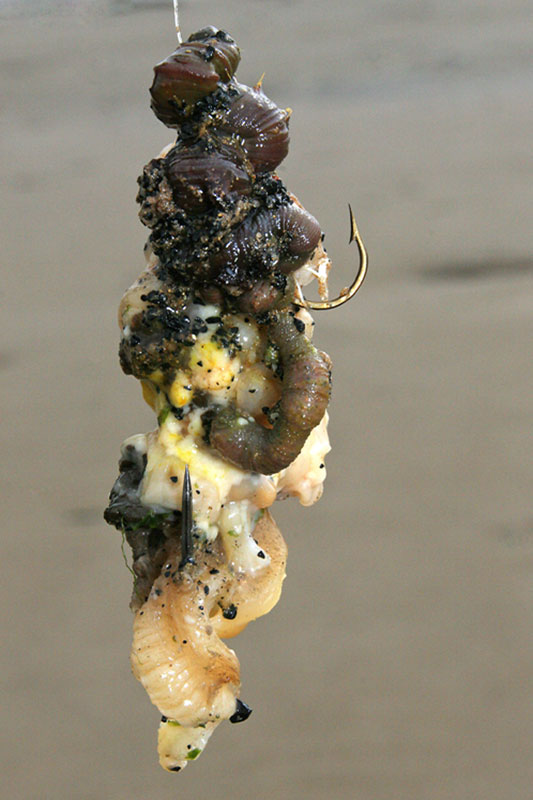 A shortage of primary worm and crab bait is probably the main reason why most anglers use cocktail or combination baits. Many anglers buy their baits from tackle shops, and supplies can be sparse, more so in winter. Bulking with fish etc from fishmongers and supermarkets is a great option. For me, Morrissons has the best supermarket fish counter. If my immediate bait situation is tight I will pick up half-a -dozen small fresh squid, a small mackerel, and a couple of scallops, and use these in combination with worm baits.

The most consistent shore anglers probably pay more attention to the quality of their bait than they do to rigs, rods or reels. Remember that good quality fresh or fresh frozen bait is best nine times out of 10. Although whiting and dabs can go mad for distinctly ripe bait that has been in and out of the freezer, I don’t recommend freezing or re-freezing any supermarket bait because it has likely probably been on ice for several days already. My bottom line is that if I don’t have at least some fresh bait to hand then I don’t go fishing… that’s how important it is to me.

Six of the best

In no particular order Steve Walker’s top cocktails are:

[…] for winter cod, particularly for whiting, wrasse, and flatfish species. They are frequently used as cocktail bait as […]