The Bloodworm Trap – a South African Take on the Pennel Rig

The bloodworm is a relative of the lugworm found in Europe, it is widely used as a bait for shore fishing in South Africa. Here Dean Dickinson details how he has adapted the pennel rig to trap the bloodworm on a twin hook rig and ensure that it is neatly presented to the fish.

When living in the UK in the late 90’s for a few years I noticed the shore anglers using a rubber tube that would be threaded on the line using a sliding hook then the tube would be slid over the hook onto the shaft to keep the hook in place on the hook trace. These rubber tubes are not readily available in South Africa and the trap hook they would used where a very thin gauge long shank hook that was very light and if used in our waters would more than likely be opened by a big kob or white steenbrass. 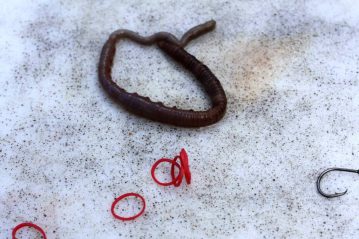 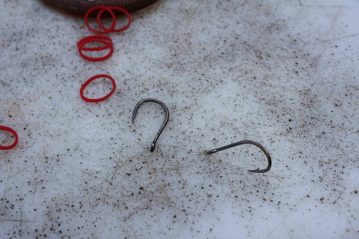 There are several ways to rig a bloodworm but I have found this the most successful method. Instead of using a rubber tube to hold the shaft of the sliding hook onto hook trace I have used a thin red rubber band to hold the hook in place. You can cut the rubber band in half and wrap it around the shaft of the hook trace to secure the trap hook to the line. The elastic must be tight enough to hold the hook in place so it will set when the fish takes the bait. You will need to pull pretty hard to move it up and down the line and it helps hold the worm in place. 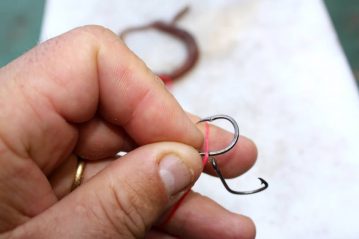 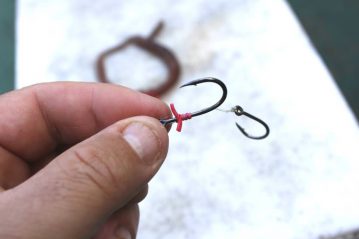 To tie the sliding hook to the line you will need a rubber band or you can use latex or Ghost cotton. Once the hook shaft is secured to the line you can slide it up and down to position it to the length of your blood worm. I use a size 2/0 or 4/0 hook depending on the length and thickness of the worm. This is a smallish worm so I am using a 2/0 trap hook at the top and a 1/0 Ryoichi Soi pattern at the bottom. 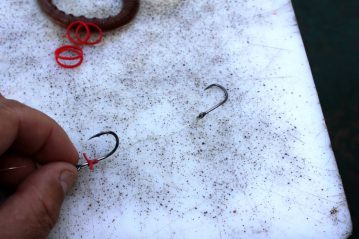 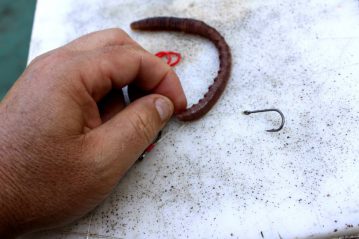 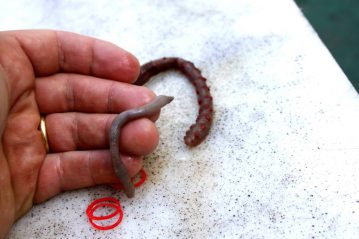 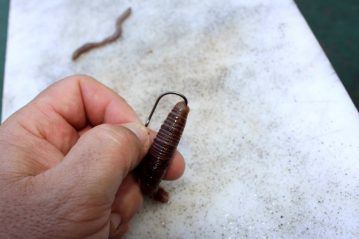 Remove the tail section of the worm. This piece is filled with sand and tends to break up when you thread it onto the hook. Thread the first hook from the head of the worm this is the fat end of the worm. Most anglers thread the worm the other way round ending with the bottom hook in the head section. 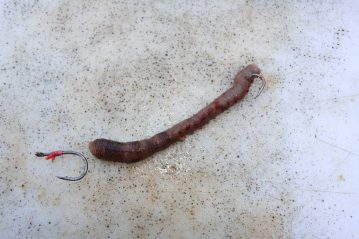 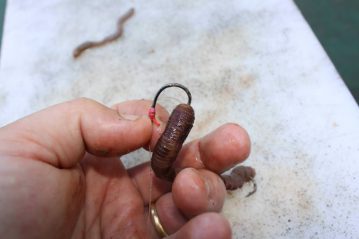 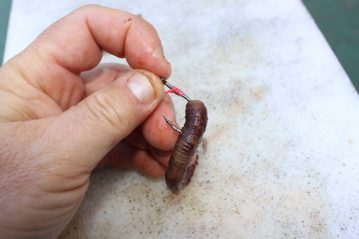 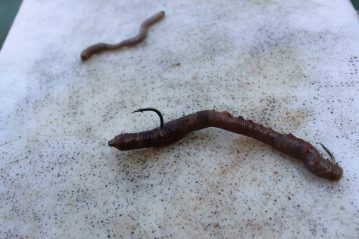 Once the bottom hook is through the worm, set the trap hook and push it into the worm to position it in place. The trap hook will hold the worm in place and stop the worm from bunching on the bottom hooks keeping them proud to give you a better chance of hooking the fish. 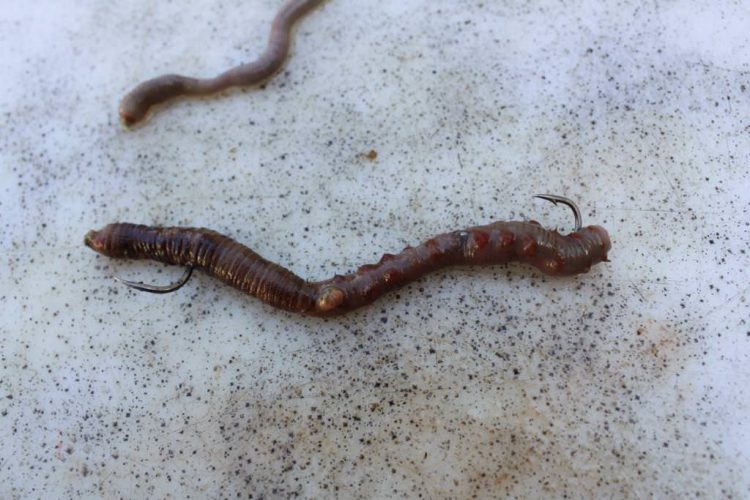 Fishing tip: To keep your bloodworms alive longer lie them in a shallow tray with their bodies exposed but still half under water. You can also use an aerator in a bucket filled with water and remove any dead worms immediately and change the water regularly with fresh salt water. Bloodworm can be salted wrapped in newspaper or frozen to be used later. Bag limit in South Africa is five worms per angler.