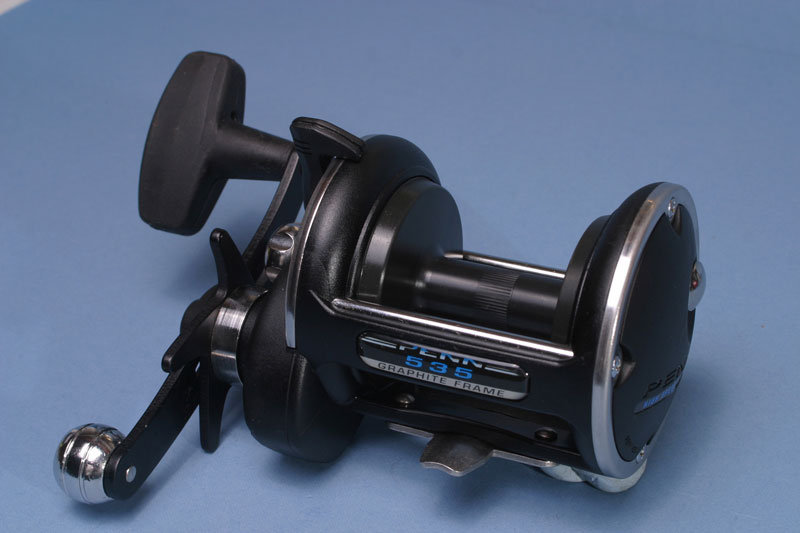 Just like the 525 the 535GS has a large bearing in the gearbox end and a smaller bearing in the opposite endplate. Be careful when removing the small bearing as there is a copper washer under it that acts as a spacer/wear plate for the spool spindle. The oil you use depends on what you want to do with your 535. For general fishing with say 18lb mono use Red Rocket Fuel in both bearings and engage both brake blocks. For heavy ground work lobbing large and unwieldy baits with a lot of heavy line you are better off using something pretty heavy: 120/140 gear oil of Liquid Grease (RF). To activate the brake blocks click them over the first boss so they move all the way to the end of the pin but do not come off as they are held by the outer boss. Remember, the line weighs almost as much as the spool, a full spool of line increases the centrifugal force considerably at the start of the cast and will need significantly more braking to maintain control.

Pro’s: Holds plenty of line and gets it back quickly, bombproof

Bearing access The 535GS runs on two bearings similar to the 525GS with one substantially larger than the other. It also has four retained adjustable brake blocks.

Click the tutorial pictures below to see step-by-step instructions. 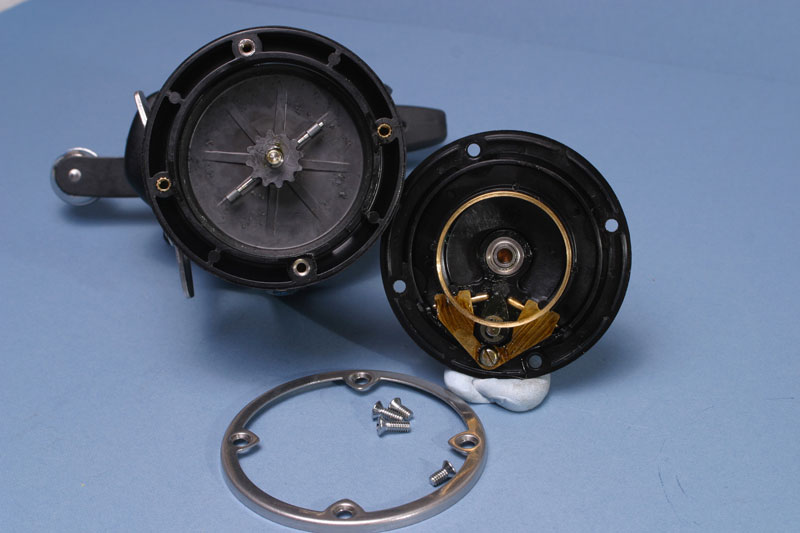 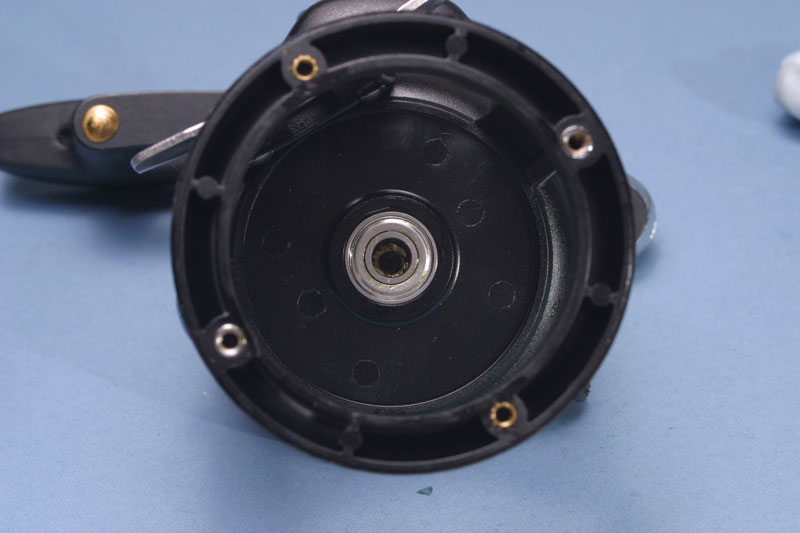 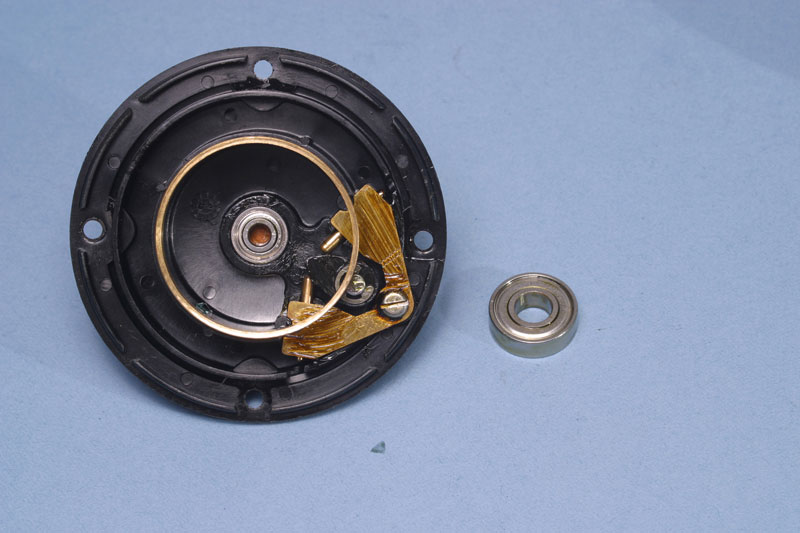 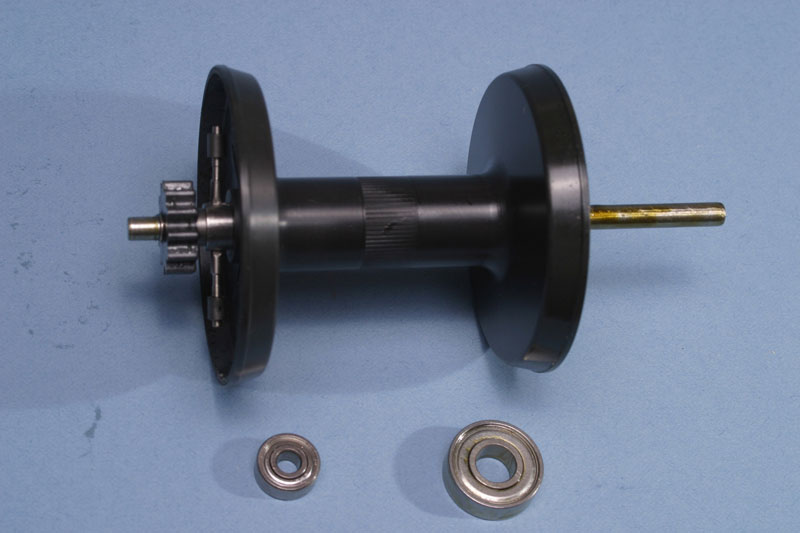 Spool with both large and small bearings removed 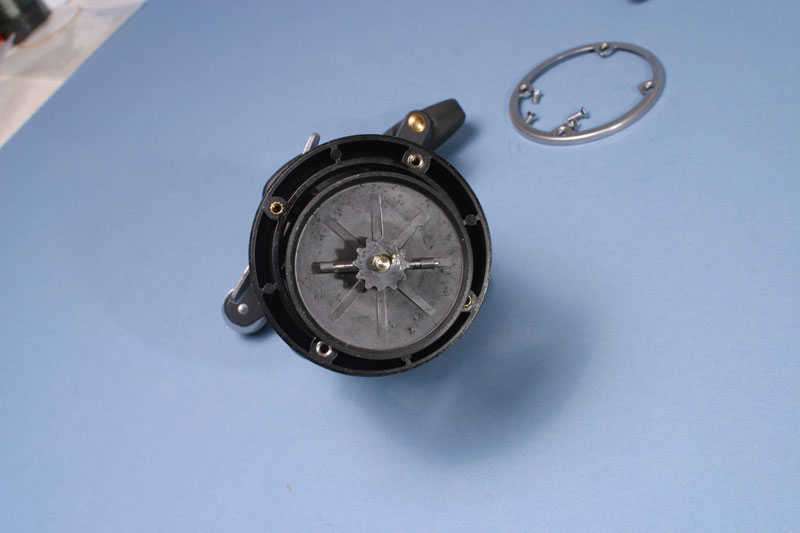 These are the brakes on the outside end of the spool, don’t forget to activate them before you cast!