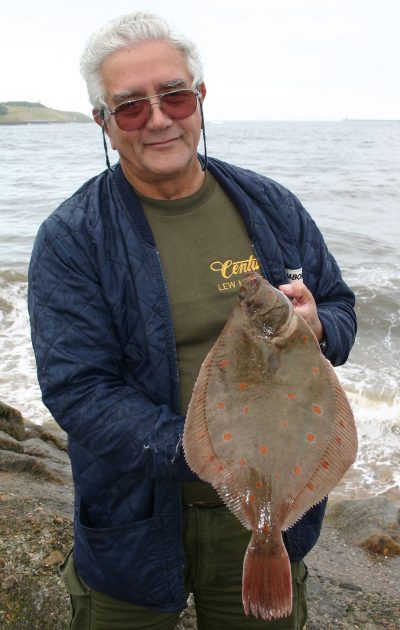 Despite a heavy swell and thick water, Century man Lew Marsden, Malcolm Bell and Kelvin Martin took trip to the Fish Quay Wall at North Shields hoping for few decent flounders. After a good flounder for Kelvin, Malcolm’s ragworm bait then accounted for a surprise plaice just before high tide.

Plaice are normally caught in calmer, clearer conditions, but there are no hard and fast rules in fishing. Malcolm followed his first plaice with another, only for Lew to steal the show with this 2lb 14lb cracker taken at long range. Lew’s redspot is one of the best plaice reported from this area for a long while.