The Grauvell Zenith Z5000 fixed spool reel is growing a solid reputation for outperforming many of its competitors. True or false, International angler Scott Gibson worked the reel on beach and boat, and now delivers his verdict.

A weak fixed spool reel is a disaster in waiting. Match conditions often push the boundaries of beach and boat capability and tackle failure could come at no worse time for the angler concerned. Reels explicitly engineered to withstand the strenuous rigors that sea fishing exacts upon everything from rotor to bail-arm are becoming more readily available but cost is often prohibitive. Indeed most of the fixed spools adopted by UK sea anglers are actually ‘big pit’ carp reels. The competitively priced Grauvell Zenith Z5000 however, is a bona fide saltwater reel with a growing reputation for longevity of performance. 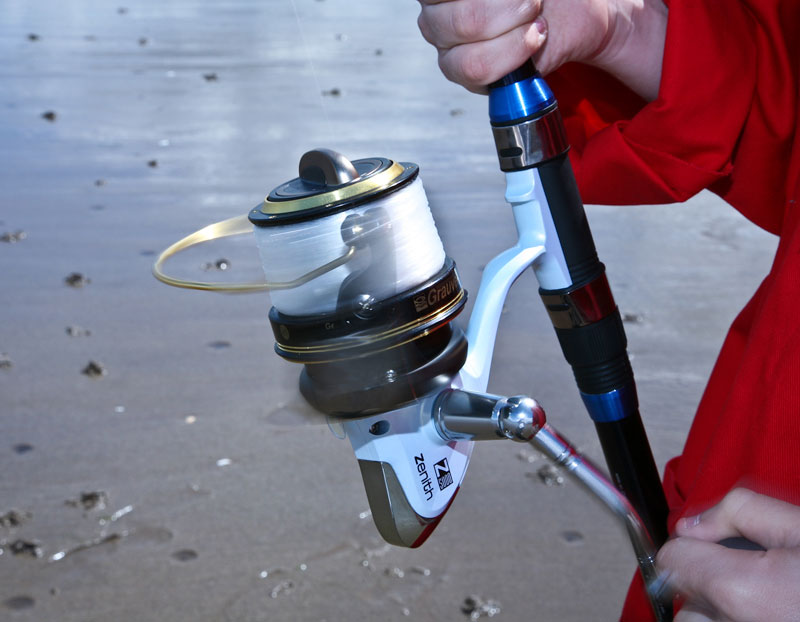 Too often reels marketed as appropriate for sea fishing soon become stiff, juddering, bolt-crunching nightmares when playing large or multiple fish. To withstand the considerable saltwater exertions and to avoid quickly becoming just another knackered piece of salt-battered scrap, a fixed spool for mainstream sea fishing needs to be something of a working contradiction. In the first instance it needs hauling power based around unbendable, non-corrodible innards and a drag system capable of pulling heads off from 300 metres away! While on the other hand, smoothness of operation is expected for even a modest outlay – a refined bully if you like.

The Grauvell Z5000 Gold would seem to tick the necessary boxes and perhaps a few others besides. A mammoth 14 ball bearings in conjunction with the 4.5:1 gearing assist a silky retrieve. The reel is supplied with three ‘long cast’ tapered spools, all of which have different line capacities. The shallowest spool is ideal for loading with braid, and despite having filled many similar reels before I am always taken aback at the amount of line these big fixed spools gobble up. Line-lay profile was very good if not quite perfect, with just the odd little groove that the spool oscillation failed to iron out more noticeably with braid. 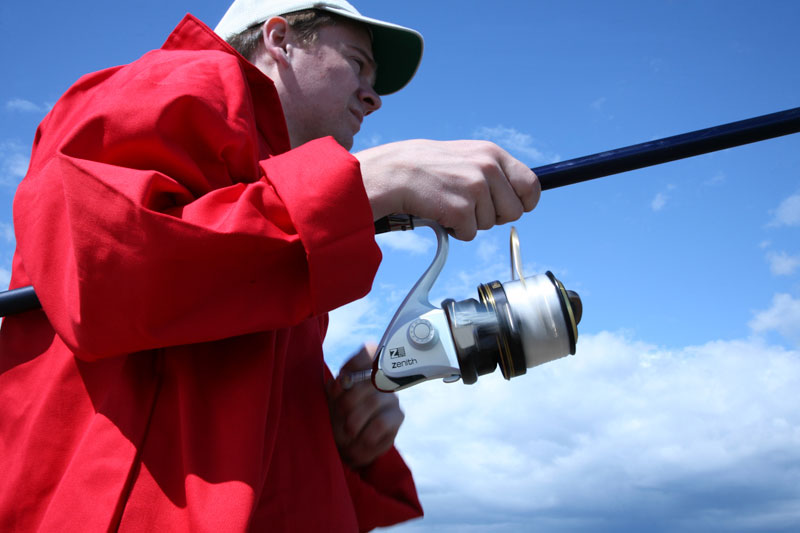 I wanted the reel for predominately boat fishing but what follows is of relevance to beach anglers. After spooling, the Zenith Z5000 was paired with a 14 ft Daiwa Grandwave FS rod and taken to the beach to bed the line and to get a genuine feel for how the big Grauvell cast and retrieved. In keeping with requirements afloat, casting was kept very simple with nothing more than an overhead punt required to achieve good distances on 5 and 6oz leads.

An initial concern was the Zenith’s weight. It weighs a hefty 815 grms which is around 100 grms heavier than much of the competition from other stables. Held firmly in a good screw reel seat however, this was no problem and if anything the extra weight balanced the 14 ft beach rod well. And the likelihood that this particular reel would more efficiently balance the raft of 15ft and 16ft beach rods currently finding favour is not lost on me. 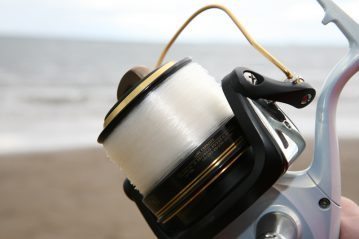 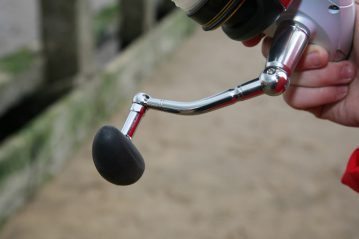 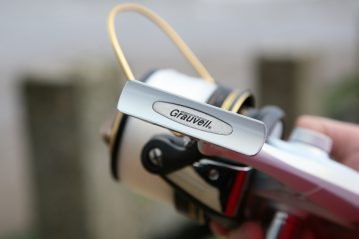 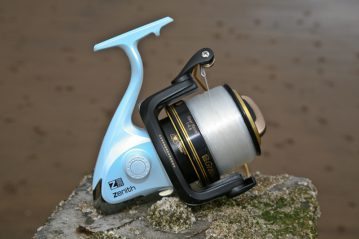 I don’t pretend to be some super-caster but good distances were achieved without any highly trained effort. My take is that anyone can achieve consistent respectable distances if pairing this reel with any beach rod rung for fixed spool. Based on old experience, I am always a little nervous that the bail-arm might snap shut like a mousetrap mid cast but I experienced no such shortcoming with this reel. I cast with mainlines of 30lb braid and 15lb mono, both to a 60lb leader, and it was frankly difficult to cast less than 100 metres on either line.

The 4.5:1 ratio draws in approximately 90cm of line with every rotation of the handle and is smooth, smooth, smooth. I was delighted to find no hint of back-play in the large but comfortable handle. By contrast, the anti-reverse switch is located in an awkward position underneath the reel which I do not like. My preference is a chunky rear-mounted anti-reverse switch for unhindered quick operation. But on the whole the Zenith Z5000 was a breeze to work with and I left confident in its ability to outperform my previous several fixed spools which had rolled over and died within a few short weeks of demanding boat action.

The 2009 EFSA English Boat Championship held out from Rhyl saw the Z5000 pressed into boat service for the first time. The draw bag wasn’t kind to me, and I found myself jammed up by the wheelhouse in a very restrictive position for casting. A fixed spool reel has huge advantages over a multiplier in such confined circumstances, and I was able to fire leads both uptide and downtide in search of big tub gurnard, smoothhounds, whiting and dabs. The majority of hounds were under 5lbs but these put a decent bend in my uptide rod and tested the powerful front drag. 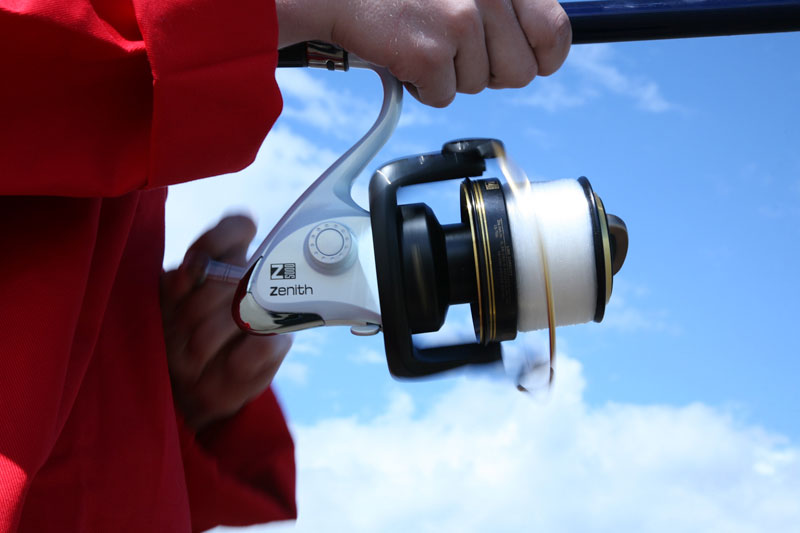 Carloway on the west coast of the Isle of Lewis was the venue for my next boat outing. This time the Z5000 was used over slack water for big spurdog and haddock in 80 metres of water where powerful spurs were regularly taken two-at-a-time. The successful tactic was to sling a 10oz plain lead up-the-tide, allowing it to roll slowly back to the foraging fish. Just a stunted flick sent the three-hook rig flying some 40 yards uptide, line spilling unchecked from the large static spool allowing it to reach bottom very quickly. 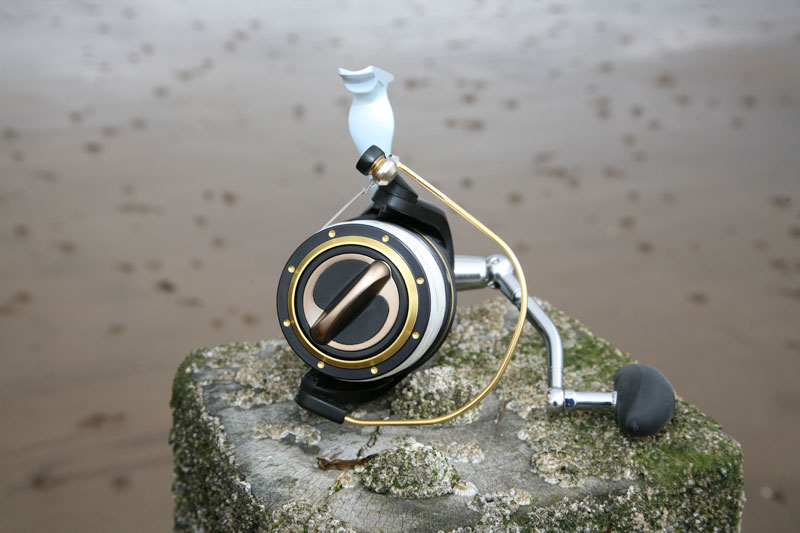 A spurdog would often hit just before the rig hit the seabed. As this was a competition the drag was cranked sufficiently tight to ensure the line didn’t part under the strain of pumping potentially multiple spurdogs. This was a busy day’s fishing and I wasn’t gentle on the reel. Regardless, I have no complaints about the Zenith Z5000 which rose to everything that was demanded of it without missing a beat.

Five months on and no worse for wear, the Z5000 has proven its worth for uptide/up-drift casting with 10ft plus rods. Shorter rods are not best suited to a reel of this weight, so it’s a little heavy for jigging/pirking. It has excellent performance credentials for use on the shore and is particularly suited to use with rods of 15ft or more. The Grauvell Zenith Z5000 has an RRP of £179.99 but is available online for around £90. If searching for a well made, reliable fixed spool beach reel or one to cope with uptiding then the Zenith is well worth investigating. 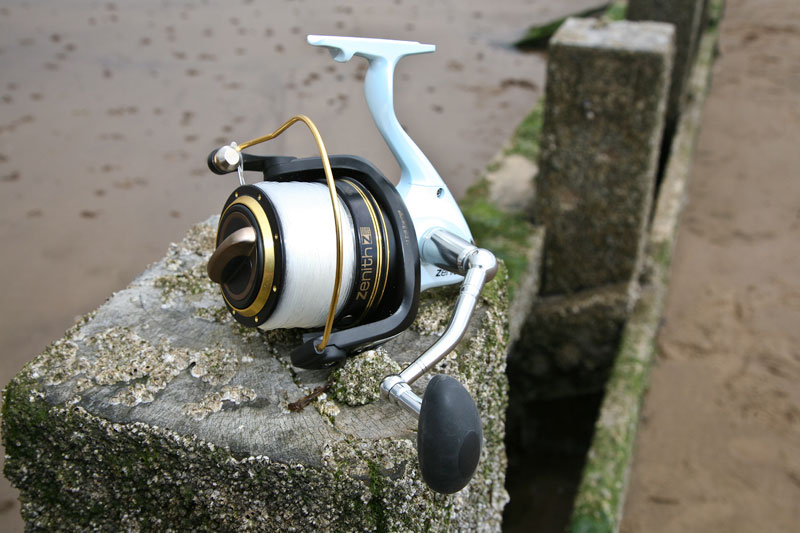