Fin Nor is a name that doesn’t spring instantly to mind in general UK fishing terms. But the brand is responsible for some excellent fishing equipment, as Des Westmore found out when he trialled a pair of the company’s Offshore multiplier reels.

Niche market ‘big game’ reels aside, Fin Nor also offer reels that are applicable to a wider range of UK fishing situations and the Offshore range of multiplier is just one example of this. Available in capacities ranging from 350yds of 20lb mono to 365 yds of 40lb mono, in high and low speed retrieves and with some models available with a levelwind, the Offshore has many bases covered. I had two reels for testing… the OFL 16 and the OFC 16H. Both reels are of the designated ‘16’ size which is the smallest offered with a capacity of 350 yds of 20lb mono, which the Fin Nor blurb equates to approximately 460 yds of 50lb braid. It is damn refreshing to see the braid capacity also being quoted as more reels are now loaded with braid than mono. 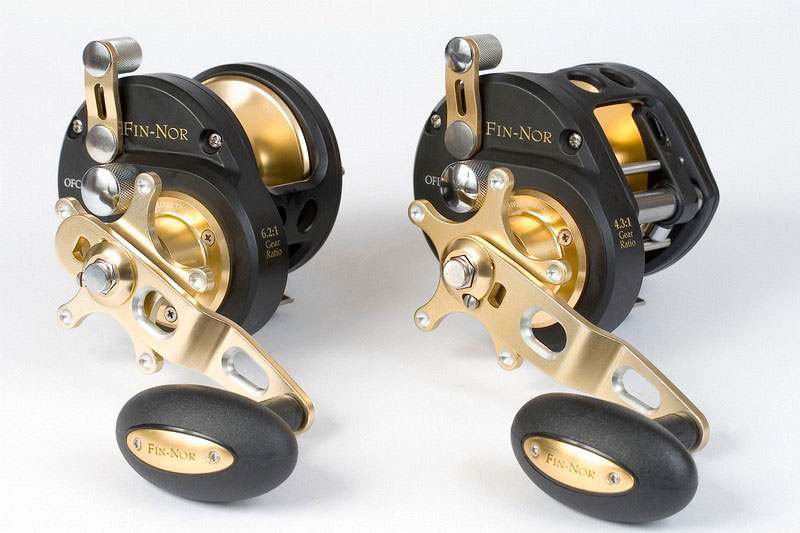 The ‘L’ in OFL stands for Level wind, and the ‘C’ in OFC is for Conventional, or no levelwind. The ‘H’ in OFC 16H denotes that the reel has the high-speed 6.2:1 gears that pull 49 inches of line onto a full spool per turn of the handle, as opposed to the 34 inches of line that the standard 4.3:1 gears get onto the spool. As with many things, to gain something you trade something else and the higher speed reel will not generate as much torque or cranking power as the low speed version.

If interested in a downtide reel that will cope with big fish and large leads in heavy tides, the low speed version will most likely suit you best. Lure anglers, uptiders or those who fish downtide but don’t use heavy leads will probably prefer the high-speed version. Fin Nor have acknowledged this with the factory fitting of the two-position handle. The high speed reels come with the handle fitted on the inner position, which makes it easier to turn quickly, whereas the low speed reels have the handle fitted on the outer position, which generates more turning power. Full marks again or great attention to detail by Fin Nor. Having briefly mentioned up-tiding with these reels I ought to say that they have centrifugal brakes which should help ensure trouble free casting. 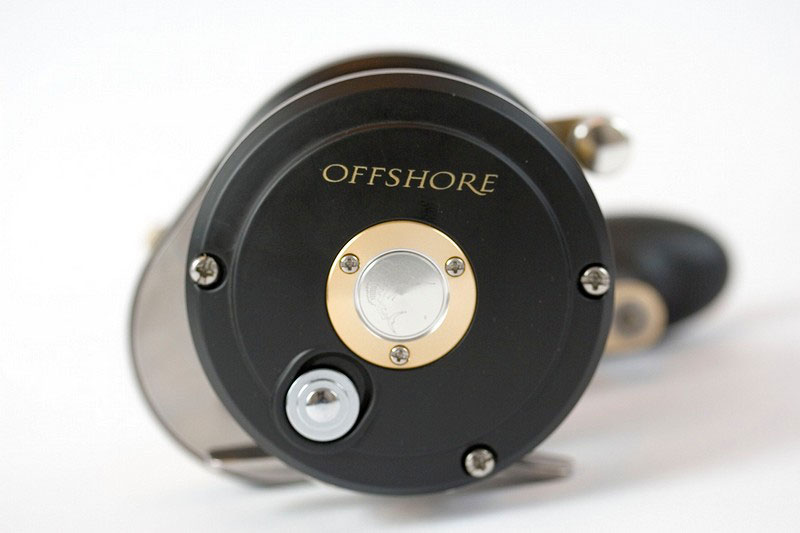 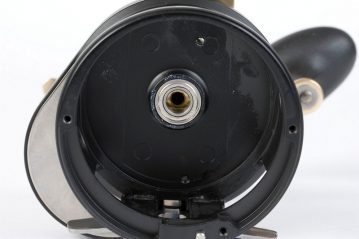 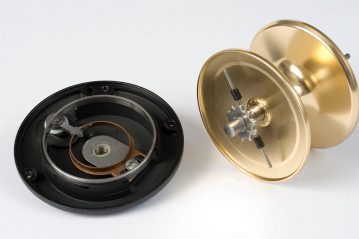 Both reels have die-cast aluminium frames and side plates. The black and gold finish has stood up well during four months of testing at sea. The gold anodised spool is machined from aluminium and runs on two out of a total of five double-shielded stainless ball bearings in both instances. Anti-reverse is taken care of by a one-way roller bearing and a back-up ratchet and pawl system is also fitted in case the bearing fails or slips under extremely high load. Both systems are silent so there is no ticking when you turn the handle. Regular readers will already know that silent reels always score extra marks with me. Free spool function on both reels is via a really chunky metal eccentric lever, which is easy to use with gloves or cold wet fingers. Drive does not auto-engage when you turn the handle. I would prefer it to engage automatically. Automatic engagement was once a standard reel attribute but it has gone out of favour in recent years, which is something of a shame in my book. I think this may be to satisfy overseas markets where auto-engage does not seem to find so much favour with anglers whose fishing involves casting lures and baits to surface feeding fish. The problem is that non-counterbalanced handles, as fitted to these reels, have a habit of self-rotating when you cast. A similar problem occurs when free-lining as the motion of the boat may turn the handle and engage the gears. Auto-engage in those circumstances can be something of a hindrance. Still, I make no apologies for disliking this trend of non auto-engagement. However, anyone planning to regularly use one of these reels for uptiding will likely argue against my preference. 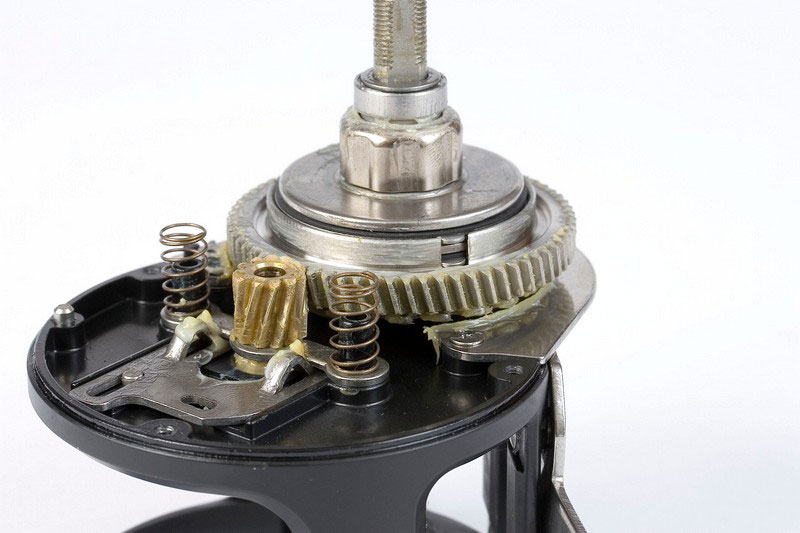 Inside of the reels, everything looks chunky, well built and there seems to be little to go wrong. The blurb again quotes all the right choices such as the tried and tested stainless main gear and bronze pinion arrangement. Both reels are certainly are very smooth when you turn the handle. The right hand side-plate is also well sealed, which, when combined with the reasonable amount of grease inside should further assist excellent long-term reliability. 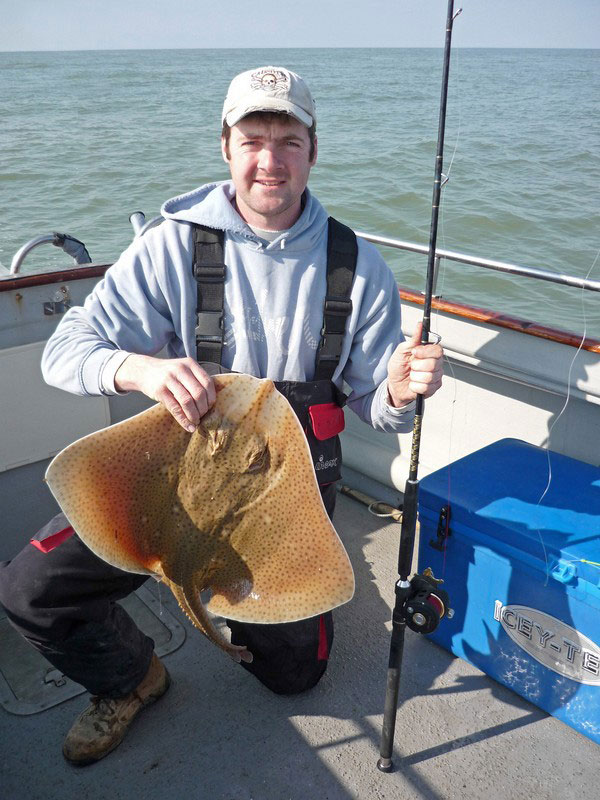 The left hand sideplate carries the line out ratchet, which is of a very simple and traditional design. The position of the ratchet button is a bit unusual however, being at the seven o’clock position when viewed face on. The left hand side of the reel also houses the centrifugal brake assembly. It is a two-pin design and while many other reels offer more, this simple pin system performs admirably.

The Offshore’s drag system is impressive. Controlled by a large, indexed star wheel the drag stack columns eleven steel and carbon washers in its makeup. The washers are also large in diameter and the available surface area of the drag results in very smooth action from new with a wide range of settings. However I have to report that after four months of use, the drag in both reels had become less smooth and detectably jerky.

I am a little puzzled as to the root of this issue and would suspect the material choice of the fibre washers is to blame. Personally I would prefer to see Carbontex washers installed – possibly the best washers around – as the factory-fitted fibre washers are perhaps this reel’s slight Achilles heel.

The size and balance of the reel were well received among those anglers who accompanied me during test sessions. Overwhelming feeling was that the Offshore 16 was a very good all-rounder in size and general performance terms. The only niggle was that deterioration of drag smoothness evident in both reels. As outlined though, there’s a quick fix for less than £10 if it happened to your reel. Several knowledgeable anglers did pass comment on the similarity between the Offshore and a reel from another manufacturer. Opening the reel up, I found the flagged similarity extends inside the reel too. No aspersions are being cast here because, for all I know it, may well be a licensed or co-developed product.

If you are after a reel in this class, the Offshore is definitely one to consider. Other reels worthy of strong consideration would be the Daiwa Saltist range and Shimano Torium. For more information visit www.zebco-europe.com 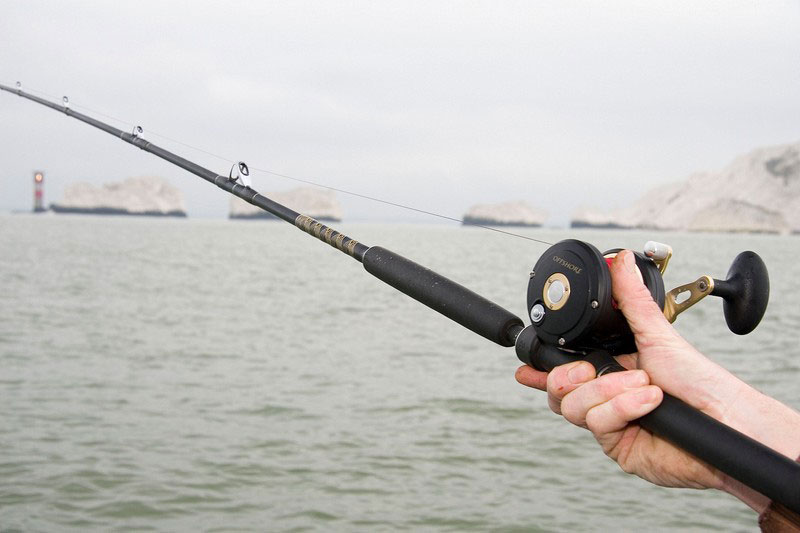