SKI-BLUE from the Tubertini stable is a low diameter fluorocarbon main line material that crafty match anglers would like to keep to themselves. Planet Sea Fishing investigates what makes this line different and puts it through hell to see how it fairs in the tough stakes. 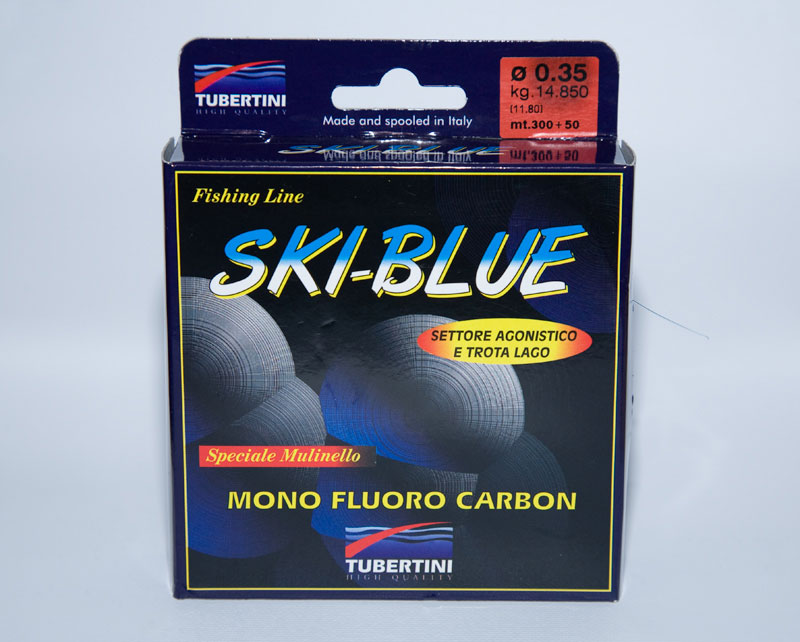 Normally when discussing fluorocarbon lines it is in the context of hooklength material or snood line. There is however an increasing trend towards derivative fluorocarbon main line materials and Tubertini Ski-Blue is one of a number of such that have quickly gained a solid following among fussy shore match anglers and competition boat fishermen in particular.

Made in Japan, Ski-Blue is a polyamide/polyvinylidene blend, which means it is mono-fluoro mix and something of a chimera among lines. This materials combination is further acid treated to create a smooth and supple fishing line that knots well and is excellent to work with. Indeed, Tubertini hail their Sebacic acid process as instrumental in countering the common issues of friction and compression synonymous with knotting and routine passage through line guides. Unlike the vast majority of other fluoros and fluoro-based lines which are routinely clear in aspect, Ski-Blue is coloured light blue.

Ski-Blue is pre-stretched prior to spooling and as such boasts a low diameter to breaking strain ratio. The labelling on the spool actually displays two specific breaking strains… this is because the company test and record line performance both in the laboratory, and under real fishing conditions. The ‘wet’ field strain is the lower of the two displayed in brackets on the label, and I would suggest the one to pay attention to.

I had a spool of 0.35mm Ski-Blue with a wet snap limit of 11.85kg. I tied various loops and knots in the line and repeatedly observed the breaking point on a reliable set of digital scales. It consistently burst on a straight pull at around 9kg. The best I could achieve was expiry at 9.23kg at the knot, which, at around 78% of the labelled give-out, is very good. 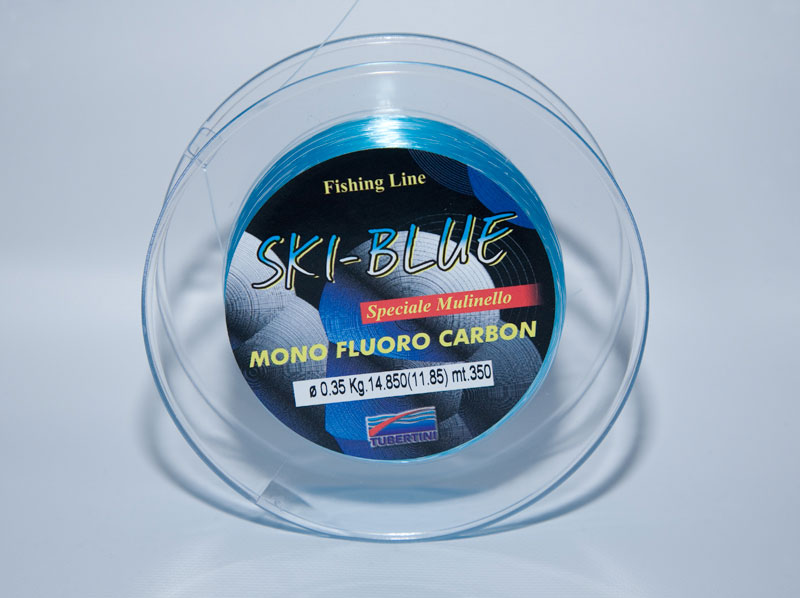 Abrasion affect is always a bigger concern with low diameter lines. I like to pass a length of test line through a piece of wire wool to mimic prolonged passage over coarse sand. The wire wool didn’t adversely damage the line, but surface scoring was clearly visible under the magnifier. The real indicator however, was how the Ski Blue would carry after being subjected to this frankly extreme abuse. Repetition of the previous pull testing saw the 0.35mm line now snapping along its length (rather than at the knot) at an average of 6.1kgs (13.5lb), which, impressively, is still more than 50% of the advertised expiry.

A telling gauge of just how good this performance is would be that around 10 years ago 0.35mm line with an advertised breaking point of 15lb was seen as the standard among beach fishermen. Similarly abusive assessments carried out on those lines would generally see them popping under steadily applied pressure at 6 – 7lbs or 2.7 – 3.2kgs. If we were to make the comparison then Ski Blue would instantly rate as twice as good.

I am using Ski Blue for clean beach fishing on a Daiwa 7HT Turbo and on a small fixed spool reel. It’s a lovely casting line and ideally suited to use with a tapered leader. It also has the added boon of being extremely low visibility for neurotics like me who worry about fish seeing lines in difficult clear water conditions. This is a quality line that is sure to grow in favour among bass addicts and shore and boat match anglers. 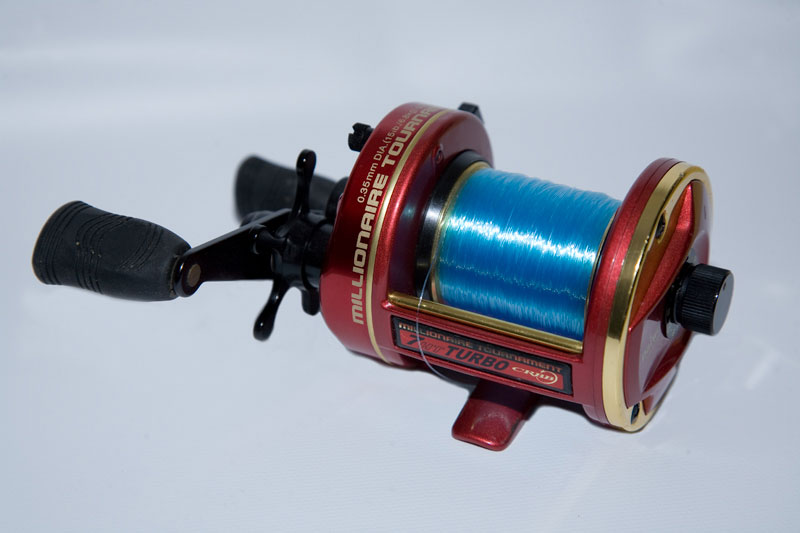