Tubertini have been at the forefront of the European boat fishing scene for many years now. Their long, multi-tip rods feature in the armoury of most of the top boat match anglers. Here Des Westmore reviews the Tubertini F1 T320.

Firstly, to avoid confusion this is a review of the Tubertini F1 T320, which is a two-section rod with three tips, and not the F1 506 which is a more expensive rod having five sections and three tips. 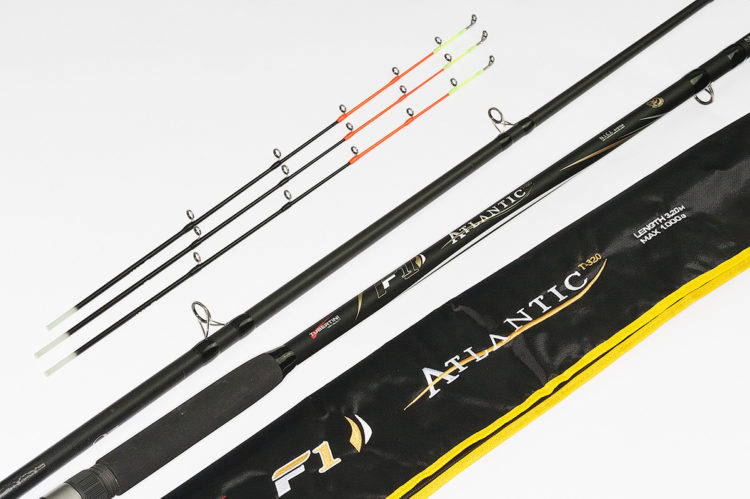 The Tubertini F1 T320 is derived from a style of rod initially used on the international match circuit but is aimed at both competition anglers and pleasure anglers in the UK. At 3.2 metres in length it can just about be described as a “long multi-tip rod” and if you do want to go a bit longer a 4.0m version, the T400, is also available.

For comparison, neither of these rods out-reaches the F1 506 which can be assembled to give lengths of 4.2m and 4.85m. Personally, for the fishing I do (smaller private boats as well as large charter craft), I feel the length is spot on.

I don’t normally state my feelings in any review this early but I have used the Tubertini F1 T320 throughout 2017, since the Spring, for all my inshore fishing and must say I have found it pretty much perfect in every way. I have tested and used a number of multi-tip rods over the past fifteen years, though only the Gorilla AP350 from the Tubertini stable, and the F1 T320 is definitely the best I have tried and it is my favourite rod right now. 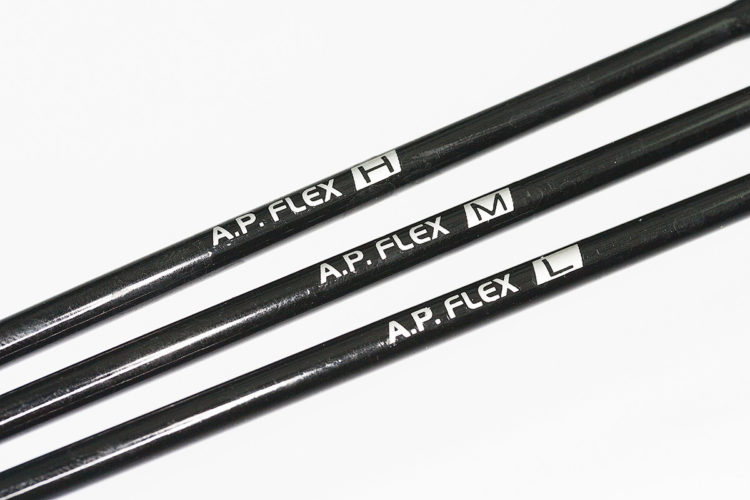 Back in the Spring, most of my fishing was aimed at bream and plaice and a rod such as this excels at that style of fishing as it is so sensitive. More recently though I have used it for whiting and it is proving to be great for that too while as my confidence in this rod grows, I am using it more and more and will hopefully get a cod on it soon. During testing the two largest fish I have caught so far are both smoothhounds; one at around 10lb with the other a tad over 14lb. For the ten pounder as the tide was slack, I had selected the lightest tip and was casting away from the boat with only one-ounce of lead using a fixed spool reel.

Under load from the smoothhound, even the lightest tip blended smoothly with the lower sections of the rod and there was no “dog’s hind leg” syndrome. I was using very fine wire size 2 Aberdeens and the rod comfortably cushioned the runs and lunges of the hooked fish. The 14lb fish was taken just at the end of slack water with the medium tip and 4oz of lead. Again, the rod behaved impeccably; especially considering that to begin with I bullied the fish thinking it was a tope that would soon bite through the trace. 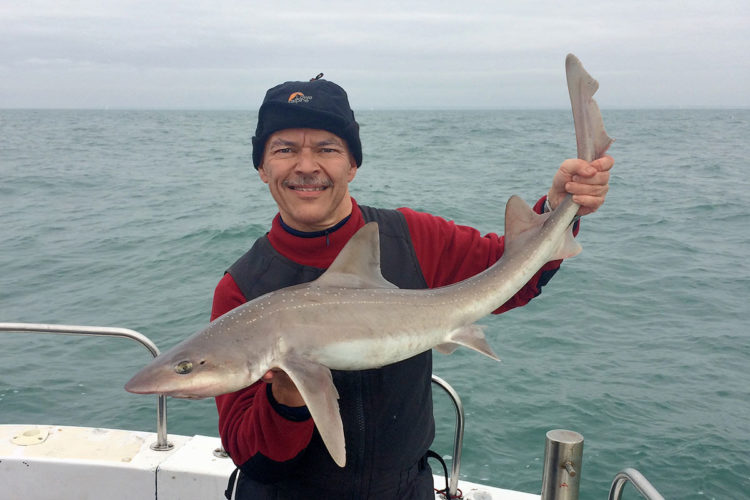 I have spoken to other anglers who have caught larger fish than this on both the T320 and the T400 and they all report how well the rod performs. It is by now, I am sure, obvious to you that I really like this rod and that is so true that I have got my review all back to front and launched into the summary without telling you much about the detail.

Starting at the bottom, a gimbal is fitted. I had no need of this but the well-rounded rubber cover makes using the rod comfortable. There is no lower grip on the handle and the bare matt black rod blank is visible all the way up to the short EVA grip which is fitted behind the plastic Fuji reel seat, which sits 16” up the rod. This is fitted with the threads up the rod and while I prefer them to be fitted the other way around for use with a multiplier, as I have used this rod with a fixed spool reel it has not been an issue. 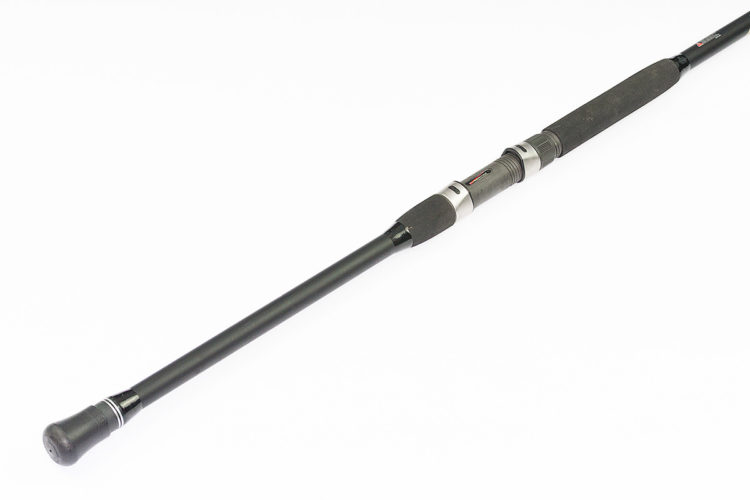 A six-inch EVA grip sits in front of the reel seat and the rest of the handle section blank is smooth matt black with one three leg lined titanium ring. This ring looks a bit small for use with a fixed spool but hasn’t caused any problems. Whippings are plain black with a good quality hi-build finish. The graphics are all gold and white which both look good and give lots of information including the fact the rod is rated to a maximum of 1000g.

Looking on the Tubertini web site this is a drifting, not casting weight. Personally, I wouldn’t like to use this rod dragging that kind of weight but talking to England Home Squad manager Steve Bachelor, plenty of people do fish that level of weight with this style of rod. I guess the fact that by the time 2lb of lead is needed I have usually given up fishing make this pretty much academic but the message to take away from this is that the rod is tougher than you think. 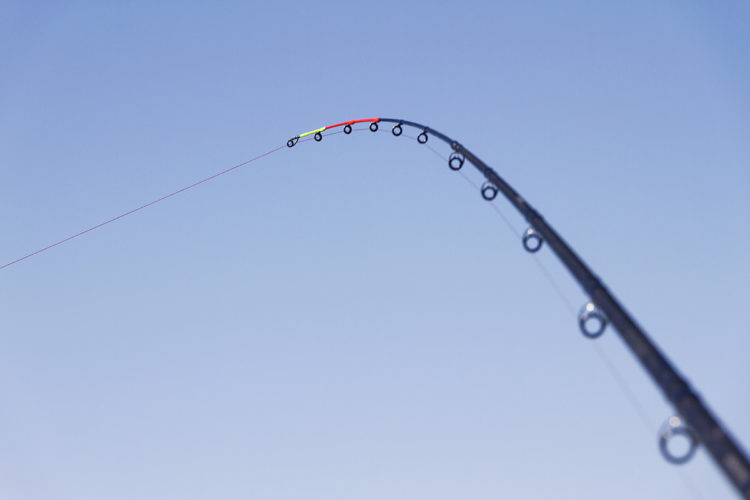 Moving back to the rod, and to the mid-section this time, this is again black but is now unground and so retains the spiral pattern on the blank from the tapes used during the manufacturing process while the blank was cured.

The joint between the mid and handle sections is worthy of note as it is cut at an angle. This is Tubertini’s A P Flex system and it produces a very neat joint as well as an aid to aligning the two halves of the rod. Care needs to be taken when the rod is disassembled though as the sharp edge on the mid-section could get damaged. 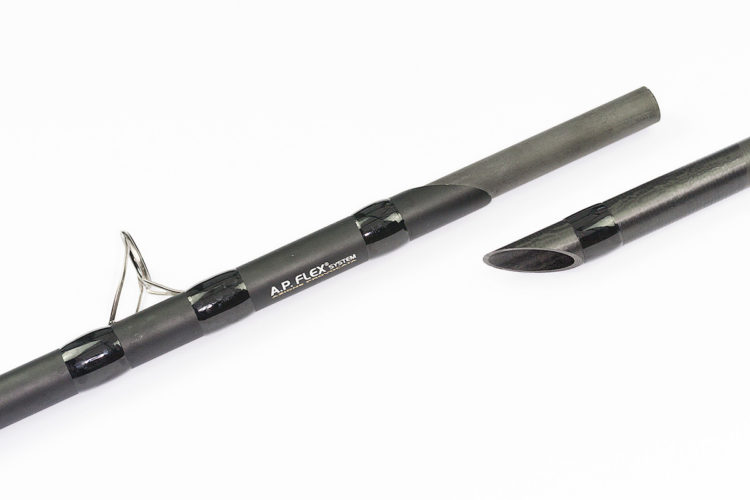 Five three-leg Titanium lined rings are fitted, again with plain black whippings, and in common with most multi-tip rods, the final ring is at the very end of the section. This not only helps reinforce the plug-in joint for the tips, but also greatly enhances the action of a multi-tip rod. 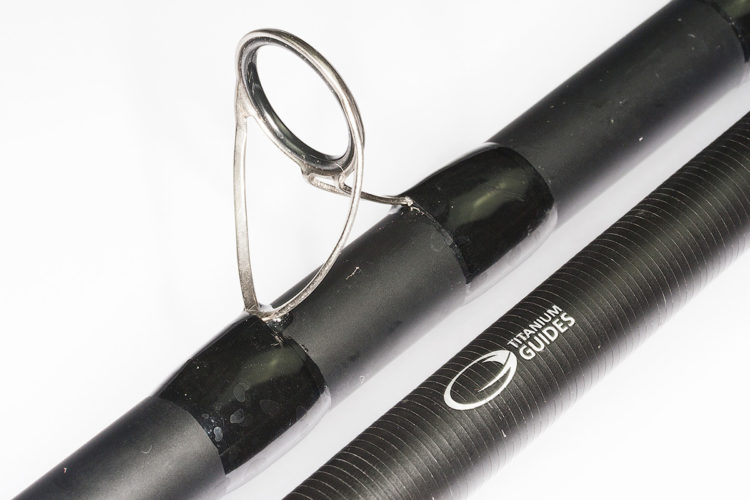 Finally, the three interchangeable tips – they all look the same, with bright Hi-Viz paint and five single leg lined rings plus a tip, so it is very useful that they are labelled “L, M & H” to identify which is which. I like to use the lightest tip but all are good and do the job they are supposed to do.

That is just about it for the Tubertini F1 T320. In short for inshore fishing with leads between 1-12oz in varying conditions, I can’t fault it and as I have said, it will take much more than this if you want. 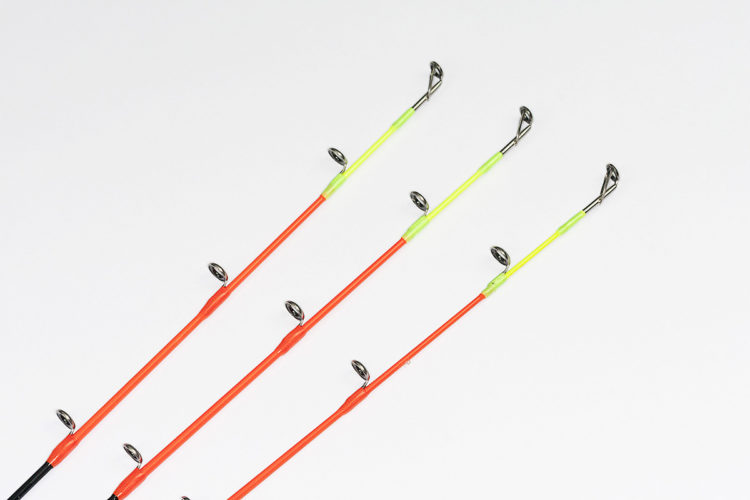 This is by far the most rewarding rod I have tested for a while and with Titanium rings, I am hoping there are no long-term corrosion issues. Tubertini’s UK web site, shows the price as POA but looking on line I am seeing prices around Europe of €225-265 which is good value for such a great rod.