Freed from the packaging the smart Icom IC-M35 looks a robust piece of equipment intended to build on the success of the IC-M33 model. Contained in the box are a comprehensive set of contents comprising the handset, a flexible ‘rubber duck’ antenna, a re-chargeable Lithium-Ion battery pack with charger, a battery pack which holds 5 AAA batteries for backup, a belt clip, hand-strap and user’s manual. 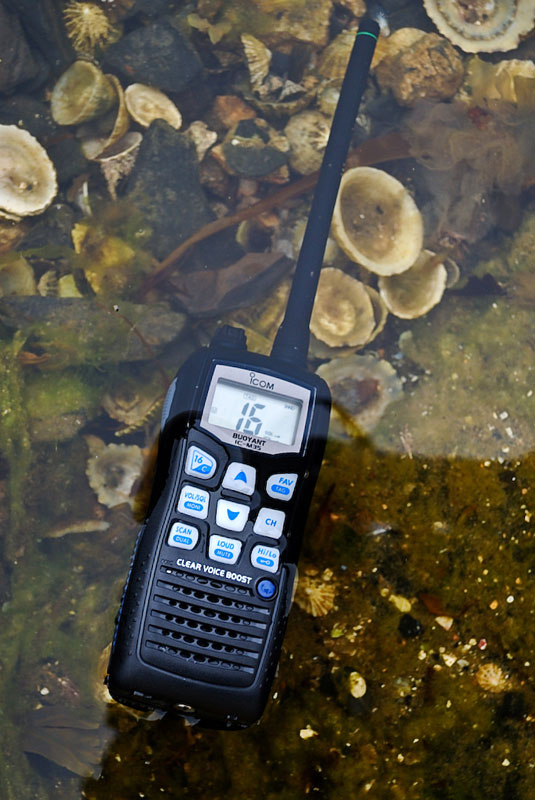 The first step is to charge the main battery overnight. It’s a simple task to locate the battery pack in the handset and to secure it in place by turning the stainless screw with a coin. The charger, which can be secured to a flat surface using the supplied screws, is plugged into the mains using the AC adapter and the transceiver is located in the cradle. Charging from a fully discharged condition should take around 10 hours and the charger will automatically switch off after 14 to prevent overheating. For charging at sea or in the car from a 12v source a cigar lighter lead is available.

Both the re-chargeable battery and the AAA battery pack have a robust rubber O-ring which prevents the ingress of water should the set become submerged. The battery is advertised as having a life of eight hours between full charges but I found that it was possible to have two days out on the boat without full loss of power. I did however have the spare pack loaded with its batteries to be on the safe side. 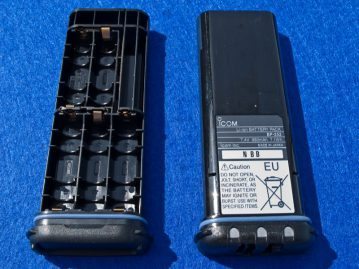 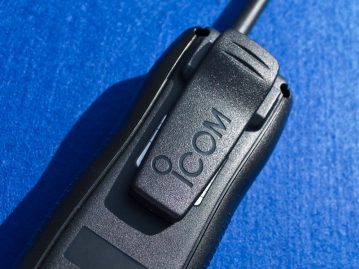 The belt clip is a well made accessory with a sturdy, metal sprung clip and while I didn’t actually attach it to my belt like Batman might, but it proved useful to fasten onto the steering console of the boat. The wrist strap is simple but functional, although I tend to forego using these as I find they tangle on projections in the confines of a boat.

Attaching the antenna simply requires it being screwed onto the fitting on the upper surface of the handset. There is a connection for an external speaker / microphone adjacent to the antenna but I did not have the opportunity to try this out.

The buttons on the IC-M35 are large and easy to operate even for those with ham-like hands, or when wearing gloves in winter. The unit is powered up by pressing the power button and the screen immediately displays the basic setup. The PTT – press to transmit – button is easily reached on the side of the set and is positioned so that left or right handed users should find it accessible. The transmission power of 6 watts is higher than almost any other handheld VHF, giving this unit an excellent range. To extend the battery life the set can be switched to low power where it operates at 1 watt although this does have a resultant loss in range. 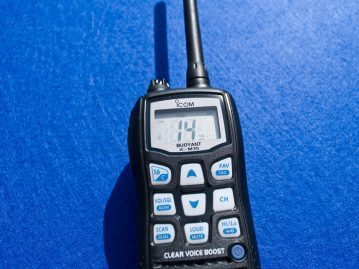 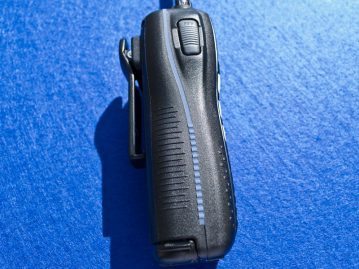 Several of the keys have multi-function modes which are accessed either by additional key presses or by pressing and hold the required key for one second to change its state. The keypad operation soon becomes second nature and is intuitive. The centre placed arrow keys change the selected channel or act with other keys such the volume. The top left button automatically selects channel 16 safety channel, and can also be set to dual watch between this channel and your working channel.

Water can sometimes muffle the sound from the speaker and Icom have introduced the excellent ‘AquaQuake’ water draining function. By pressing the Scan and Hi/Lo buttons simultaneously a low frequency tone is emitted which vibrates the speaker, clearing any water.

The IC-M35 can be set up to scan tagged channels. When scanning, the set will run through these channels listening out for broadcasts. I have programmed in tags for channel 16, the Scrabster port channel 14 and the general channel used up here which is 12. This allows me to listen in on all three channels without having to switch back and forth between channels. 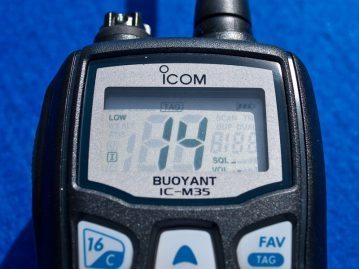 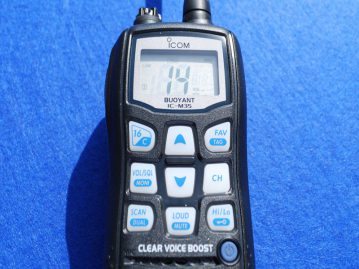 In addition to being fitted with a noise cancelling microphone which reduces the effect of background noise on the transmissions, the set also has a function called ‘Clear Voice Boost’. The set automatically monitors background noise levels and if the background levels rise, the set adjusts the volume of the incoming or outgoing transmission so that your conversation remain audible whatever the background levels… a very handy function given the noise levels from older outboard motors.

The set is fully waterproof to a depth of one metre which affords protection from the elements, spray and fish debris when using it on an open boat or from a kayak. The final bonus is that the set floats as I proved much to the amazement of passers-by when I deliberately, for once, dropped the set into Scrabster harbour.

As a handheld VHF the IC-M35 is the best that I have operated to date, and for anyone boat fishing inshore or working from a kayak I don’t think you will find a better set for the money. For those venturing further offshore, this unit will make a perfect back-up set in the event of a fixed VHF unit failure.

Online registration of your set at the manufacturer’s website gives a three-year extended warranty and the owner’s manual can be downloaded here.

Further information on the IC-M35 and accessories – Icom UK 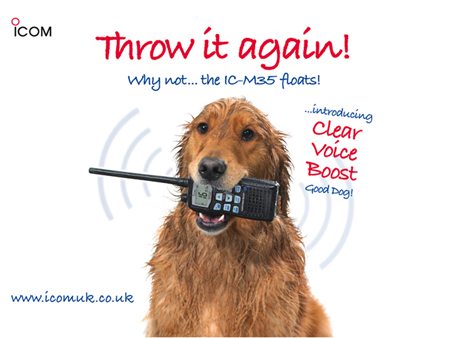 Lowest price available at time of publication: £159.95 at Marine Scene