You instinctively know a superior line when it peels from the spool… soft loose coils fall off with virtually no memory. My first impressions of Sakuma’s Shock Leader were very encouraging, super soft and with no residual spool memory, but experience has previously shown that soft lines often don’t have the longevity to survive a tough session over rougher ground, so I remained cautious. 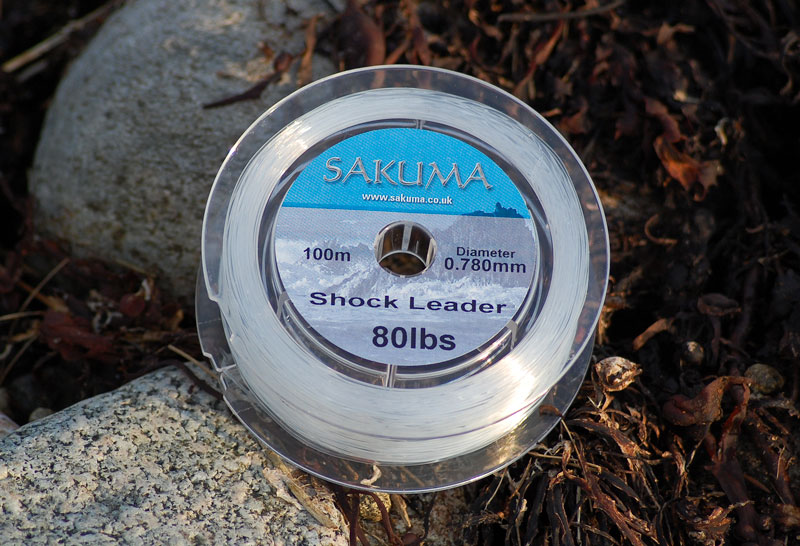 The Sakuma range of lines has been available for some years now having developed a cult following in angling circles and becoming a bastion amongst tournament casters. Their Shock Leader is, like their entire range of lines and hooks, of Japanese origin and comes on wide 100 metre spools in 50, 60, 70 and 80lb breaking strains in clear, yellow, red and grey colours.

I tested the ‘clear’ 80lb breaking with its stated diameter of just 0.780mm, which is slimmer the norm for a line of this breaking strain. I peeled off around 20 metres and used a micrometer took take a series of measurements over the length. The mic’ consistently showed the stated diameter to within four one thousands of a millimetre (that’s 0.004mm), which in real terms is less than a midge’s nudger! For comparison purposes the average thickness of a human hair is 0.100mm. 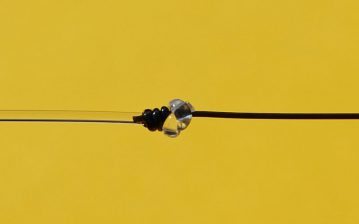 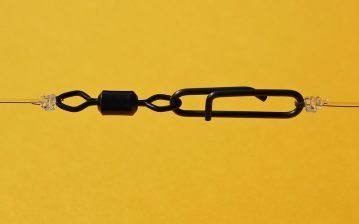 On the beach there was some noticeable stretch on first use, which, for such soft line, is to be expected. But this is forgotten about when weighed up against the positive attributes of suppleness, toughness and its superior knotting qualities. Sakuma SL produces an incredibly compact and tidy leader knot that will not catch rod rings unlike harder leaders that are symptomatic of rough, bulky knots, which do not always clinch together effectively.

Actual leader application aside, many anglers use this line for rig building purposes. Steve Souter for example, swears by Sakuma SL and uses it almost exclusively for his heavier boat fishing, and as a body material for shore fishing rigs. When I spoke to him about it he said his only complaint was that the line was not yet available in breaking strains below 50lb. He also told me that he had been playing with some brand new and likewise excellent 100lb clear Sakuma SL, specifically for ling fishing.

I have been using Sakuma Shock Leader for a several months now over everything from clean sand to shingle, and over barnacle-clad rocks. I am delighted to report that the line has coped superbly, and it has been granted permanent residence in my tackle box. 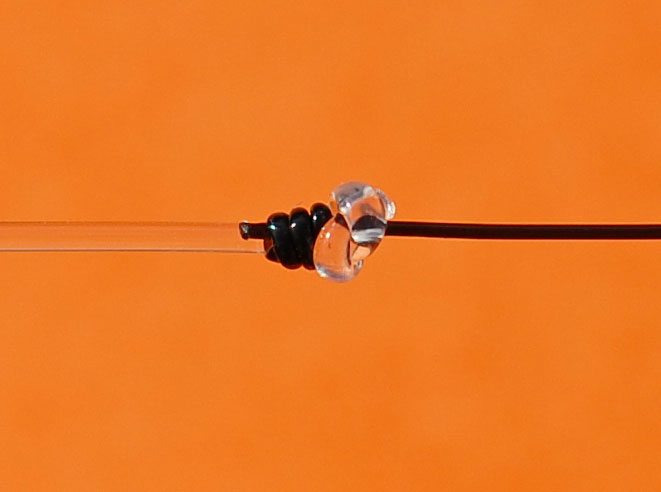 Sakuma Shock Leader is a competitively priced, robust leader material and base rig building line. And there are far too many fussy class anglers now using it for it to be anything other than top notch. Prices range from £5.60 to £7.15 for 100 metres. For details of all Sakuma products visit www.sakuma.co.uk