Concerns over the possible loss of balloons and plastic bottles and their effect on marine life and the wider environment led me to search out reusable float fishing alternatives. Research provided several ideas but eventually I settled on the Redi Rig release float range.

The Redi Rig release float range is manufactured with a simple polystyrene body and are produced in three basic shapes, a ball, a pear and a rounded end cylinder. 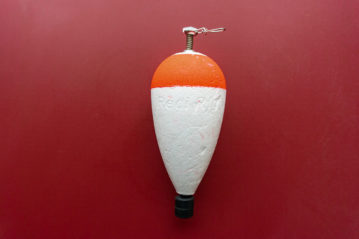 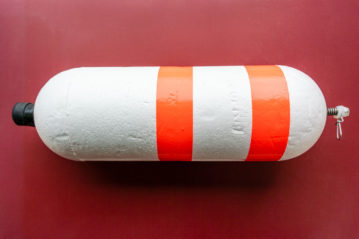 I have the Magnum version which can support up to 1.4kg and the 100mm version of the Predator Series which can suspend baits up to 90g.

While the bodies themselves are readily available as normal floats it is the unique central lock column which makes these floats unique. 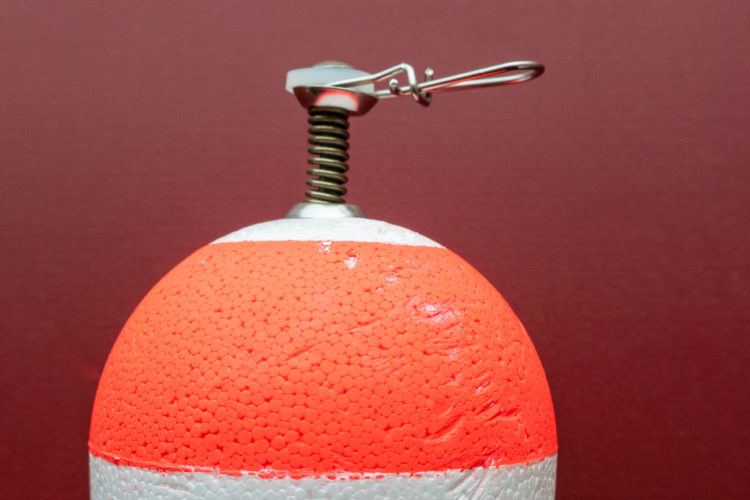 The top of the float comprises a stainless crosslock snap clip which is held on a central bar and tensioned using a stainless spring. 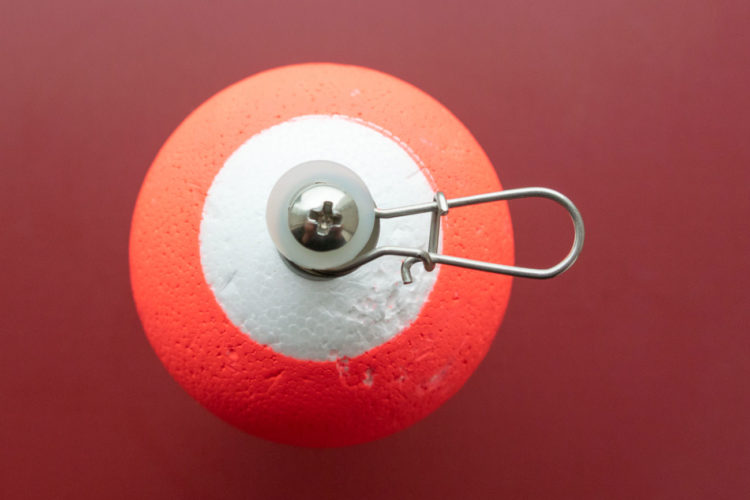 A stainless clip secures the line 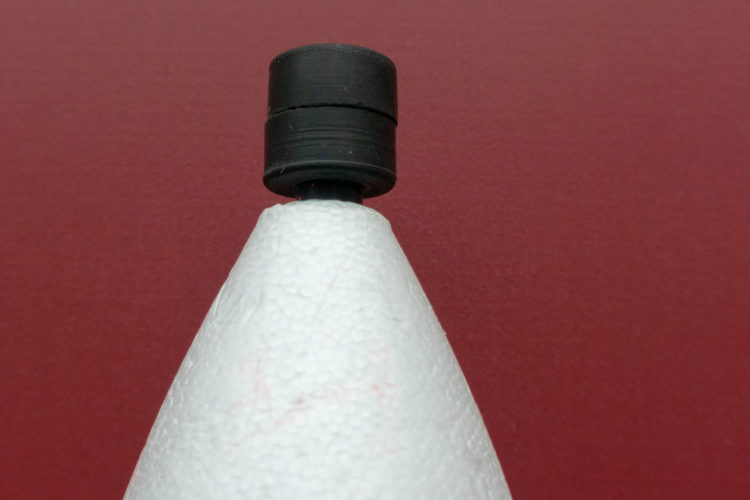 The lower washer moves downwards by applying pressure to the top of the rod above the snap clip. 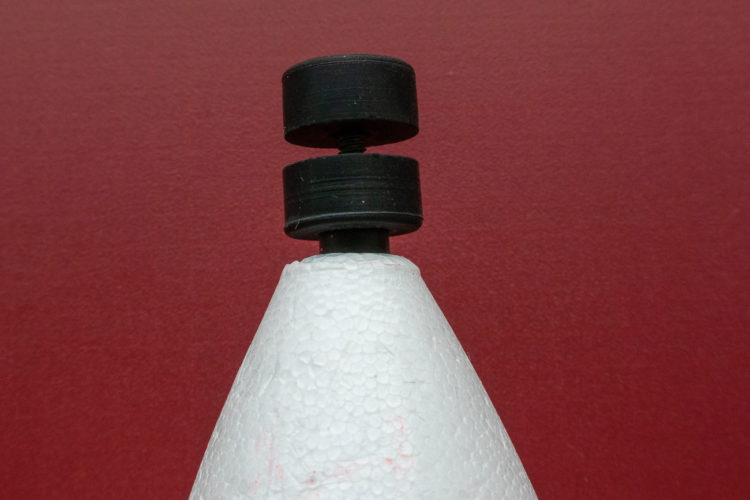 The rubber washers in the open position

The float is simple to use; once the baited rig has been dropped to the required depth the main reel is slipped inside the opened snap clip. The clip is then closed to secure the line while still leaving the float free to run on the main line. 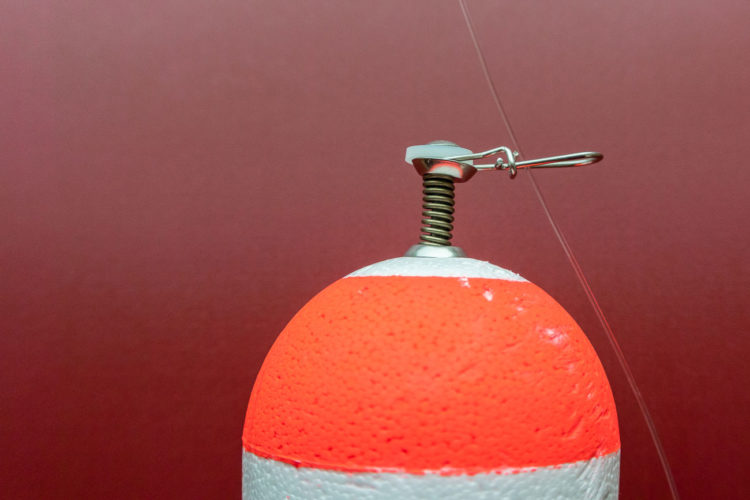 The main line locked in the crosslock clip

The float is then locked in place by looping the line inside the opened rubber washers. Pressure on the top of the float at the central column separates the two washers.

The friction of the washers on the line can be varied according to its position within the washers. The closer the line is clamped to the edges of the washers the less pressure required to release the line. If using a braid main line the line should be trapped at the centre to ensure a good grip. 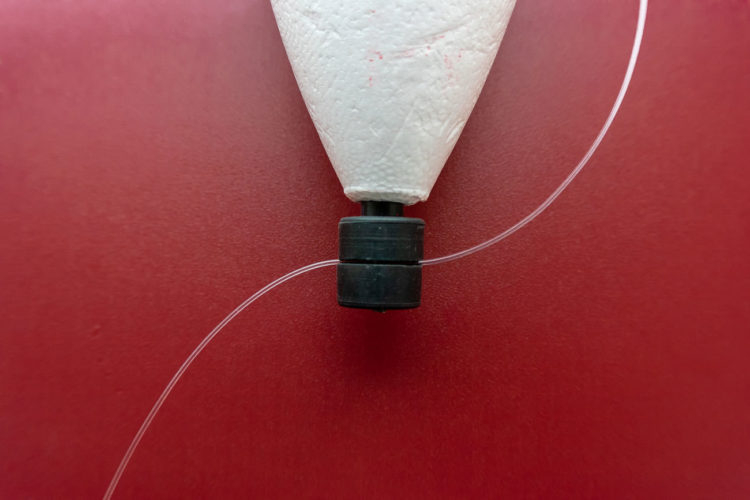 In the event that the line does not release on the strike the float can be released at the side of the boat.

I have used the Redi Rig release float mostly for boat fishing but they can be used from the shore as long as the cast is smooth. Any jerk during the cast is liable to cause premature release. 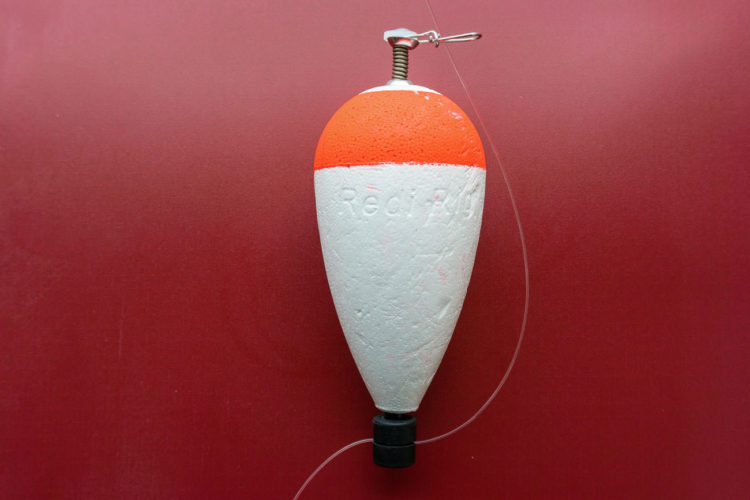 The float assembled on line

Unlike a fixed float or a sliding float limited by a stop knot the Redi Rig release float does not apply pressure to the fish and allows a free running fight.

They are a great option for the boat angler as the rig can be dropped to the sea bed, and wound up to the required depth before securing the float in place. It is extremely easy to relocate the float on the main line if the depth of the feeding fish changes.

The floats are not cheap but given that they are reusable they do represent good value for money.

They are available in the UK from Leadertec and are priced at £13.47 for the Magnum and £5.35 for the biggest Predator version. 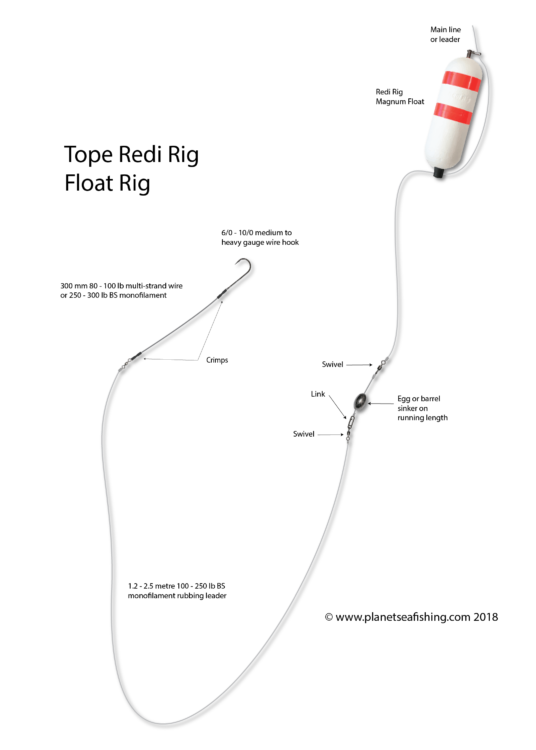 Sport Warms Up On Lancashire Coast