After a solid 24 months of fishing abuse, Des Westmore and friends present a collective opinion on the modestly priced Greys G Series range of boat rods which retail at under £40 apiece.

As befits a genuine long-term test, the complete set of four Greys G-Series 12lb through to 50lb class boat rods have been in my possession and been well used for 24 months. Greys boat rods that I have previously tested have all been middle to upper-price range examples and aimed at experienced anglers. This G Series rod range represents a bold pitch into the modestly priced, entry-level area where choice is already vast. Quality at the lower end of the scale varies dramatically between brands and across ranges, and the key to quick success lies in delivering better than serviceable fittings and good blank actions for a very affordable outlay. Conversations with Greys prior the rods arriving confirmed they were under no illusions, but there was confidence that they could deliver on both parts of the quality/price equation. 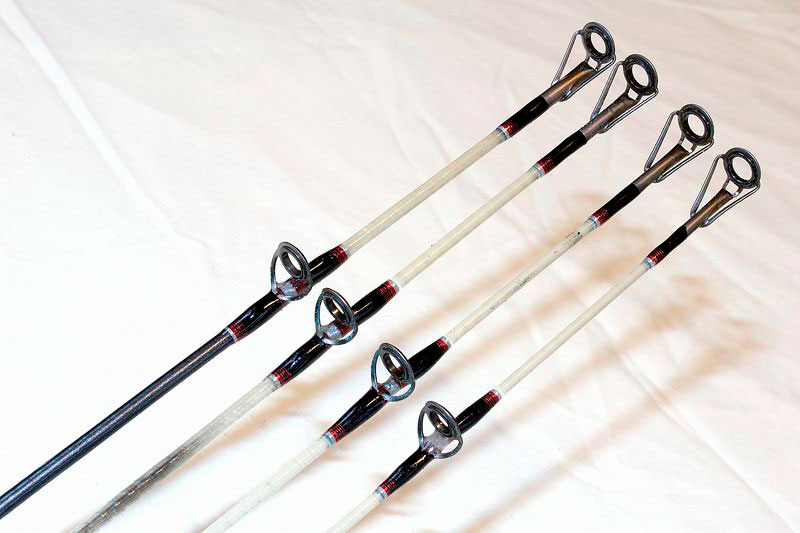 The first thing that struck me when I un-packaged the rods, was their similarity to the classic Shakespeare Ugly Stik rods. This shouldn’t have come as a surprise as I had been told of the transparent fibreglass tips in advance. The G Series are all 6 feet 6 inches long, while the blanks, transparent tip apart, are of a metallic grey colour. Six lined double-leg guides plus tip are fitted, with the sizes from 20mm at the butt, to 10mm at the tip. All rods are of two-piece construction, with the joint being incorporated into the graphite reel seat. All handles are 2 inches total length, and are fitted with black EVA grips. The rod action across this range is described by Greys as ‘Middle-to-tip’, which proved accurate. All come supplied in a cloth bag.

The four rods are billed as 12lb, 15-20lb, 20-30lb and 30-50lb classes. My first test session was on spring bream, and only the 12lb rod went with me. I decided to cover up the rod’s logo with some tape and conduct a ‘Guess the make? Guess the price?’ exercise with the other anglers on board. Most put the price at around £40-£50. The RRP is actually £39.99 for all the rods, which shows how generic this sector of the market is, but no one guessed the manufacturer correctly. My clever unveiling moment revealing the company brand fell flat when the damn logo came off with the tape! And everyone just had to accept my firm assurance that it was a Greys. The concensus was that build and appearance of the rod were impressive, but the general feeling was that felt it could do with being considerably longer than 6ft 6in. 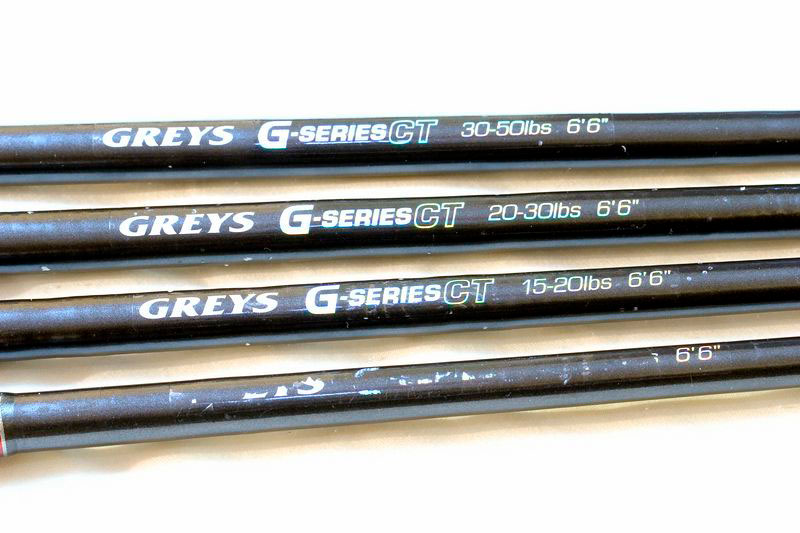 A body of opinion

To establish a broader range of opinion, I farmed the rods out to other anglers with varying degrees of experience. Marcus Corney, one of the more experienced, took a couple of the rods on a jaunt to Alderney where they were used for drifting for bass and flatfish, as well as wrecking for pollack and cod. His overall comments were that they represented good value but he would have preferred them longer. He also felt that the butt length behind the reel was too short. This was interesting, as I like the proportions of the handle with the short section behind the reel combined with a long fore-grip. Skipper Vernon Everitt had also picked up positively on that feature when we were on the bream trip, but Milo Pragnell, another tester, also felt the handle was too short. There was no correlation here between the stature of the testers and the preference for handles. A movable reel seat on a long EVA handle would certainly address individual placement preferences on the two lighter version rods. 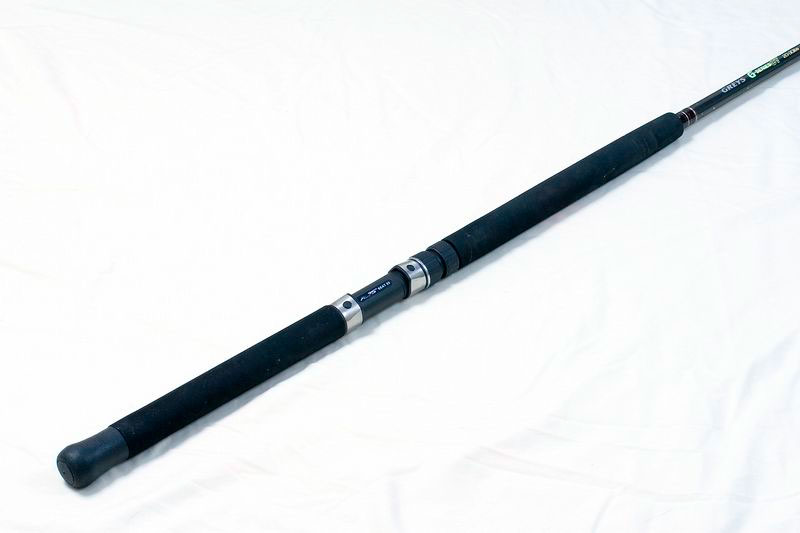 Marcus had caught a few decent bass, but he had not had the chance to really test the rods on any fish of great substance… this part of the testing was left to John Haskett. John is a sound engineer who travels the globe rubbing shoulders with the likes of the Rolling Stones. He has dabbled in angling all his life but only gets the chance to fish these days when at home – which isn’t very often so he definitely ticks the ‘occasional angler’ box. 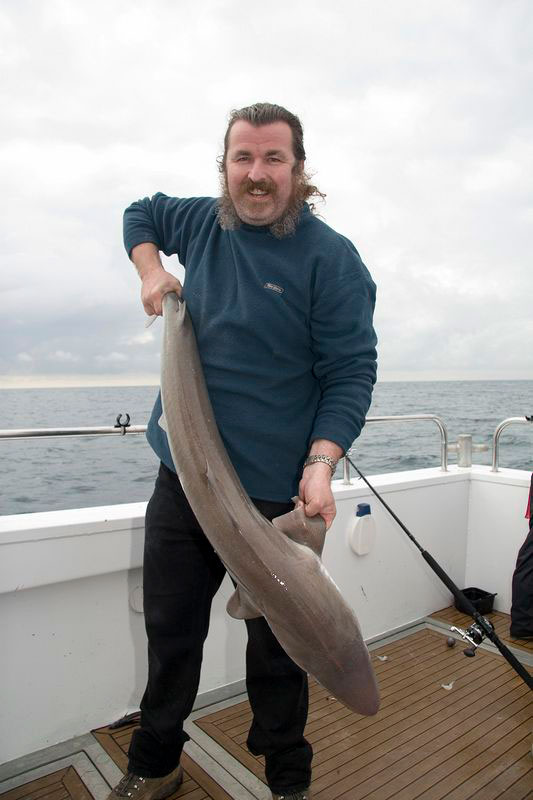 He joined me for a wreck trip in the back in the autumn, and put the 20-30lb class rod through its paces on tope to 40lb, in depths of nearly 200 feet. Fishing with 20lb braid on a 7000-size reel, John liked the rods and found the soft fibreglass tip ideal for absorbing the lunges, runs and head-shaking antics of angry tope, even when he had the drag set a bit too tight to start with. He also used the 12lb rod to good effect on some bream. His overall impression was that the G Series were excellent rods for the price. In keeping with a seemingly common theme, he too felt they could be longer.

The handle configuration and overall rod length provoked the most debate among the anglers involved. Opinions on the handle were split, but the majority commented negatively on the curt rod length, advocating that an increasing the lengths would increase the G Series’ usefulness and appeal. Many other manufacturers’ rods in this price range also pan out at around 6ft 6in but that doesn’t necessarily mean that this is the most appropriate for the mainstay of UK boat anglers.

The only other problem that came to light was that to fit a reel with a large reel foot, you had to sometimes undo the rod-joint incorporated into the seat to get the reel seat to open up far enough to fit the reel. I deliberately told all the testers not to wash the rods down after use just to see how they fared. Not surprisingly, by the end of the season, there was strong evidence of corrosion, but no worse than I would have expected on a rod of this price and nothing that a bit more TLC wouldn’t be able to hold in check. 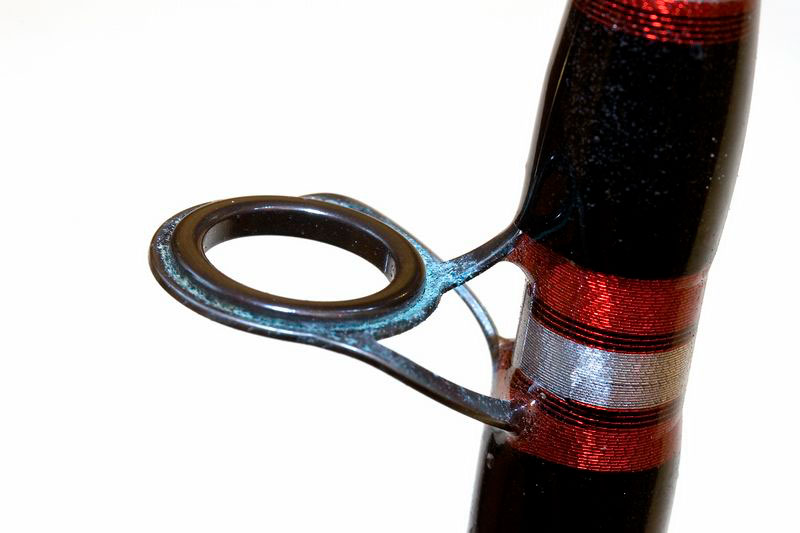 To recap then, Greys G-Series boat rods are available in 12lb, 15-20lb, 20-30lb and 30-50lb and all have an RRP of £39.99. If you are looking for a rod in this price range you should definitely take a look at them. While you may find many similar rods, it is probably only the Greys rods that come with a full unconditional lifetime guarantee. For more information go to www.greysfishing.co.uk 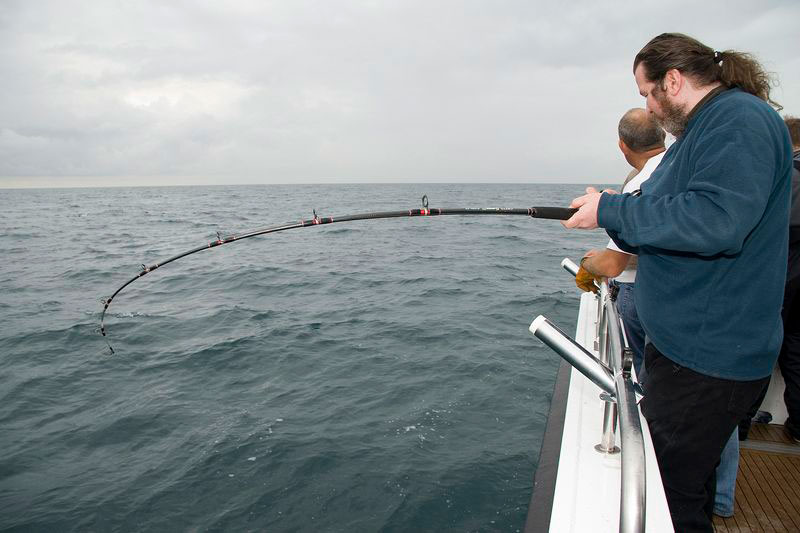