Trekking the Keys is first sea fishing DVD from the FOX International stable. Featuring Andy Little, it documents a week of fishing in the famous Florida Keys for species including tarpon, permit, Goliath grouper and bonefish. Dave Proudfoot put his feet up and watched this one. 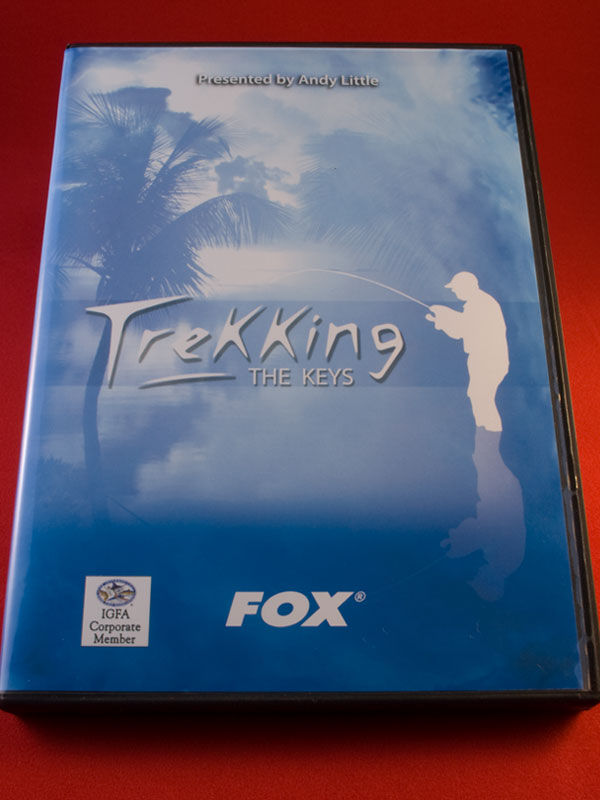 There’s no true substitute for wetting a line but I enjoy watching others fishing when I can’t get afloat or to the shore for work or foul weather reasons. The new Welsh language programme ‘Sgota’ aside, there’s little in the various television schedules that has not been repeatedly aired to death and I often reach for a DVD for a fishing fix. The latest to catch my interest was from Fox International who are producing a growing numbers of new videos featuring well known anglers as the presenters. The first in the saltwater series is ‘Trekking the Keys’ presented by established coarse and carp man Andy Little. While not a regular sea angler Andy does enjoy his blue water fishing and his skill with a rod is evident in the footage that I have just sat back and enjoyed.

The DVD covers a week long trip to Islamorada in the Florida Keys by Andy and his clearly long-suffering wife Jeanie. Their skipper of choice was inspired as Keys-born Capt, Skip Neilson is both knowledgeable and enthusiastic about the inshore and offshore reef fishing in the waters of the Gulf of Mexico.

Day one goes in search of elusive bonefish over the shallow, warm water flats. The voice over is rather repetitive but the camera work is excellent, with the cameraman doing a great job of following a hooked bone, which eventually succumbed to Andy and Skip’s sight-fishing tactics with live crab.

The second day’s footage is probably my favourite section as it features fishing styles more akin to those that I’m used to in the UK with Andy heading 40 miles out into the Gulf in search of the Goliath grouper. After a couple of small grouper, Jeanie gets battered by a huge fish, which she soon has to hand off to husband Andy who is clearly itching for it. After a backbreaking struggle a massive Goliath estimated at over 300lb is brought the side of the boat for release. The action of the Fox travel rods is impressive in the shots with little evidence of the emphatic stepping issue common to so many stressed multi-section boat rods.

The crew head off to target the wily permit on day three, and after a great deal of searching Andy successfully lands a cracking fish of over 30lb in the path of an approaching storm. This was the presenter’s personal best permit, and his excitement at its capture is evident on film. 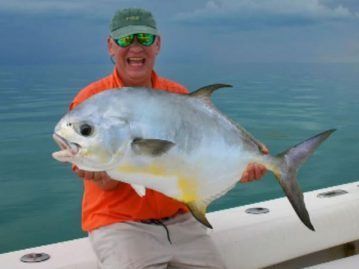 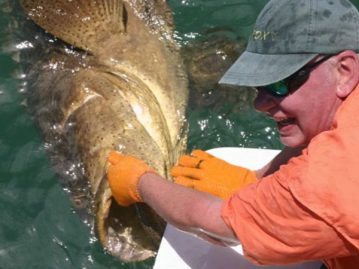 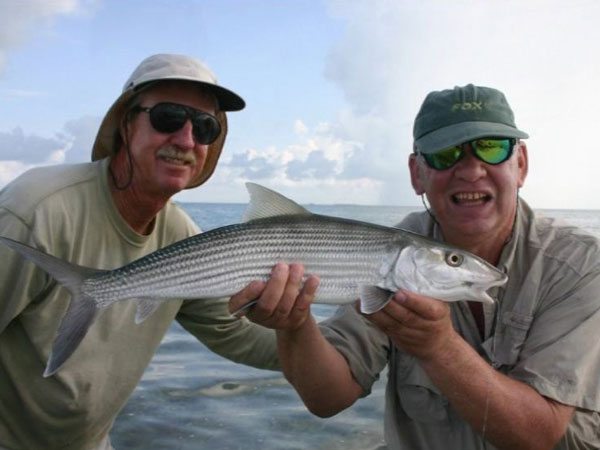 The fourth day sees Capt Skip taking Andy to an area he fished as a boy… and the skipper’s impressive skills with a cast net are showcased. A decent barracuda fell to Andy’s rod using the mullet baitfish before the cameraman captured some outstanding footage of sharks attacking chunks of ‘cuda hand-held by nutty Capt Neilson. This certainly illustrated the numbers of sharks in these waters.

The final two days are spent up chasing the magnificent tarpon, and the skipper’s local knowledge comes to the fore as several of these silver giants are hooked, boated and released from locations away from the myriad of other boats. I just hope the video coverage doesn’t freely advertise too many of his secret spots to others. Andy’s obvious rod skills are apparent when he subdued fish to 150lb, mostly from the boat at anchor. Again some top notch camera work shows leaping tarpon in glorious action. And at times the brave cameraman must have been precariously dangling over the side to can close-up shots of big fish alongside the boat.

Again the smooth fighting curves of the multi-section FOX rods were impressive as the giant herring were given their heads before being tamed. I had expected Fox branding to be thrust down my throat throughout the video, but other than a short promotional section during the fifth day’s footage, the advertorial content is minimal. Indeed there was probably more unwitting Daiwa and Penn reel product placement.

The Extras section included on the DVD is an enjoyable short montage including Andy utilising his coarse fishing skills to surface fish for the wrasse-like parrot fish from the shore in front of his accommodation, and casting a fly for tarpon. 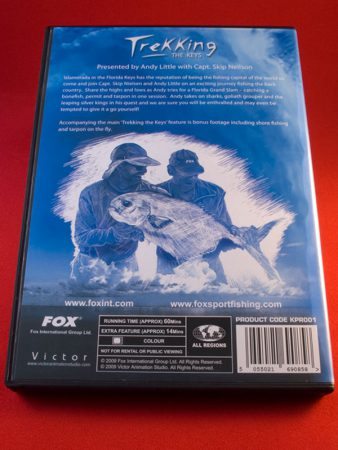 The box cover is a bit drab and does little to inspire the would-be purchaser or viewer. Additionally, ‘Trekking the Keys’ is a dull title for the DVD, which doesn’t clarify at a glance what the excellent footage is all about. Marketing people would advise a more inspired and impacting box cover and a punchier title that instantly screams 100mph action and big fish aplenty. The soundtrack is passable, if a little ‘Radio 2’.

The film isn’t ‘presented’ in as much as the camera isn’t actively addressed throughout… it is more of a fly-on-the-wall style action-mash which many will find appealing as this style often comes across as less contrived. The edit could have been tightened to remove the superfluous bar footage at the end of day five, and it would also have been good to have the skipper explain in detail more about the rigs and bait preparation used for each of the species.

Other than these minor niggles, the hour-long main feature video is certainly entertaining. The camera work for a single operative is top drawer, helped by the HD quality. Andy’s enthusiasm for the sport is obvious and at around £4.99 this snapshot of Florida action is also great value for money. Hopefully FOX will add more sea angling videos featuring a top sea angler engaged in more UK and European style sea fishing to their DVD range.

Trekking the Keys is available from Fox International direct.