David Proudfoot reviews the re-mastered ‘The Definitive Guide To Surfcasting with Dave Docwra’ instructional DVD and provides a little insight into its recent dusting down and 2011 re-release. 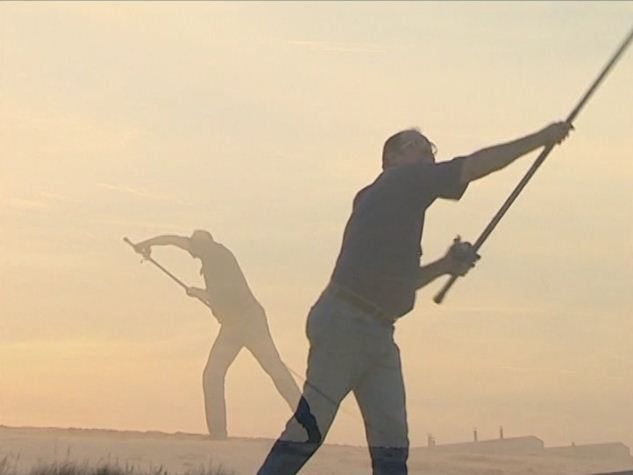 The odds are that anyone participating in sea angling during the 1990’s would instantly recognise Dave Docwra and his contributions to the sport. From his famous tackle shop in Great Yarmouth the Doc was instrumental in the development of many items of shore terminal tackle and an oracle to an army of sea anglers who sought his advice. The simple ‘Surfcasting Further’ video shot with Jon Bryant back in the Doc’s heyday is one such contribution that’s largely as relevant now as it was more than a decade thence.

An excellent grounding for those starting out, or anglers struggling to get more from their casting, the original footage has been re-worked and recently re-released as a DVD. Alas the Docwra tackle business is now closed, and health issues in recent times have kept Dave out of the spotlight, but by digital magic fishing’s favourite Doc is back.

The decision to release the video in DVD form followed an interested email enquiry, which then prompted filmmaker Jon Bryant to track Dave down. With a little help from the Yarmouth Gazette, Dave was eventually contacted and an old friendship renewed. Dave, it turned out, was still fishing, and after discussions the re-jigged DVD version was a goer. Much of the content remains timeless and will be of firm interest to new beach anglers and others seeking to improve their basic casting technique.

Ahead of its Time

The film opens with Dave explaining the various pros and cons of using fixed spool and multiplier reels for shore fishing. Originally put together in 1999, newer versions of both the demonstrated Daiwa 7HT and Abu 6500 reels still sit best in their class. For cold beginners, there is sound advice on selecting and using fixed spool reels. With the recent shift to 15ft and 16ft long continental rods and wider acceptance of fixed spools by top match anglers, it could in fact be argued that the pointers offered by forward-thinking Dave are actually more pertinent today. 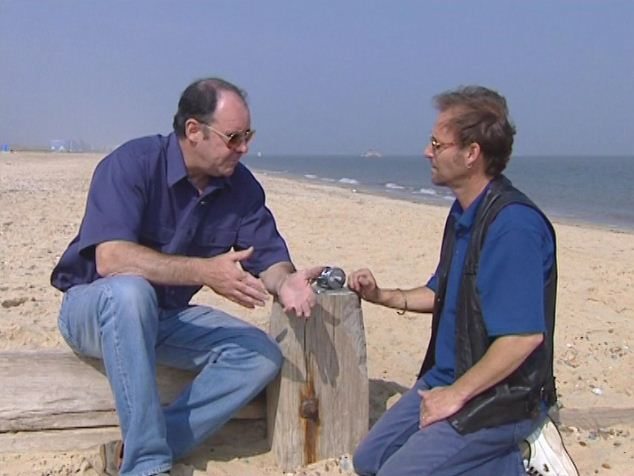 The difference between controlled ‘fishing’ reels, and unruly hyper-fast ‘show’ reels is clearly shown by Dave. This was something that certainly failed to click during my formative years. Consequently, I suffered a silly number of reel nightmares that could have been avoided if only someone had made me aware of the pitfalls.

Because most top-end shore multipliers now have standard CT cages, the segment detailing level-winds is perhaps a little dated. Nevertheless, the footage shot in the shop provides excellent, easy-to-follow information on basic multiplier set up for fishing. Dave demonstrates how to painlessly strip back a casting reel with the minimum of tools, and he explodes many of the confusing myths and half-truths that have attached to reel tuning. Dave also makes the point that thin, so-called high performance reel oils can be more hindrance than help, recommending instead standard 20/50 motor oil as the ideal inexpensive lubricant. In addition, there are some great tips on loading reels correctly, how to effectively balance multiplier spools, and the importance of doing so.

On the beach Dave goes through some shock-leader essentials, before explaining the safety aspect of using a reliable lead link and demonstrating how to knot it in place. The execution of Dave’s leader knot is very clear and paced so as to leave no room for confusion. 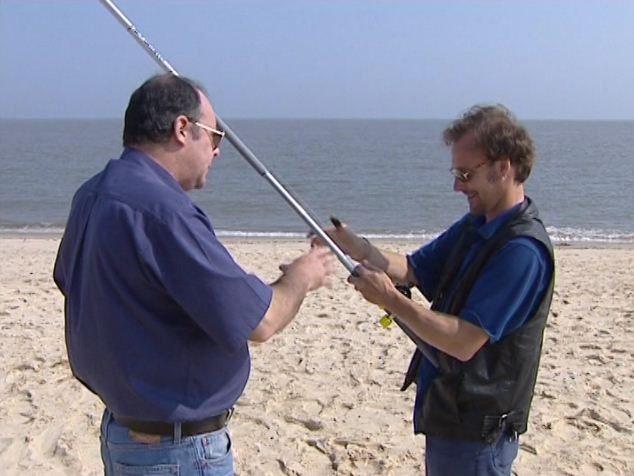 When it comes to actual casting technique, something that may initially muddle beginners is that the pupil (Jon) is left-handed. Fortunately the use of clear graphics and Dave’s excellent verbal explanations help viewers to get their heads around the early back-to-front casting sequences.

Taking Jon’s own raw casting style as starting point, Dave explains where he’s going wrong and how to correct what are common mistakes; endemic among thousands of casters around the country. The almost instant result is improved distance and a real feeling of satisfaction for the caster without having done a whole lot different. The firm message throughout is to slow everything down, and work through the cast at a deliberately measured pace – there are certainly no prizes for speed in Dave’s book. The edit makes effective use of slow motion segments to illustrate casting technique, with instructions delivered in simple, clear language before actual casting is performed.

There are couple of instances where the chapter graphic fames overlay the video footage and this is a little distracting. However the video footage is pin sharp throughout, and Dave comes across as an enthusiastic, friendly and knowledgeable tutor. 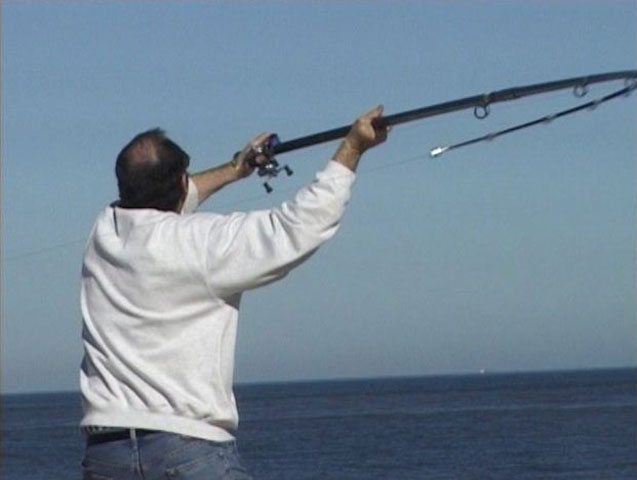 Easy on the Eye

Unlike other instructional DVDs, the focus here is on making the viewer a better caster by instilling some easy basic steps, and growing casting confidence. What this DVD definitely does not do is push the prowess of the expert in that horrible confidence-crushing way that makes the viewer want to vomit. If there’s an obvious information gap it would have to be talk of now dominant magnetically braked reels which were something of a rarity on the beach when the footage was shot. All in all though this is an excellent instructional video which will be of benefit to both beach novices and more experienced anglers looking to improve their fishing set-up and casting technique. At under a tenner it’s excellent value for money, and despite being filmed over ten years ago, this is a DVD that outshines other much more recent video tutorials.

An interesting footnote is that while researching the casting footage, Jon Bryant unearthed forgotten film of Dave Docwra explaining the art of rig making. Perhaps this other Docwra master-class will make it to DVD in the near future.

Clips from the DVD can be viewed by clicking below. For DVD purchase details contact Jon Bryant at jon.bryant@btclick.com