The flounders on the east coast of the USA are a different species to the common flounder found in European waters. Like the western Atlantic flatfish the US specie provide good sport for the inshore boat and shore angler. Dana Benner takes us on a boat trip to target the Winter flounder or “Blackback”, which go by the Latin name Pseudopleuronectes americanus. 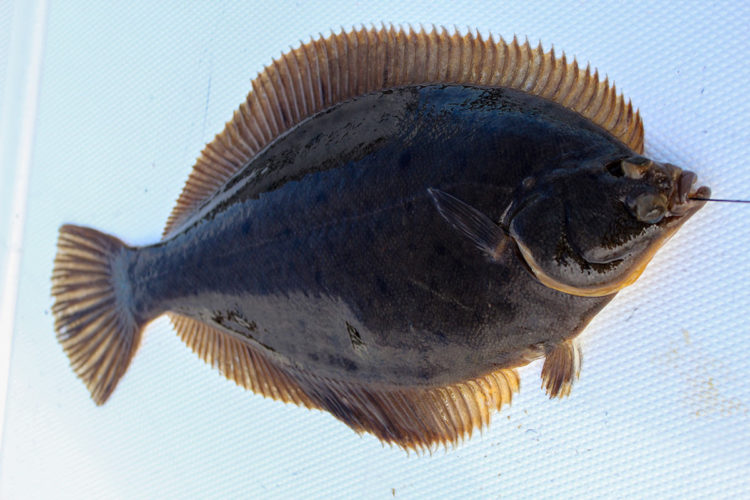 When people think about ocean fishing here in New England most think about targeting striped bass, cod and haddock. Though this may be the case, the locals know about the really good flatfish fishing that we have here. We have Winter flounder, Summer flounder, Atlantic halibut and plaice; each one being found in different areas and different seasons. 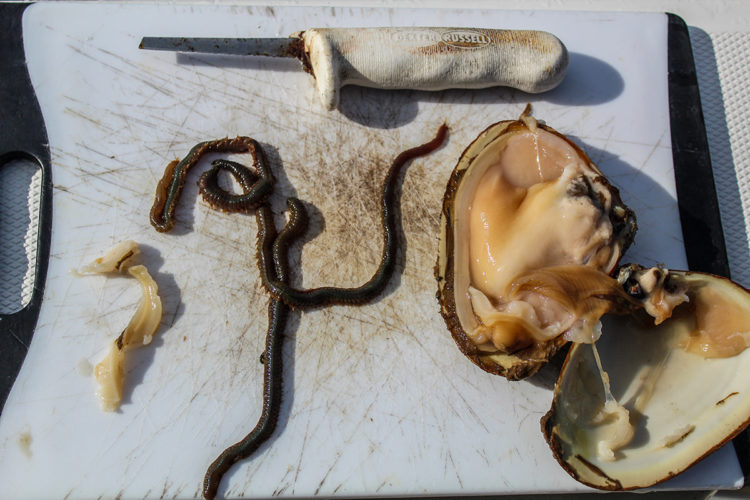 This quest took me to the fishing town of Marblehead, Massachusetts where I met up with Capt. Randy Sigler, owner of Sigler Guide Services. Randy pulled the 24 foot Everglades 243CC up to the dock right on time. After loading up we wasted no time heading out to our first location. Within 15 minutes we were there. To be honest, we didn’t have far to travel because we never left Marblehead Harbor. In a location where water depth was anywhere between 15 and 25 feet, depending on the tide, and where the bottom was made up of mud, we, or rather Randy, prepared our rigs. I can bait a hook with the best of them, but I was here to learn, so I stepped back and let Randy show me how he does it for Winter flounder. 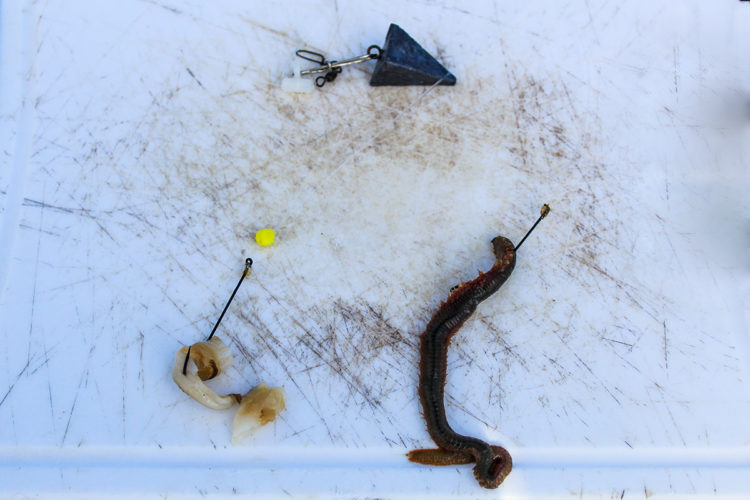 The zobo flounder rig baited and ready to fish

Our gear for the flounder fishing consisted of spinning tackle. The rods measured between 5½ and 6 feet long and were light action rods. The reels were spooled with 30 pound test braided line. Thinking that this might be a little overkill, I asked Randy “why 30 pound test braid?” He told me that all of his hire rods are spooled with this, but if you want to use monofilament you can easy run with 10 or 12 pound test line. Randy next attached what is called a Zobo flounder rig to the mainline using a saltwater clip. This rig runs two hooks, one up and one below the weight, with a clip to hold a weight between the two hooks. Using a 2 ounce lead weight we could bounce this rig along the bottom. The bait we used consisted of both sea worms and clams.

Our goal was to drift through the area trying to keep our baits on the bottom. The only time we lifted them was when we felt the weight getting stuck in the mud. It didn’t take long before we got into some action.

Just as I lifted the rig out of the mud I felt something on the other end. I pulled up and it pulled back. I had one on. As I got it closer to the boat I could see that it was a pretty good sized fish, as far as Winter flounders go. Then in a flash it was gone. It never really took the bait and I didn’t set the hook properly. Live and learn. 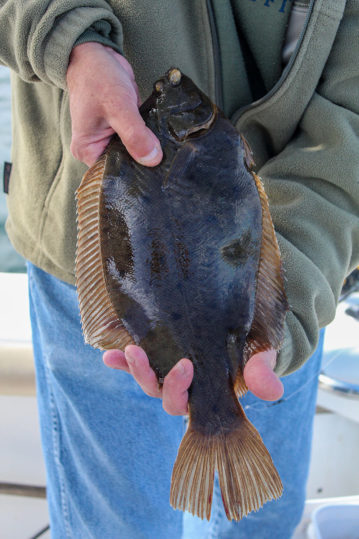 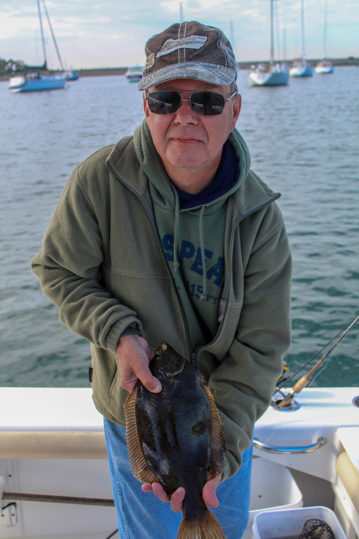 Dana with a Winter flounder

I checked the bait and then dropped my rig back in the water. Again I felt a fish on, but this time I waited another second and then set the hook. This time we got the fish in; a nice keeper flounder. In Massachusetts current regulations permit the angler to retain two Winter flounder and they must measure at least 12 inches. The fishery is closed during the spawning season in January and February with similar restrictions applied in other States.

For the next hour or so we continued to catch flounder, three of which I kept as allowed at the time of the trip. When it was all said and done, my tally was: two dropped at the boat, three caught and kept and two released. I wouldn’t say that this was too bad for an hour and a half of fishing. 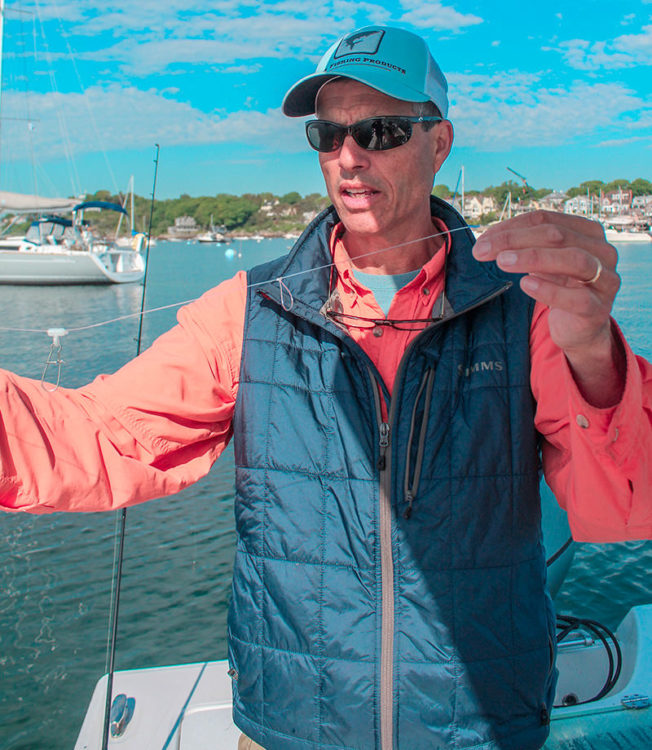 We spent the next two hours casting for “schoolie” stripers, but that is a story for another time. The North Shore of Massachusetts is a great fishery and Randy Sigler is a great guide. He has 30 years of fishing experience on these waters and he will put you on fish. The rest is up to you.