The fishing is very up and down at the moment. The Gynn Wall is still producing plenty of sole, flounder, dabs and the occasional gurnard and smoothhound. At night the whiting and dogfish are being picked up along with the odd thornback ray.

The North Pier is fishing well with a few mackerel about together with other species including hounds, dogfish, rays, plaice, flounders, dabs, gurnard, small tope and sole.

The best bait at the moment seems to be rag and black lugworm for the sole and other flatfish species. For the various shark species and other predators mackerel wrapped squid is doing the damage.

Pier member and RNLI volunteer Kyle King had a personal best smoothhound of around 8lb. The fish caught on a full calamari squid on a Bispham Angling 1/0 rig. 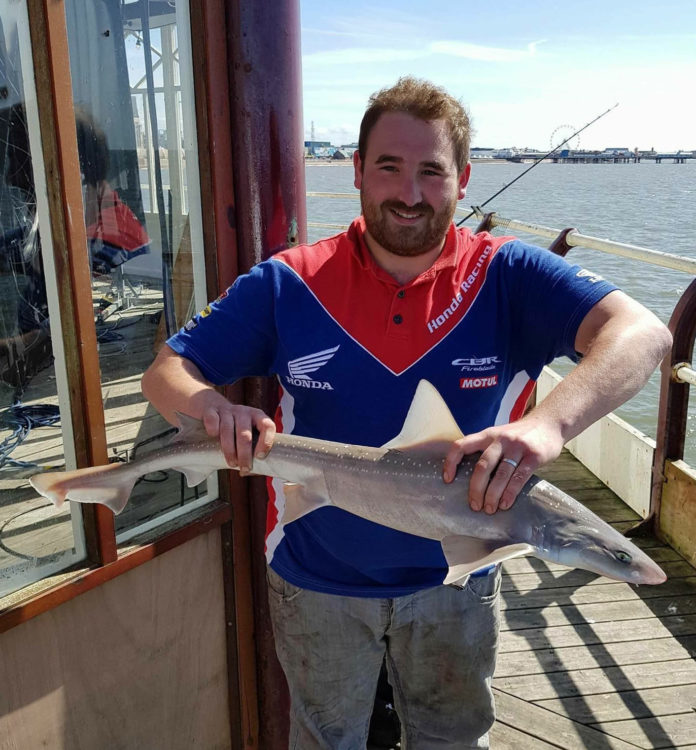 Last Saturday Jamie Waight had a quick, spur of the moment fishing session to use up some old bait. He used squid, worm and mackerel to land a few little rays, the biggest around 5lb along with tope pups, dogfish and a couple of decent whiting. A couple of his whiting came in chomped in half and he lost a decent tope towards the end of his outing.

Rick Pennington fished the Gynn Wall with John Rhodes and Andy Seymour but they found it hard work. Rick and John had a sole apiece. John also had two small hounds and a weever and Rick finished with five species, sole, plaice, dab, flounder and a weever. Poor Andy had a nightmare but avoided the blank with a weever .

Damien Daniels enjoyed a North Pier night outing with his son. They had doggie after doggie, tope pups, whiting, dabs, a gurnard and three rays. The biggest thornback of 8lb fell to his son with Damien having one of 5lb 14oz.