A couple of years ago I was out for an exploratory St Kilda trip with Angus Campbell onboard the predecessor to the beast that is Orca III and talk turned to what might be lurking in the deeps on the edges of the Continental Shelf. 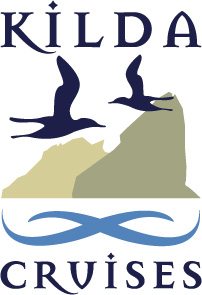 Among the target subjects mentioned were tuna, which I recalled being landed at the port of Scrabster from a Faroese vessel in the late 1990’s. The massive tuna were boated during sorties out off the Scottish west coast, falling to herring dead baits fished around dawn. An invitation from the crew to accompany them on a trip the following season was sadly thwarted when one of the joint owners was killed in an accident at sea and the vessel never returned south.

The news of the tuna run did perk up Angus’s interest and fast-forwarding to last year, he started putting in the work required to capture these majestic fish. Anyone who knows Angus will realise that he does not do things by half and not content with internet research and book reading he enlisted the assistance of US tuna expert Johnny White who runs Fisherman’s Outfitter in Massachusetts. Johnny advised on the tackle required and how to layout the boat for trolling for the tuna before taking part in a face to face visit to polish up the finer points of the fishing. 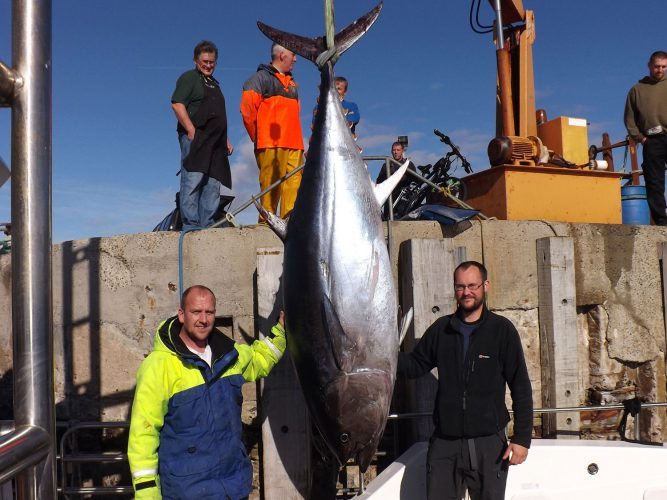 The culmination of all the preparation work was a trip this month to put the theory into practice. Now while it would be nice to report that a fish was landed but the takes proved elusive, however the crew of the Orca III did show beyond doubt that the Atlantic bluefin tuna are a realistic game fishing target for knowledgeable, well equipped Scottish based boats. The improvement in the stocks of herring can only help bring these active predators back to our shores.

The stop motion video clip below shows one of the tuna leaping while in feeding mode and the gallery photos of the sounder clearly show the fish a la TV’s Tuna Wars.

I am sure it will not be long before Kilda Cruises reports the first landing of one of these magnificent fish. You can also follow the day to day operations of Kilda Cruises on Facebook.

Angus and the Orca team have just landed a magnificent 515lb from the Scottish west coast waters. In addition to the fish pictured above, which was deep hooked, the guys had a second monster which was released at the side of the boat.

Great result for all the hard preparation work that the team have expended in their quest for the monster.