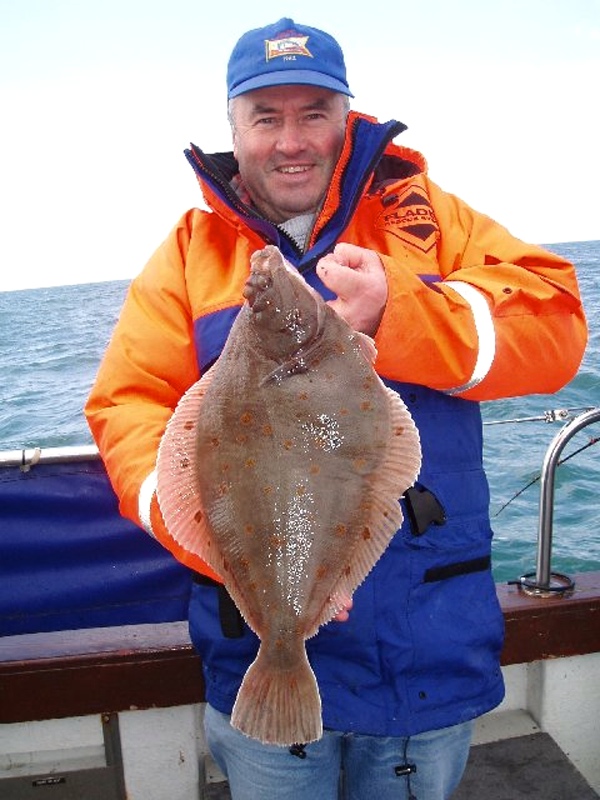 The annual Weymouth ‘Plaice Only’ competition is a fun charter boat event involving two boats and skippers with deserved reputations for producing the goods. Crews on Flamer skippered by Colin Penny, and Ivan Wellington’s Top Cat, would go head-to-head. The winners would be the boat catching the most plaice. I was on Top Cat. Conditions were good as we left the quay just after 8am: calm and bright with little breeze. It took 30 minutes to reach the banks east of Portland, allowing us plenty time to assemble our kit and rigs. The importance of using the correct sort of gear cannot be emphasised strongly enough. I don’t enjoy over-gunning fish if I can help it, and I love fishing with light, responsive tackle that will trumpet bites and transmit every millimetre of resistance from attached fish. I packed two rods that fit the bill: a Hiro Sea Princess 3 rod with the super-soft tip, and a Fladen Super Sensor. Both are paired with Grauvell Tuareg Boat 5000 fixed spool reels spooled with 10 lb Maximus mono.

My plaice end-gear for Weymouth is simple, but I am inclined to use three hook rigs… it’s the competition angler in me! The trace is 6 – 8 feet of 15 lb fluorocarbon. Intermediate hooks sit on short droppers 18 inches from the boom, and 12 inches from the point hook. I use size 2 Kamasan B940 hooks, and like four large coloured beads behind each. I don’t use spoons or spinning blades very often, as I believe they are inclined tangle or trap in the ground. Each hook is baited with ragworm and tipped with a single long strip of squid strip. The squid acts as a flag of further attraction, and also keeps the hook point exposed.

Fishing was on the drift in depths varying from 30 – 60 feet of water. To start, the pace of the drift was steady and we soon picked off a handful of superbly conditioned plaice, all around 1 lb 8 oz. As the tide and drift speed increased, Ivan attached a clonking great weight to anchor rope to check our progress across the ground. This produces a feel very similar feeling to a boat slipping on the anchor. It works very well however, and we picked up a couple more fish. 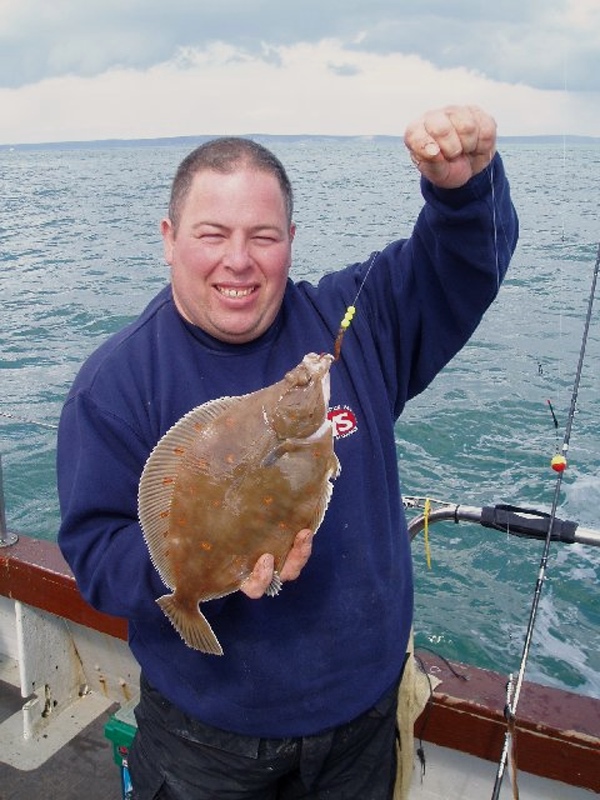 Messages over the radio revealed that Flamer had moved to nearby mussel beds, and hit a better stamp of plaice straight away. We followed their lead. Mussel bed fishing requires a shorter rig or around 4 feet.

Mussels don’t grab the short rig as much as a longer trace. Bites and better fish – some nudging 3 lb – came within a few minutes. We continued catching until the tide strengthened to the point where it became unmanageable, and the crew regularly lost fish and tackle. The final 90 minutes were spent back on the banks. We finished the day on 26 Plaice to 3 lb 1 oz, against Flamer’s 14 fish total. Colin Penny’s lads did have the consolation of the best plaice of 3 lb 7 oz, but bragging rights belonged to Top Cat with an impressive four wins and a draw in the five years of the competition to date. After a super day in the company of a great bunch of lads, a small presentation was held in the Weymouth Angling Society Club House. Trophies were awarded to the angler with the most plaice (five), and the biggest fish. Next years event promises to be just as keenly contested, and the dates are already written in the diary.