Former Caithness Sea Angling Association secretary Gayle Terrace takes a wander down memory lane as she recalls the day that the gauntlet was thrown down in the battle of the sexes.

Snide comments from a fat angler… that’s what started it all. “Women sea angling? That’s a joke!” he said, as he looked at some gear in the Thurso tackle shop where I work. And when asked why, he answered “Women wouldn’t be able to hold a rod as they would be so busy being sick.” He dangled that final insult like a juicy cod bait and as my temper flared, I rose to it in much the same way as a mackerel attacks a feather. Before I knew what I’d done, I had challenged him to a competition and to make matters worse he accepted, on condition I had a ladies team. 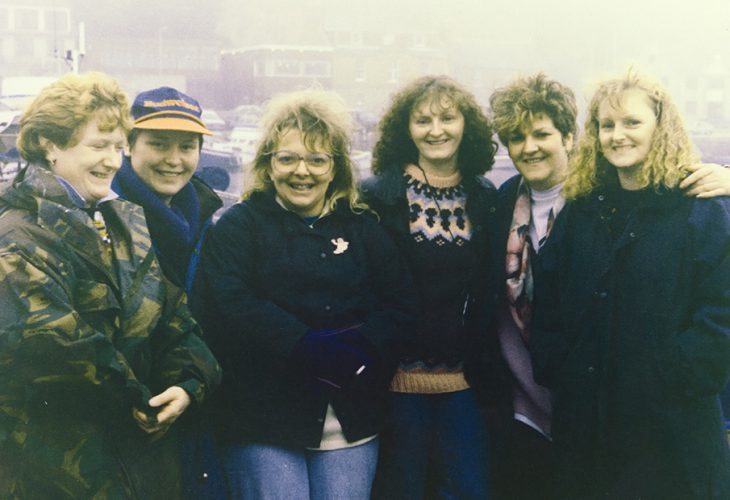 Over the next few days I spoke to all the women I knew and managed to convince five of them it would be fine. But once my team was assembled, another problem reared its ugly head – none of us had ever been out in a boat before! I realised we would have to learn the basics if we were going to stand a chance against the men. So I called a local skipper, John Sinclair, and booked Sunrise for our trip. My boss helped provide rods and reels and I organised terminal tackle, thanking God for quick-fit swivels.

Our big match soon came and John warned us it might be a bit choppy and as we posed for our team photograph, I realised there was no going back.

How we survived the journey to the fishing grounds I will never know. There was plenty hysterical laughter to hide any fear and I kept my eye on a fish box – just in case I needed a life raft! At one point our boat tipped to one side like a small yacht. One moment we were looking at the sea, the next we were staring into a cold, grey sea. At that moment Dawn, one of the keen ones of our bunch, crouched down on the deck saying she was ready to swim. We soon reached our destination and in minutes we were organised and John roared : “lines down ladies!”

Within seconds we hit mackerel and began boating strings of these silver-blue beauties before discovering another slight hitch – unhooking. However, the problem was soon solved. I had invited my dad to coach us and he turned out to be a very reliable disgorger and I now think every team should have one. Then disaster struck! I had been feeling queasy since we left port and managed to shout: “Ground bait” before throwing up over the side. John took pity on me and a few kind words of wisdom left me feeling it was only a minor setback.

I was still feeling sorry for myself when John pointed out a commotion at the stern. Someone had dropped a mackerel which was frantically flapping on the deck and a couple of the team jumped up on the gunnels as if they were being attacked by a rat! “It won’t bite,” John laughed and our fish was soon recaptured and safely dropped in the bait bucket. Then someone shouted “make sure that fish is dead” prompting Angie, the comic of our team, to inflict grievous bodily harm on the poor fish before finding out that one swift blow to the head was sufficient. Yes, we all had a lot to learn!

However, the suffering mackerel was just too much for another team member, Theresa, who swiftly joined me ground-baiting. That left Jayne, Jackie, Dawn and Angie to save the day. Jayne’s arms were tired when she hooked a nice little cod and her screams of “Help, Help!” echoed around the boat forcing our coach and skipper to run to her aid and unhook her wriggling catch. There was no way she was touching “That thing”, she explained. Meanwhile Jackie and Angie decided to have a side bet who would catch more fish mackerel were swinging everywhere and their rod appeared to have a mind of their own, then slap… Dawn was whacked in the face by a fish and all bets were cancelled.

A couple of mackerel and a pollack later something hit my bait with power! Dawn’s halibut perhaps, or maybe a shark… Whatever it was, it felt big to me. “I’m into something big!”, I screamed and John came rushing to my side. He looked over the side and shouted: “Cod!” we needed a net for this beauty and my arms felt like lumps of lead when my prize was hauled aboard. It may only have been a 7lb cod but it felt like the largest fish in the world as I proudly posed for a photograph. 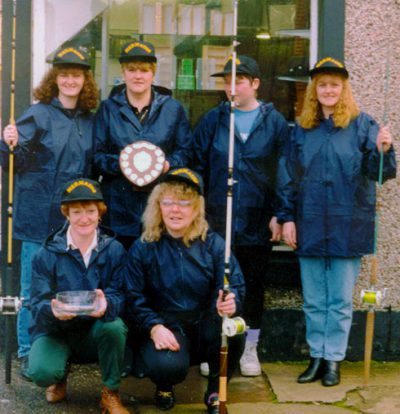 Darkness fell and John shouted “lines up” for the last time and just as I had found my sea legs! Hot coffee brought the warmth back to our cheeks and cries of laughter washed round the boat as Dawn told a tall tale about the giant halibut which stole her trace!

As we steamed home I looked at our catch of cod, ling, mackerel, coalfish and pollack and knew we had proved our point – women can fish!

Scrabster was buzzing with sea anglers on our return and it was a terrific feeling to see the look on their faces as we climbed ashore with bags of fish. Our success meant we were hooked by the sea angling bug and within a week we headed out to sea again. This time was to be my night. We wanted to go for quality fish and our skipper knew just the spot.

Gayle Terrace – founder member of the Mermaids, the bonny looking members of CSAA