With the forecast predicting a bit of sunshine and some of last season’s mackerel to use up I headed down to the rock ledges below Scrabster lighthouse this afternoon. 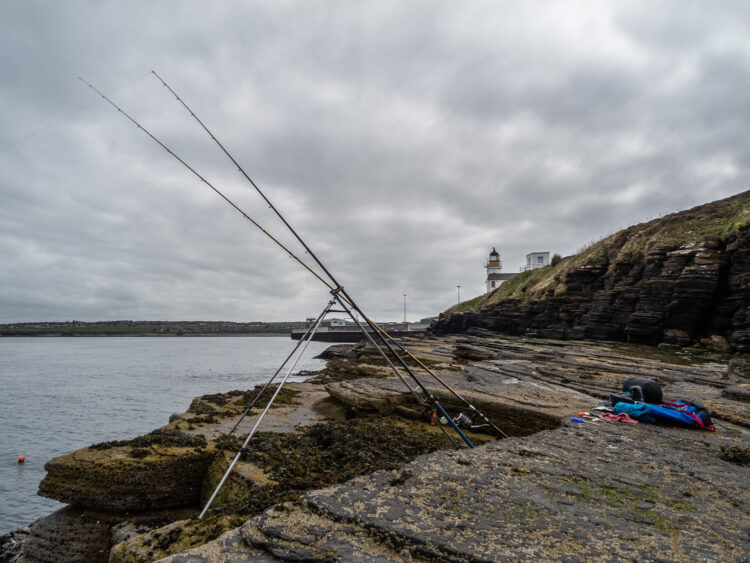 The rocks were quiet with only one other angler who set up approximately 100 metres not long after I arrived. I tackled up one rod with a three hook paternoster with size 1 Aberdeen hooks. This rig was baited with mackerel and launched out to sea.

Before I could get the second rod set up the tip gave the first rattle of the day. A 6/0 pulley pennel was attached to second, heavier rod and baited with half a mini bluey. 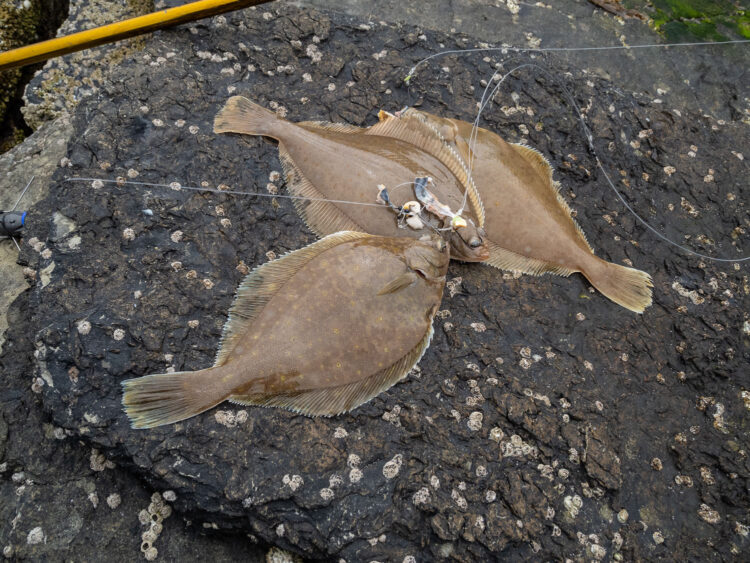 After casting the larger bait the first rod was retrieved with a full house of dabs. A succession of double and triple shots of the prolific flatfish continued throughout the session. It’s amazing just how savage the bites are from the dabs, no matter their size.

I had only packed three mackerel fillets, along with the blueys, and with the constant attention of the dabs the bait ran out after two and a half hours. I finished with 29 dabs, nothing big but all around 25 – 30cm. No other fish stood a chance of getting to the baits before the dabs. 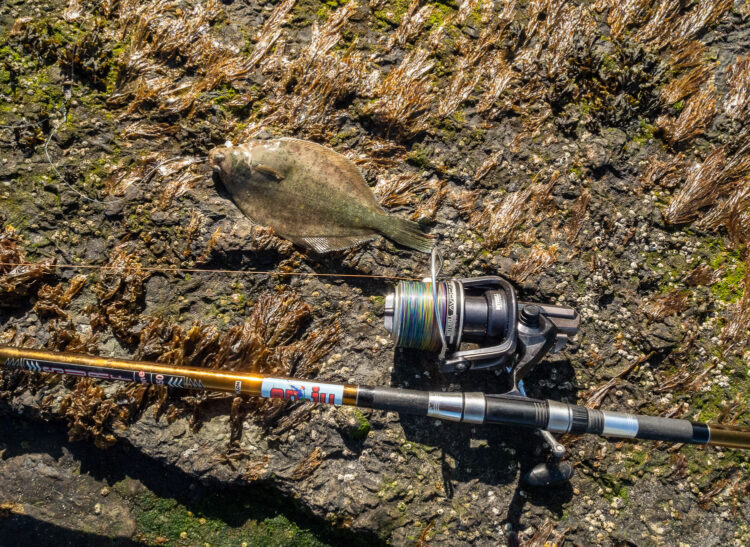 The bigger baits were unproductive, mainly due to the hooks being stripped bare by the dabs.