Scotland team member and shore fanatic Iain Graham takes a first look at Asso Hard Skin monofilament line which, although it is a comparative newcomer to the UK market, has a well established Italian pedigree.

When a spool of Asso Hard Skin arrived through my door I must confess to being a little excited for I had already heard some positive feedback regarding this product. Marketed as a superior abrasion resistance line which boldly claims to have 12 times the abrasion resistance of normal lines I had just the demanding venue in mind to put this claim to the test. 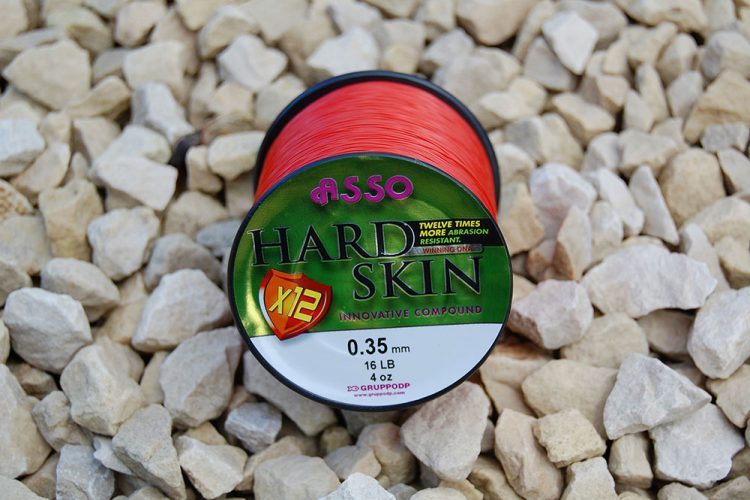 The test spool was Solid Red 0.35mm which is 16lb breaking strain, slightly stronger than the norm for this given diameter. Upon peeling some line off the spool for an initial inspection I noted it had a pleasing slick almost Teflon like feel to it. It was, as expected with the more resilient variety of lines, a little springy as it fell off the spool and I did have some concerns over how this would affect the line as it came of the reel when casting; would it cause any loose coils or overruns?

Time to spool up one of my trusted Penn Fathom 15’s and while filling the reel I took the liberty of performing a series of diameter measurements with the micrometer every 30 yards or so, it measured up very consistently albeit just tad under 0.36mm every time which is reassuring.

My venue to put Hard Skin through the grind was Crarae on the banks of Loch Fyne, typical of Scottish Sea Lochs it has a weed and rock strewn ledge around the 70 to 80 yard mark with the deeper water on the other side holding the fish, everything needs to be skull dragged over this which can literally shred softer lines to pieces. 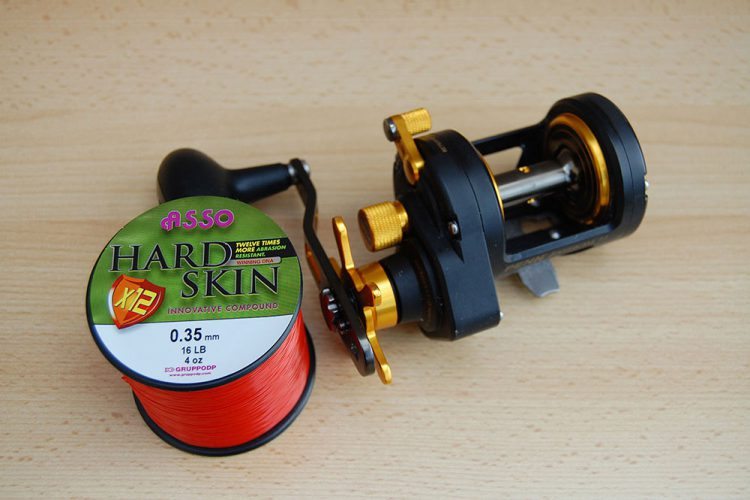 After attaching a suitable leader I walked to the waters edge for a tentative cast, my previous concerns of any loose coils were completely unfounded and the line peeled of perfectly. Next cast, and with new confidence I went for the horizon and again the line peeled off sweetly with no signs of any lift; I was impressed.

Over the next five hours I used the same reel and line combo pulling in a succession of small whiting and dogfish over the tackle grabbing ledge, frequently needing to exert great pressure to haul my rig up and over the ledge. On final inspection I’m pleased to report I suffered no signs of scoring or nicks and again, I was suitably impressed as at times these venues can result in lines being beyond use after just a single session. 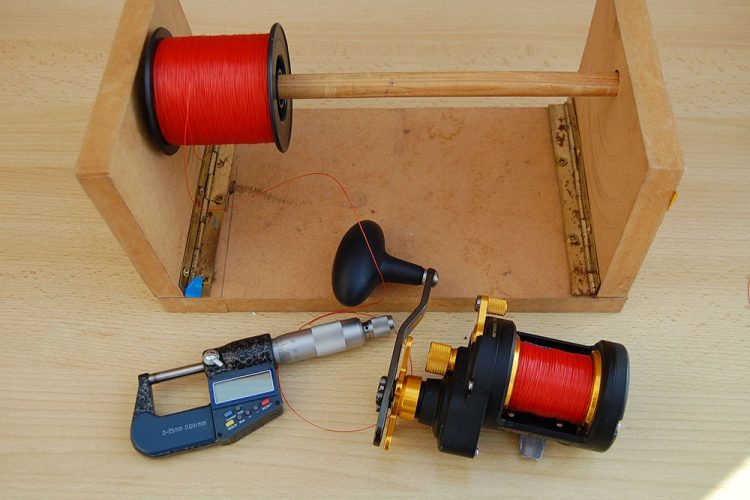 In summary if you have a need for a hard-wearing line which will stand up to the rigours of continuous abuse whilst still retaining the casting qualities of the softer ilk of lines then Asso Hard Skin is certainly worthy of consideration.

As well as the tested red colour this line is available in solid black and solid white on 4oz and 0.5KG spools. It is widely available from tackle dealers on the high street and online.