For the past few years the Pizza Jacques gang from France have visited the top charter port of Weymouth to take part in various fishing competitons. This year saw them fish the Weymouth International Boat Angling Challenge organised by Weymouth Angling Centre and what follows is former World Champion Francis Couzinet’s story of the week long event.

We arrived in Weymouth on the Saturday evening and Thomas Le Beux, David Corday and myself, were soon settled into our caravan with a live preview of the weather, it is blowing hard and raining! Tonight we will know more about the program for the week which is likely to be upset because of the rather horrible forecast. 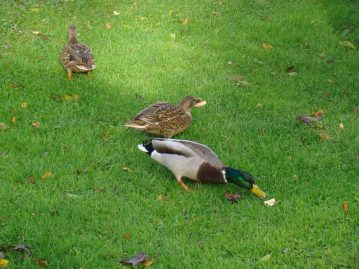 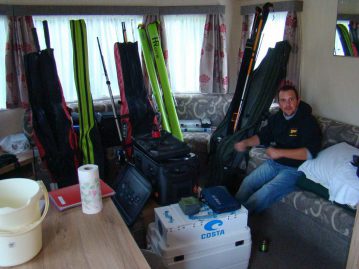 This morning David almost had a heart attack, the site is regularly over flown by hundreds of geese and ducks visiting the Fleet estuary, and we woke to find feathered friends landing outside our accommodation. Today has been spent preparing, as usual, the rigs and traces for five days of different fishing. 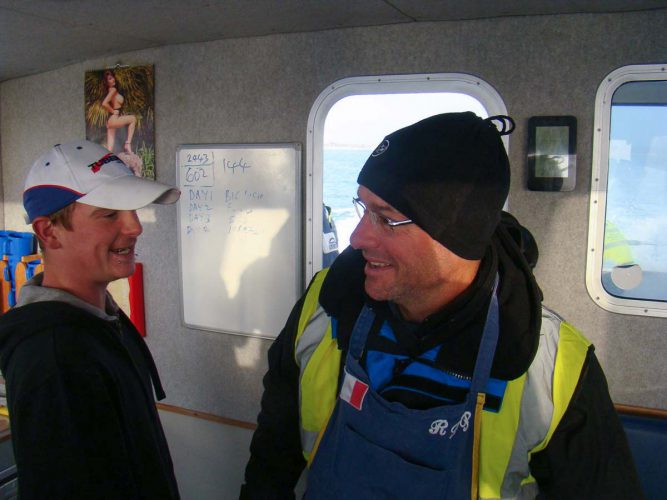 The plan was for one day on wrecks and reefs for big fish, one targeting big flatfish and rays, one using lures only and two days hunting species with one of these days requiring only one of each fish. We have an appointment in an hour for the briefing and registration of the teams. We are still worried because it is really blowing outside.

Results of the day, Francis – blank, Thomas – blank and for David a ray. Like everywhere in bad weather, a backup area is a place for the boats to retreat to and with the wind from the west we were limited to fishing in shelter off the east side of Portland Bill. With the wind and the waves, and despite the best efforts of the skippers, around one third of the anglers blanked so no regrets from the French contingent. Considering the weather some good fish were landed including a conger of 51lb, a blonde ray of 21lb and a 10lb bass and the majority of the counting catches were tope. 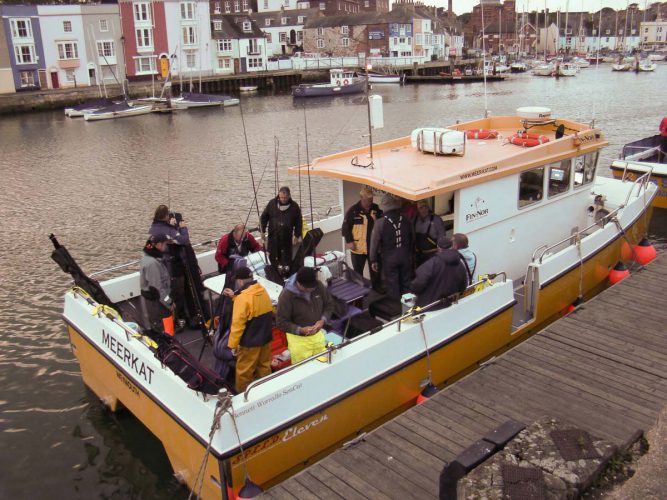 These small sharks rushed about the seabed when hooked causing tangles onboard. Much of the time was spent changing precious bait as nuisance dogfish, pouting and whiting attacked the 8/0 hooks but did not count on the day. But tomorrow it’s worse, with 7 Beaufort announced over the radio throughout the day, with gusts to 8, so we will need to hunker down and endure the day. The day will be fished to the 5+5 species system with the first five fish getting full points for that species and the next five a single point. Fishing will again be limited to the sheltered side and mostly small fish. A good night’s sleep and start again wrapped in our winter gear for a new windy day.

As someone said, “you get what you deserve” and it looks true today in terms of weather. As forecast the strong, gusting wind was blowing the curtains and snatching caps from the heads. The fleet of seven boats is out of port and are wedged between the side of the Portland harbour walls and landward cliffs. We fished in 5 to 15m depth and paradoxically found a lot of fish including rays, wrasse, dogfish, whiting, smelt, pouting, pollack, gurnard, blennies, gobies and smoothhound, in short everything. I win my boat, finally; David and Thomas fished well and continued learning. 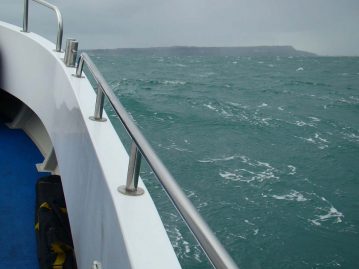 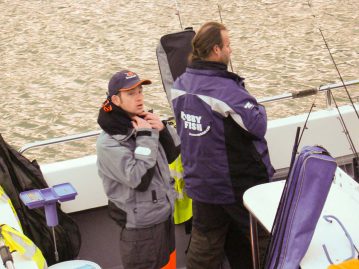 It was a super hard day for all; moreover as I write these lines, two minions are lying tired, windblown and battered. Ray day tomorrow, with hopefully turbot, brill and plaice. I did not do well at this the last time but have since learned, hopefully. Small problem with my photos today and they did not transfer so I have a problem to solve.

What a day, it was supposed to be the day for flatfish and rays but only the rays showed for most boats. We headed for the sandbanks where for some the normal conditions were 20 metres deep with tides running at a maximum of 1 to 1.5 knots. For others it was a war zone with as 3 knot currents ran through as the anglers dropped their baits in 35 metres of water. Thomas’ tackle setup proved to light and the conditions were not suitable for his fixed spool reel. However another fisherman loaned him a heavier rod and multiplier reel which allowed him to fish. With his unfamiliar reel and 1.5 to 2 kilo weights the six hours fishing left poor Thomas with no strength in his arms, don’t laugh until you try. Thomas did catch his first ray and with the best on his boat having two fish finished on 50%. 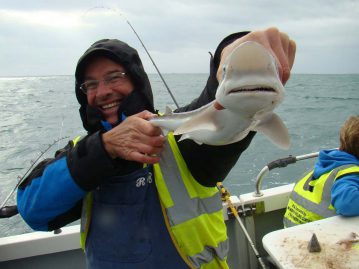 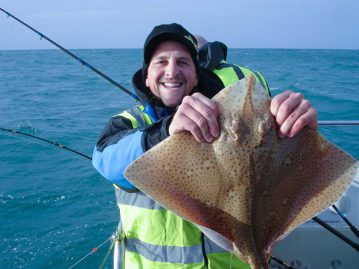 While David’s tackle coped at the start until the tide started to push and he needed 1kg weight, then 1.8kg, then 2kg then no bigger weights in the box. The skipper very kindly offers him a 4kg lead next! David replied, “It’s not possible!” before sticking his rod away and waiting an hour for the current to die back. The photos show the rest of the fishermen struggling with 3kg leads, which is ridiculous because the big rays taken in this current all end up breaking the line, there’s a limit to everything. David landed one ray with four falling to the winner of his boat. 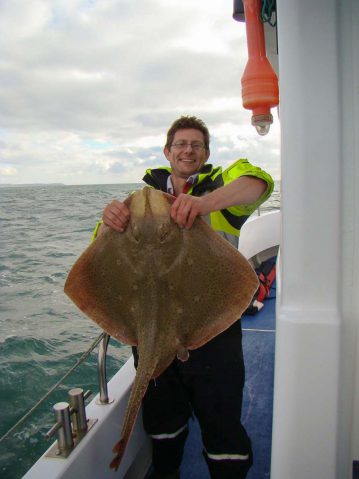 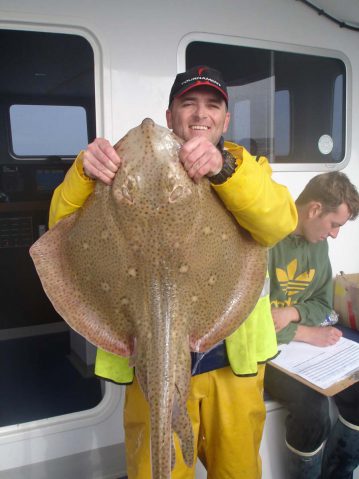 As for me, a repeat of the first day, and finished empty-handed. Four anglers had one ray each to get 100% as joint boat winners, the six others are still waiting for a bite! Tomorrow is the day where we target one of each species and the one who wins is the one who has the most different species. I’m fishing with David, so will be Goliath. Tonight is the party at the Sailor’s Return pub on the harbour quay and this evening is “Swedish sausage night”, I leave you to ponder on this topic.

Species day, in the rain and wind, especially in the rain and when it’s not the rain every move between marks the boats ship water due to the cross wind and sea state. The waves and boat movement scatter all our belongings over the deck. The next time we will take tiling kneepads because you spend a lot of time on your knees crawling about the deck. 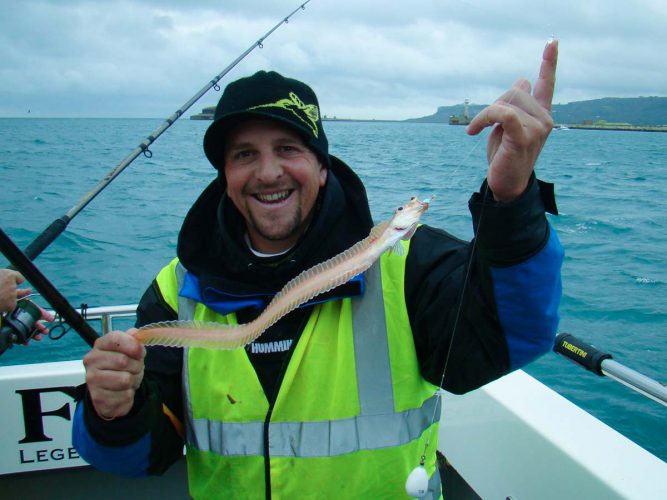 For fishing, the skipper tells us which species to expect wherever he decides to stop, drifting or at anchor and we fish for what always seems to be too short a time, of course. So we anchored, I was with David Corday today, for one hour looking for dogfish, whiting, conger, tope and skate, then drifted over wreckage for pouting, bream, mackerel and scad. The frozen bait was whipped with elastic to help hold it on the hook. A move onto hard ground followed for pollack, ballan wrasse and other rock fish before we returned to anchor to hunt gurnard, dogfish, and bream. After another drift or three over wreckage for scad we finally finished near Portland harbour breakwater for pollack, mackerel, garfish, wrasse, blennies, gobies and red band fish. At the end of the day I was crowned “Roi des Chateux” with 13 species and David had 11. All of the rigs that I had made up over the winter and went up in smoke during the day, oh joy! 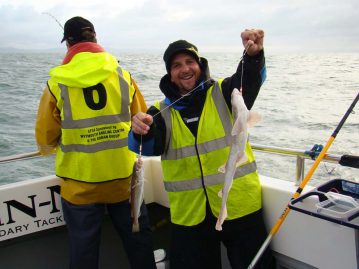 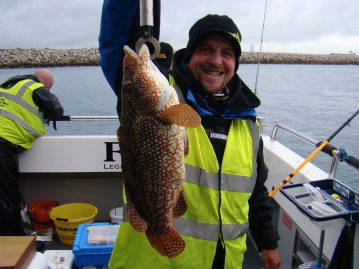 Tomorrow is day lure and with the lures all provided by the organisers it means that our lovingly prepared lure traces will remain in the tackle boxes. The forecast looks good for the final day with the winds due to drop to no more than force 5 Beaufort.

It’s over, all boats are in port and the weather gave us a beautiful farewell as it warmed up enough to make most sweat under our jackets. The lures provided proved effective as on my boat, they hooked bass, pollack, wrasse, garfish, mackerel, scad, pouting and poor cod. For my part, I finished 5th with 10 pollack, 10 sandeel, 5 pouting and 5 poor cod, the maximum allowed, together with a ballan wrasse, a cuckoo wrasse and three mackerel or 7 species. Top on the boat was nine species’ adding a bass and three garfish but no ballan wrasse, a great score. I enjoyed fishing all day with the Super 50-110g and have to thank Didier Courtois in passing. 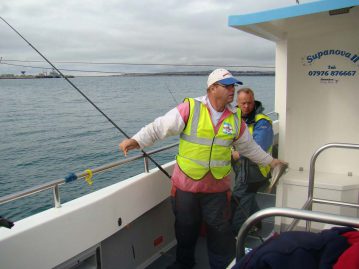 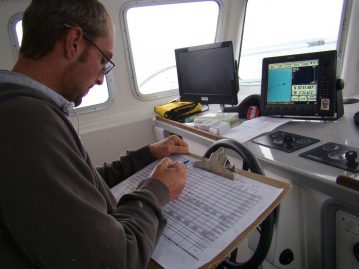 Thomas scratched four species and David had six. It’s been a super day in the end and learned a few tricks. Now we are like bent saplings, leaving at 4:30 hrs tomorrow morning but ready to go next year from 7th to 12th September. Beer and conversation await us tonight at the presentation; let’s enjoy our happiness.

We are home in France, a beautiful evening of awards yesterday with the celebration of Matt Osborne as the overall winner, followed closely by Colin Searles. Noted an excellent performance by the visiting Danes who won almost every team event, not to mention the wins on their boats and daily rankings which enabled them to pick up some the Fladen Tackle rods and reels on an excellent prize table . 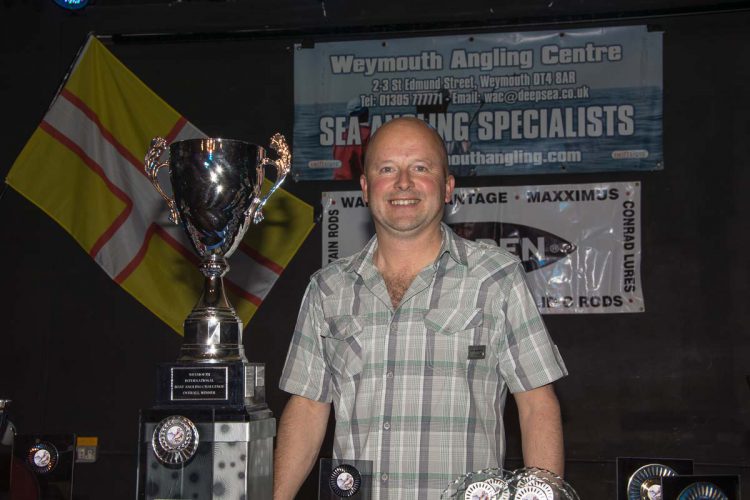 Next year we will be back, and hopefully it will be our year. The atmosphere has no equal in France with great organisation from Andy and Charlotte Selby team together with skippers and crew. An event fished by top fishermen, with five great days of different fishing at a wonderful venue. I had never fished by 8 Beaufort but this has been achieved. The four metre rods we used have dislocated our shoulders but we still found time to test lures from the rocks during a three hour stopover in Guernsey. During the break in the journey I noticed Yannick Deslandes’ new boat and was forced to book a trip. 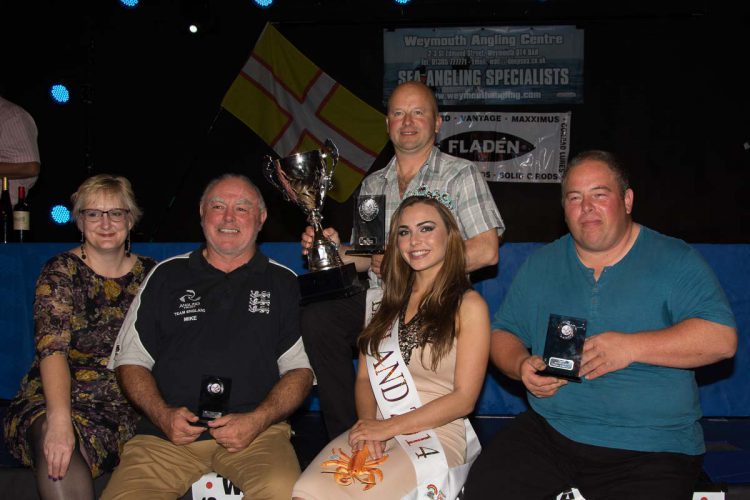 The full results from the event can be downloaded from here.

Any mistakes in the translation of Francis’s words can be blamed on Planet Sea Fishing’s schoolboy French and Google translate.