Summer like weather has not stopped the cod from moving inshore, and the rough seas of last week produced at least one bag of cod over the 40lb mark which included a double figure specimen. Some of the better bags are now coming from the clean ground marks and fish are starting to head down the coast towards the Durham beaches and Teesbay where cod were reported from the local piers, Parton and Crimdon beaches. At other times however the familiar pattern of whiting and dabs has dominated catches in the South of the region. As long as there has been at least a slight bit of movement on the sea the low water marks have produced cod if you can avoid the whiting.

The Bedlington Station Open last weekend produced some nice bags of cod with double figure bags taking the top eight places on a day which saw 66 out of 220 weigh in 138 fish for 340lb. First prize for the heaviest bag went to Mal McIntyre with five for at a total of 16lb 5oz just ahead of Trevor Ferry whose five weighed 16lb 2oz. Colin Bell had five for 13lb 5oz, Gareth Gardner had four totalling 11lb 13oz, and A. Lockey had five weighing 11lb 7oz. Jamie Davidson took the heaviest fish prize with a cod of 9lb 5oz followed by Lee Rutherford with one of 7lb 7oz. Sarah Johnstone was top lady with 2lb 1oz, Maddie Nyberg was top junior with 1lb 10oz, and the best flatfish of 1lb 2oz was landed by Lee Nyberg. 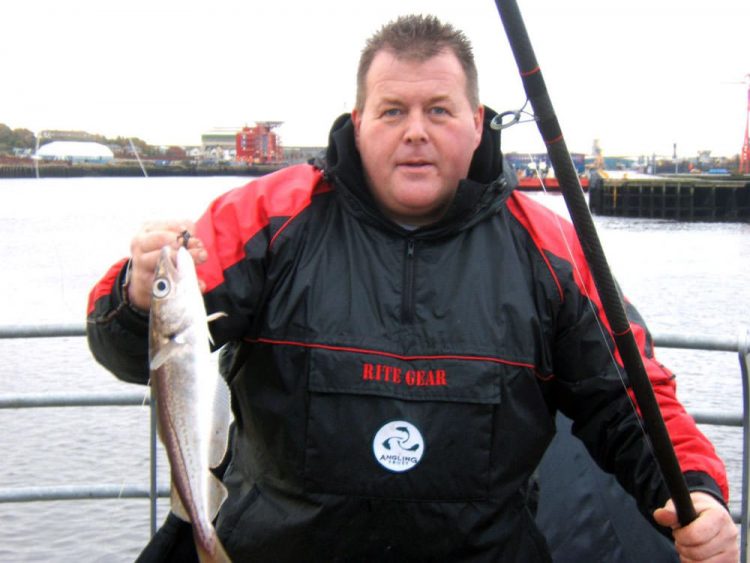 The Seaham Dillon Cup match fished in flat calm seas still saw cod landed from the rough ground off the South pier where Jim Dobie won with three fish for 3.29lb ahead of Kenny McCoy with five weighing 2.95lb and Craig Darwin with a single cod and heaviest fish of 2.74lb. The rock edges between Roker and South Shields always seem to produce cod on most tides. L. Jackson had two weighing 3lb 6oz at the Mud Hole to win a Cleadon match and Terry Wood had the heaviest fish of 3lb 1oz from the same mark. North of the Tyne an East End match saw Dave Delaney win with three cod weighing 5lb 10oz, the best making 2lb 9oz taken at Blyth.

Phil Smithson fished at Newbiggin to win an S.B.R.A.A.C. match with five cod for 8lb 7oz, the best weighing 3lb 5oz. D. Digger had a bag of 7lb 10oz to win a Bedlington Station match, S. Brannon had the best fish of 5lb 7oz. Don Nicholson had four cod weighing 8lb 7oz including one of 3¾lb, taken from the rocks at St. Mary’s to win a Whitley Bay match.

There are plenty of smaller fish well up in the river Tyne for the light tackle enthusiast and the lower Tyne has seen plenty of good mixed bags landed. Scott Davidson had seven fish for 10¾lb from the lower Tyne to win a Seaton Sluice match. Ronnie Forest had three cod and one coalfish totalling 5lb 2oz to win a Tynemouth winter league match, Tony Anderson had the best of 2lb 3oz.

Boat angling continues to be very good when conditions allow. The Sarah JFK out of the Tyne has been taking up to 100 cod to 5lb, and the odd ling to 14lb on most trips, and the Sapphire out of Sunderland took 35 cod to 8lb, pollack to 7lb, plus lots of mackerel and pouting during a productive four hour trip.

The Whitley Bay Night Time Open is on Saturday November 8th with fishing from 8pm until midnight between Lynemouth Pipe to the North and Tynemouth pier (excluded). Basic entry is £10, register from 6pm until 7pm at Whitley Bay clubhouse, St. Mary’s Island approach road. Top prizes are £250 each for the heaviest bag and heaviest and cash prizes for the top 10 heaviest bags.