Fishing success or failure can be attributed to much more than a simple throw of the dice most of the time, says sea angling author David Storey.

I’ve always liked one-arm bandits, ever since I started putting the green pennies I found on the beach into the fruit machines in the sea-front amusement arcades. The gamble, the thrill of the unknown, the knowledge that someone has to win but most will lose, and hopefully, the manipulation of the machine in order to increase your own chances at everyone else’s expense. Such tipping of the scales has its part to play – maybe an important part at crucial times – in our fishing, and I share with you two insignificant but, in my mind, highly relevant events from my past, one recent and one ancient, that might just alter the balance your way. 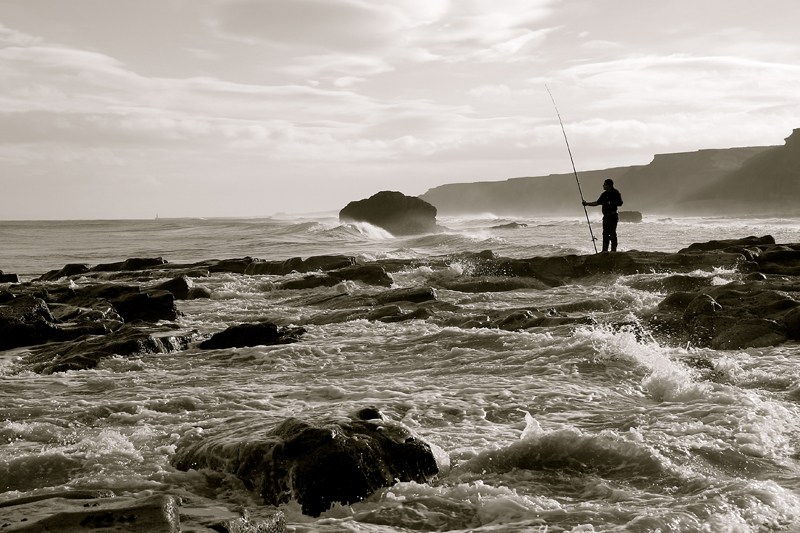 When I was 10 I passed my exams and headed off to the local grammar school: peaked cap, short trousers et al. As the first (and last!) in our very working class family to do so I quickly became, in my own mind probably, the fountain of all knowledge as I waded through reams of Shakespeare, the Periodic Tables and the affairs in the Balkans leading up to the outbreak of World War 1. Knowledge, however, runs a poor second to wisdom and every evening I was placed in front of the telly by the old man to watch the BBC 6 o’clock and 9 o’clock news. I suspect his interest in current affairs, foreign policy or Carnaby St fashion was minimal – we were there for only one thing – the weather, ably covered by the Met. Office in the days when Atlantic weather systems, depressions and anticyclones were religiously tracked and shown to the viewers in a way that presumed everyone knew of such things… so unlike the dumbed down, computerized middle of the road forecasts we get today.

My old man knew a thing or two

The old man would nod now and again muttering: “Ooh look at that” as we watched the next few days flash past. All they were to me were a series of squiggly lines and irrelevant numbers. To him they were immediately digested and regurgitated with a pronouncement…  “Bottom of the Stairs… Saturday night”. There was never an argument – the old man knew. To me he was the world’s leading authority on meteorology and codling catching. 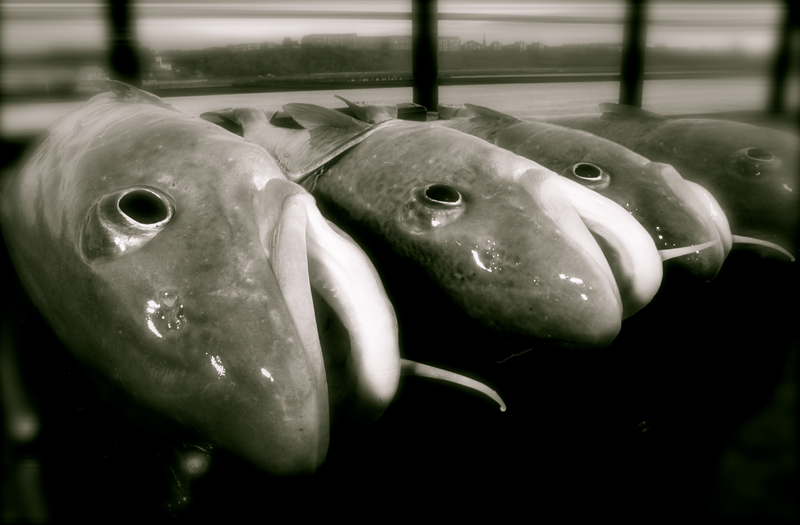 As I got older I learned about the weather charts and could recognize what was being shown to me on the TV. We both knew that a low pressure system meant wind, and that if the wind was in the right direction then that meant waves and that increased our fishing potential. We could don fishing gear, head for the nearest beach – albeit a very shallow beach – and be confident in catching fish. It was at this point that we had our first debate, and for the first time the old man took me into his secret world… into the next level of understanding.

I must have been 15. We were watching the weather chart and I pointed out the stiff East NE winds forecast for the next few days. “How about Whitley beach?” said I, full of self confidence. The old man shook his head. “If it’s too rough we can try the north end of the beach” said I, proving I had thought of plan B. “Go if you want – you’ll get nowt” he replied. So I did… and I did. Returning crestfallen he sat me down and explained that the easterly winds were caused by high pressure, centered off Norway, dragging in winds traveling in a clockwise direction. High pressure meant air falling rather than rising, giving the fish the impression that the water was even shallower than normal. On our beaches that fact alone was crucial. Add to it the big tides that I encountered that night emptying the holes at a steady rate, and there probably were no fish within hundreds of yards of the waters edge. 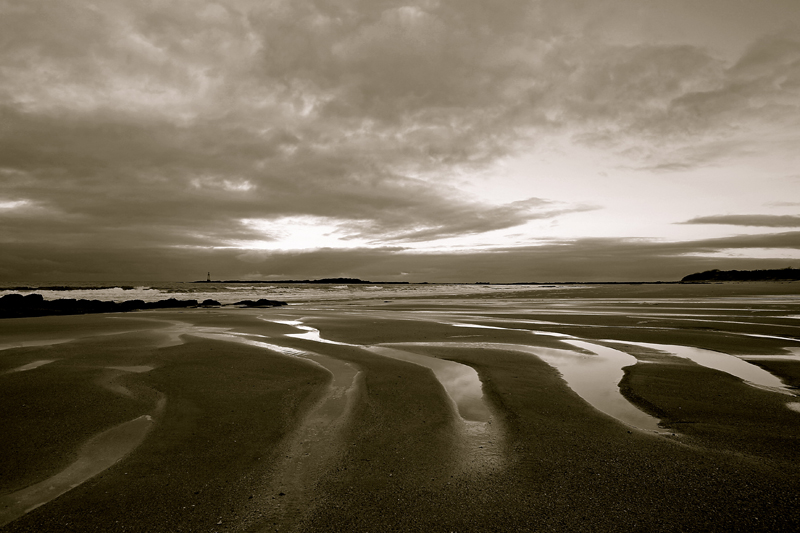 “So if fish are sensitive to barometric pressure what is there to be done about it?” The question was left hanging in the air. “Don’t bother going” said I, finally admitting defeat. “Nope” says he. “Just adjust your tactics – fish in deeper water, get up the skeers or in the tangles, anywhere where fish might hang out until they can frequent the beach again”.

As I click from internet fishing board to internet fishing board I regularly come across the terms of endearment “Look at the results of the Wherever Open; Whatshisface has won again; He’s a jammy bugger – he could catch fish in a puddle.” I chuckle, because he probably could but only if it’s low pressure. At least with the weather you know the odds – low pressure increases your chances, high pressure means a change of tactics but will probably slow catch rates down in shallow water areas.

My second account happened last year and shows that gambling on fishing marks can sometimes be taken out of your hands. Close to St Mary’s lighthouse on the NE coast of England is a shot from the local promenade which fishes relatively well over high tide and in a big northerly sea. I must admit I am not a promenade fisherman, preferring to be on the beach or skeer. But I was up for the weekend and I’d visited the spot in the early morning to scratch some lugworm, arriving at low tide as the mark dries out on the ebbing tide. 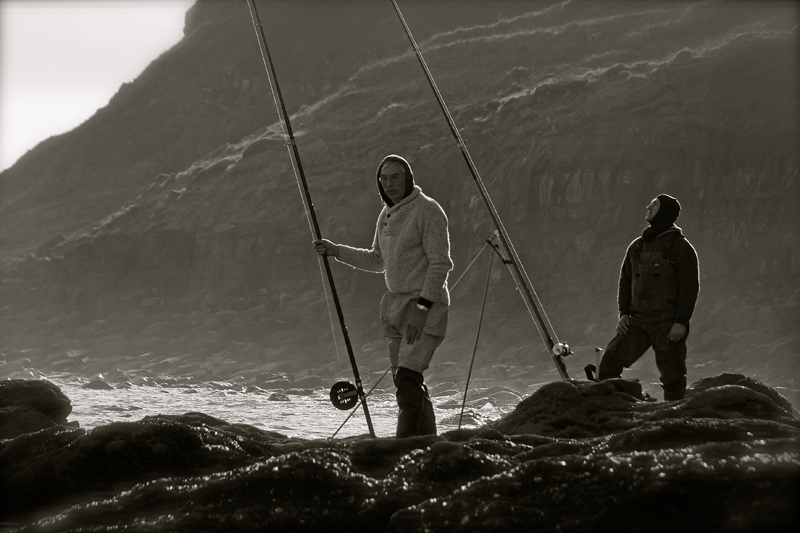 At low tide you can walk through the high tide hole and it was here that I had opted to spend a couple of back breaking hours, getting enough lug for the night tide. Most of the hole had been scoured out by the big seas and was a barren area of clay. To the north edge however was a 12-inch layer of clean gravel and stones, ideal for the hard black lug that makes such good bait. I worked my way along the edge and collected 50 or 60 good size worms, more than enough for my evening assault.

Twelve hours later I was stood on the beach, enjoying the solitude and the pleasure of being back fishing, when I was joined by an internet colleague. We didn’t know one another but he recognized the Scarborough reel I was using and we got chatting. He told me how he had been fishing on Whitley Promenade six hours previous and conditions were perfect (I felt somewhat uncomfortable). He fished two hours up and two hours down and not a bite (I began to cringe).  He couldn’t believe there were no fish in the hole (There wouldn’t be if there was no feed, I thought). I sympathized with him, whilst knowing that because of my low tide assault the hole was all but barren. The odds were certainly against him. I think the same is true of many of our low tide shallow beach marks which mysteriously stop producing fish when a sea has been running for a number of tides. They simply run out of feed as it’s all been washed out… something to think about next winter. 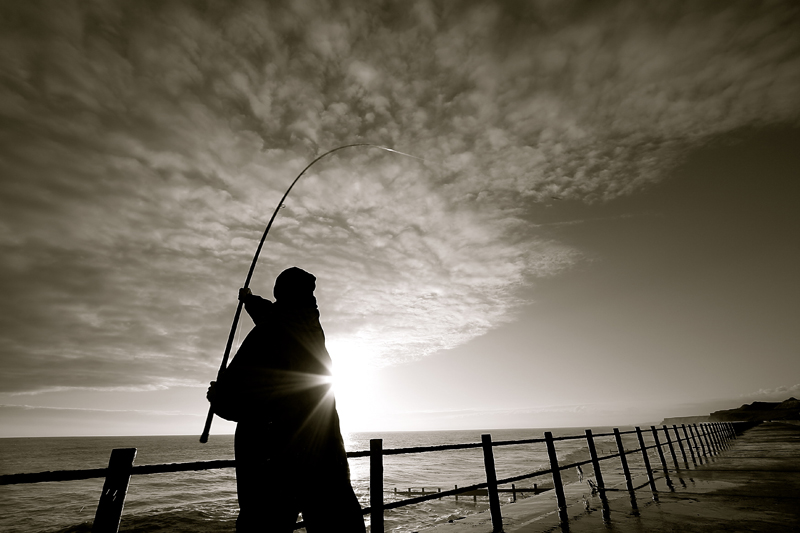 Enlightened anglers weigh up the odds every time they go fishing, choosing what they think is their favourite spot for that day. Others know what their favourite spot will be, regardless of the variables, either through routine or because of the influence of recent catch reports. I don’t have a favourite spot. I have a number of spots that might be favourite on that occasion. Good anglers, those with local knowledge, those that can read the beach and those that take into consideration the not so obvious variables may just have the edge on the mere mortals amongst us.