The sea picked up last midweek, and coupled with bigger tides, cod up to 15lb were taken from various marks. Sport for the most part was slow however, especially in the Teesbay area where a few smaller cod prevailed. But Staincliffe did produce cod to 6lb in the South Easterly sea on Sunday. Even the usually reliable whiting are in short supply with many anglers suffering blank sessions. 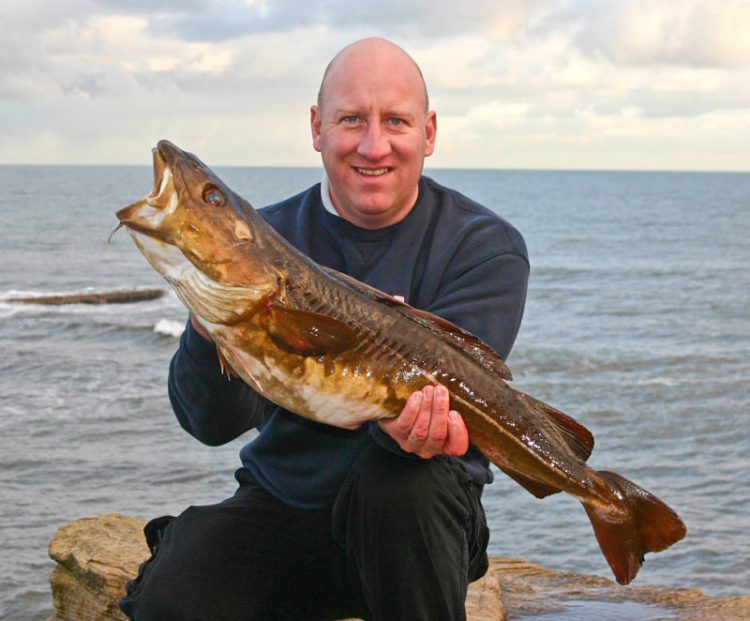 Just a few miles up the coast shore sport has been quite good, though still a bit hit or miss. Several better cod were caught from the Durham beaches, and these bigger fish are definitely staying close in along the shoreline. Les Moore had a cod of 14lb from Horden on Thursday, while the Horden Buffs match was won with a cod of 10 – 15lb. And on Sunday, several fish around the 9lb mark were reported from the Dene Holm area.

Most consistent better cod sport continues to be from the Sunderland area Northwards, with fish to 10lb again reported from Roker Pier. The river Wear has produced some cod into low double figures. Baz Blakeman had cod to 9lb from Hendon Wall. South Shields Pier and the lower Tyne have both seen numbers of cod around the 5lb to 9lb mark landed.  Neil Cutler had a good session on South Shields pier on Sunday, taking an estimated 30lb bag of cod – best around 9lb.

East End and Hendon Sweepstake: Dave McReady won with a cod of 4 – 14lb taken from the Targets.

Hartlepool O.M.A.C. fished Saturday night in a very heavy South Easterly sea. Such conditions can produce fish elsewhere like South Shields Pier, but they rarely conducive to big bags of cod in the Teesbay area, although Middleton Pier and the Staincliffe can sometimes come good. Keith Jeffries fished the sheltered dock channel and was rewarded with a cod of 5 – 01lb, while Brian Chapman fished Middleton and had the second h.s.f with a 1 – 11lb cod. Anthony Chapman had the second heaviest bag with 2 – 15lb, and Jordan Salvan fished Steetly for a 1 – 13lb bag of whiting.

Ryhope Tuesday Sweepstake saw some decent cod landed. Gary Ramsden had the first and third h.s.f. with cod of 1680 grammes and 960 grammes from Ryhope Dene. Dave Whitwell was second with a cod of 1095 grammes from Roker Pier.

Ryhope Christmas club match on Sunday saw a good end to the year with 59 out of 98 weighing in. Bob Charlton had 4 cod for 4655 grammes from Hill 60; Wayne Harriman had 1 cod and 1 flounder for 2655 from Panns Bank; Bob Surtees had 4 flounders, 2 whiting, and 1 cod for 2465 grammes from the Fish Quay. Top junior was Abigail Redpath with a flounder of 860 grammes.