The Abu 6500 reel is a timeless classic, revered as the benchmark small bait-casting reel among anglers and casters alike. Many of us unashamedly possess collections of the things in their many incarnations, and are loth to part with even those retired from action. The original 6500 is a reel that has evolved over past 30 years into the more developed item we have today. You would think then that today’s refined 6500 reels would offer the angler trouble-free fishing straight from the box… but such design perfection is still to be achieved. 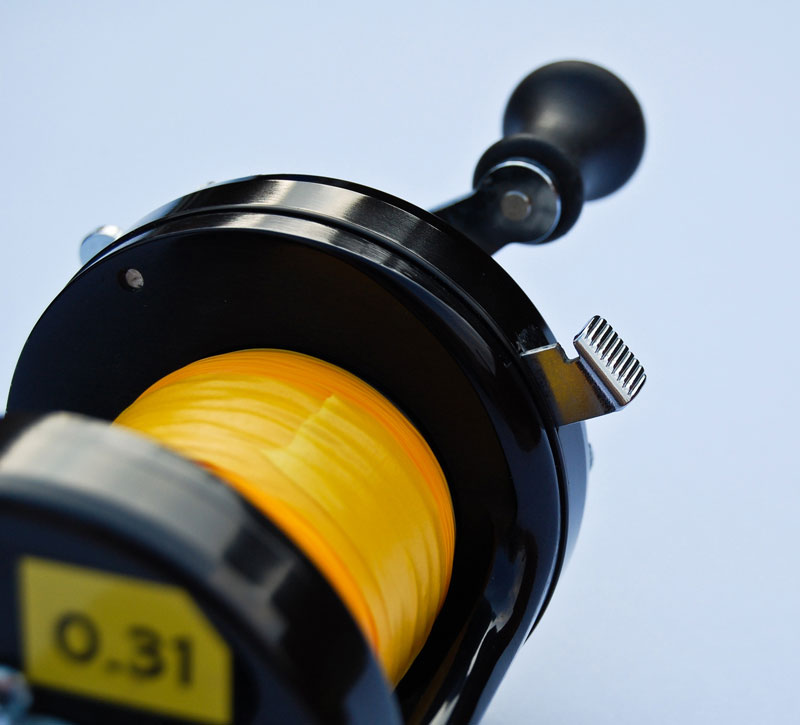 If you are a ‘low reel’ user, that is the reel is mounted at the bottom of the rod and controlled with the lower hand and arm, you will be all too familiar with the dreaded accidental spool engagement. Picture the scene: It’s the depths of winter and you’re wearing a heavy waterproof jacket; you have just baited up and are casting out when – click, wallop, almighty snapping noise, and swear words! Not for the first time, the handle of your 6500 caught your clothing and the spool engaged. If you’re lucky the leader has held and your freshly baited trace lies just in front of you with the bait now blown to pieces. Alternatively, following a thunderous crack, the now dis-attached rig hurtles out to sea, and anglers nearby snigger under their shelters knowing exactly what just occurred. 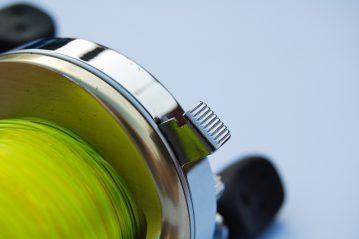 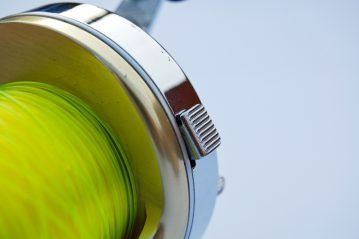 It is a condition only exacerbated by larger power handles that seem to have an uncanny knack of seeking out the smallest loose strap or pocket on your jacket. In my extremes of experience I have also bent and even snapped some 6500 handles as a result. Then Abu introduced the Instant Anti-Reverse Bearing on the drive gear which ensured just touch the handle and the reel would jump into gear almost of its own accord. The old safety margin of having that quarter turn of handle before the reel went into gear was gone. This signalled the final straw for me and resolved that something had to be done.

Others were experiencing the same problems. My initial reaction was just to loosen the drag right off before every cast which was a bit of a pain. I then tried various bands round the reel frame, these applied pressure to stop the spool release button from disengaging but this again proved fiddly and not altogether failsafe. As I saw it the only answer was a permanent fix and the solution came straight from the tournament field where this phenomenon had long been identified and rectified by the simplest of means… the notch.

Put simply a notch is cut into the free spool release button so that when pushed to engage free spool, the button can be further pushed forwards so the notch catches the reel frame… a simple and completely foolproof solution. Notched thus the handle can be spun freely without any danger of the spool engaging. To re-engage the spool into gear you simply pull the button back towards you to take the notch out from the reel frame and turn the handle to engage the spool… sorted! 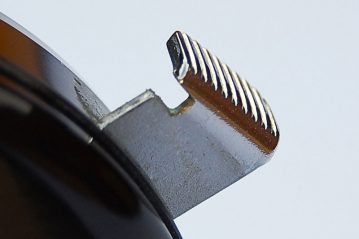 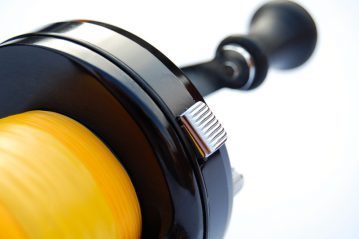 You will need a junior hacksaw, a needle file and masking tape. It can take a bit of nerve to take a hack saw to a cherished reel, but if you suffer from ‘engagement’ then it is the only serious way to eliminate the problem. Ideally you should strip the reel and remove the spool release button, or, the quicker way is to cover the open areas of the reel with masking tape to prevent any filings from entering the gear train. 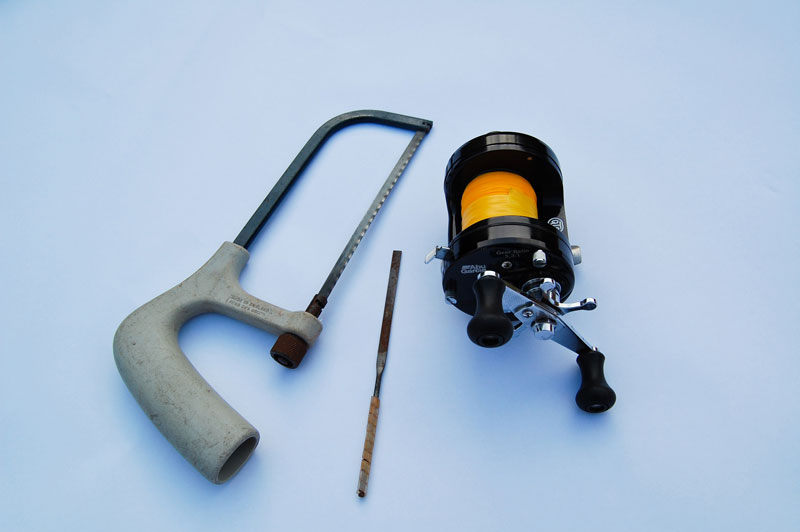 Take your hacksaw and gently cut a notch around 2mm wide into the top of the button as shown – it may take two parallel cuts to achieve this. Using a needle file, remove the burr from around the cut area and blow away any filings before removing the tape. The whole job takes all of two minutes to perform.