Resident reel doctor Des Westmore digs into the Pfleuger Trion 66 and replaces a few vitals to ensure years of continued health and faultless fishing operation. The straightforward process is the same for the vast majority of star drag boat and shore multipliers, so with a just little patience and the correct replacement bits, anyone can perform a top job.

If you have just hooked into a personal best bass, or any good fish that you want to get in the boat, then you need to know that your reel is reliable and up to the job. To begin with, it’s always helpful if the reel handle doesn’t decide to start spinning round backwards, shredding knuckles and spewing disastrous loops of line in the process. Secondly, when your quarry decides to head for the hills, the satisfying feeling of the drag dispensing line with a fluid smoothness goes a long way towards curbing the anxiety that naturally precedes the fish being securely netted. 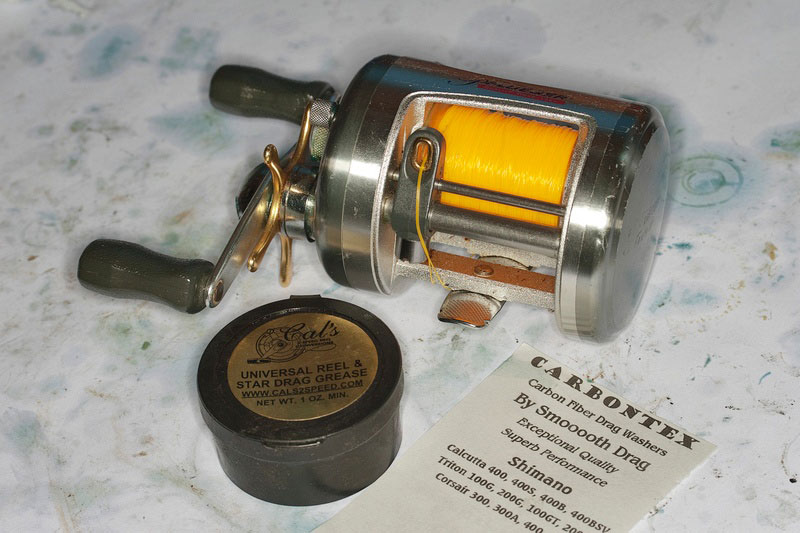 My preamble takes me squarely to a reel I serviced recently for a friend of mine. The reel in question was a Pflueger Trion 66, which is a very tidy light tackle bassing reel. At the first time of asking I didn’t have a lot of time on my hands so the plucky little Pflueger was simply given a band-aid and returned to its owner while I set about tracking down the bits to get it back to full health. I needed to source the one-way Instant Anti Reverse (IAR) bearing, which was on its last legs and then there were the bits for the stuttering drag that needed serious attention.

I called the servicing department at Pure Fishing, who own the Pflueger brand and they put me in touch with Quentin Millman at QM Services in Plymouth. Quentin didn’t have the IAR bearing or the sleeve that runs through it in stock but he was able to get both on special order from the States for the very reasonable sum of £13.00. With the IAR bearing sorted, that just left the drag to deal with… I just needed to know if I could get the correct parts.

Carbontex: Every Reel Should Have ‘Em!

I have used Carbontex drag washers as standard for some time now for all the drag upgrades in my reels, along with those that I service for anyone else. Until recently I have always shipped them over from Smoothdrag in the USA. The owner, Dawn Geider is incredibly helpful, not to mention knowledgeable on all things drag washer related. This time however the Carbontex washers were easily obtained in the UK from Russ Smith at Blakdog Tackle. I say easily but the Pflueger Trion is not the most common reel out there and I needed to identify the correct size of washers then find out for definite that they were available. 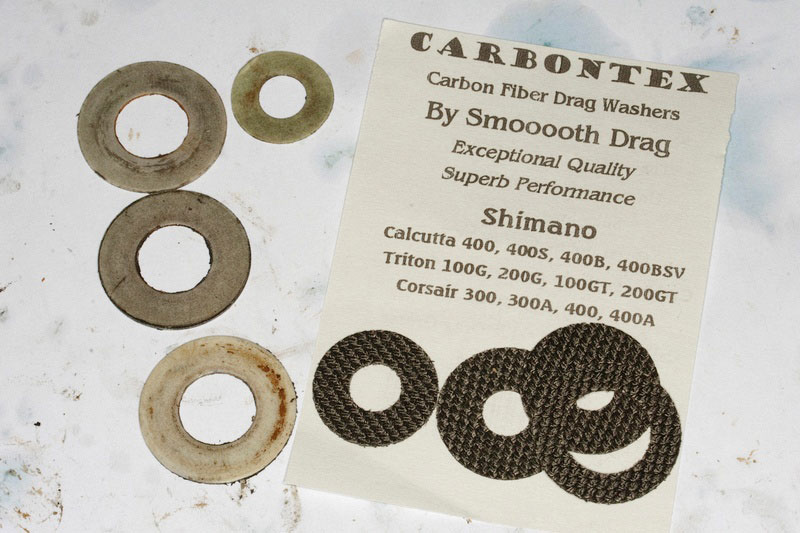 I suspected that the washers from a Shimano Calcutta 400 would fit the Trion and indeed they did. Conspiracy theorists out there can make of that all they want but the bottom line is that if you own a Pflueger Trion 66 and you contact Russ Smith and order a set of Carbontex washers for the Calcutta 400, it will probably be the best £6.25 that you could spend on that reel. And to complete a real top notch job spend another £4.99 on a pot of Cal’s drag grease.

Once all the components arrived, it was just a case of recalling the reel back from the owner. With the handle off and the side-plate removed, accessing the IAR bearing was easy and viewed alongside the new one, the bearing looked even worse than I remembered. IAR bearings do have a hard life as they are made from carbon steel – they are not corrosion resisting – and the bearing cage is plastic. Also, if you read the manufacturers’ specifications for this type of bearing, it is recommended that they are paired up with a standard bearing. This is so that any radial load, such as that from winding, is taken by the standard bearing and the IAR bearing just does the job of making sure the shaft can only rotate in one direction. 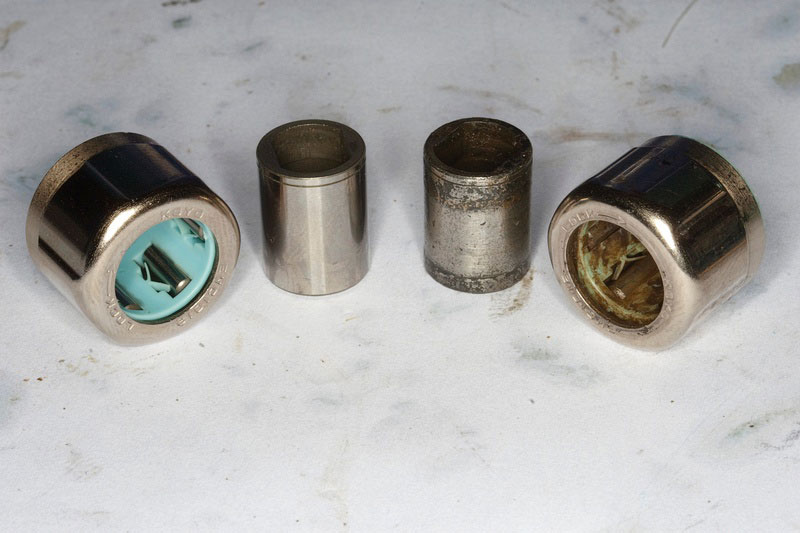 Unfortunately many reels, the Trion included, do not have the other bearing which means the IRA bearing wears out prematurely. Another odd problem with IAR bearings is that over-lubrication can cause problems as well as under-lubrication. What I do is to make sure that the outside of the bearing is given a good coat of grease, but the bearing sleeve and rollers are just given a very light coating of Corrosion Block. The grease stops the bearing corroding into the side-plate and the Corrosion Block lubricates and protects the rollers.

To strip a drag stack is usually just a case of prising the old fabric and metal washers out of the main gear with a small screwdriver or something similar. Sometimes they fall out; sometimes they are a bit trickier. In the worst case they are corroded into the gear and brute force is needed. In the case of the Trion, they came out pretty easily. The old fabric washers were soaked with oil and seawater but the metal washers cleaned up easily with lighter fluid. The main gear was showing signs of corrosion internally so needed a bit of work with a wire brush in a Dremmel. 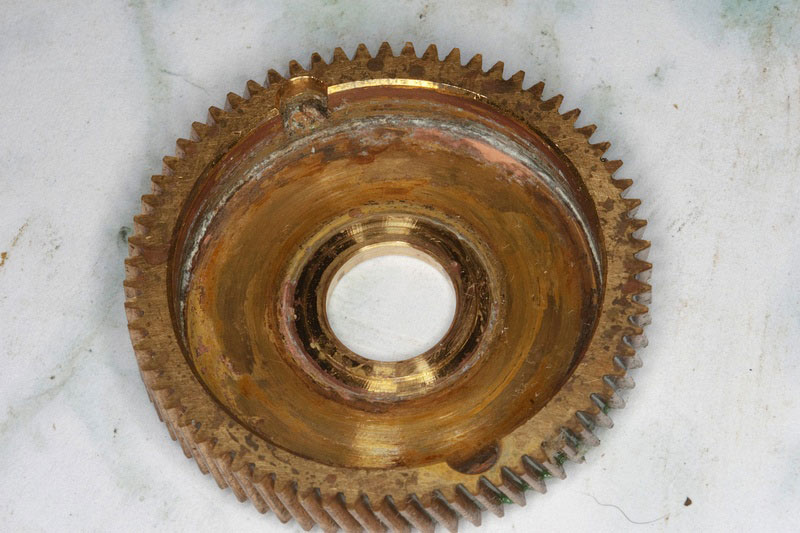 When you get a set of Carbontex washers, you get the ones that go inside the main gear, usually three, and also the one that goes under the main gear. Most often, this is much smaller than the others but is very important to the performance and feel of the drag. Carbontex washers can be installed dry if you want; they will work perfectly well and some people may prefer the feel of a dry drag. Personally I don’t and I think that a grease impregnated drag feels far nicer.

More importantly though, a greased drag can be made impervious to seawater and will pretty much eliminate drag failure due to the ingression of salt water. For this reason, unless the reel is to be used for very light tackle fishing, I grease my drags pretty heavily. This means you sacrifice some lower drag range due to the grease dragging (sorry; I can’t think of another way to describe it) even when the star has been backed right off. The gains in reliability more than outweigh any of the disadvantages for me though. If you are very worried about this trait, you could try the lighter version of Cal’s drag grease which is also available from Blackdog. This also works well in cold climates so bear that in mind if you are off to Norway soon. 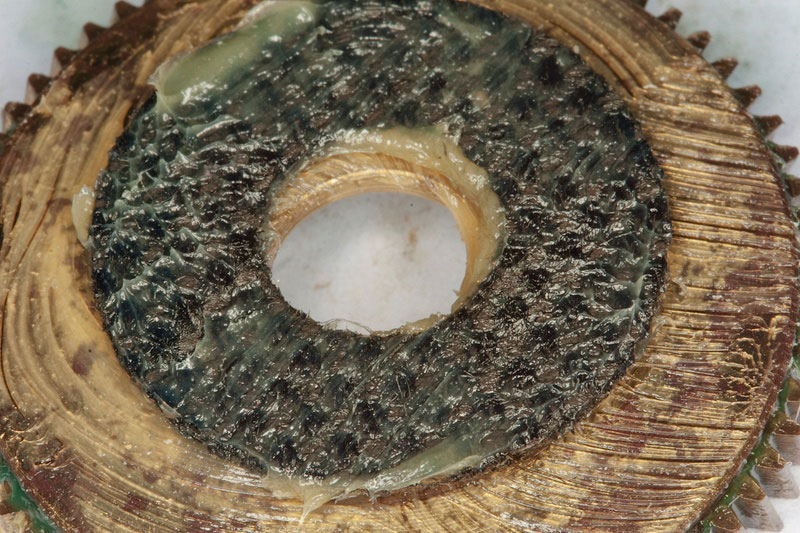 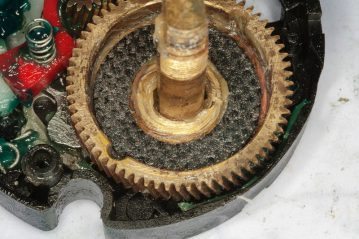 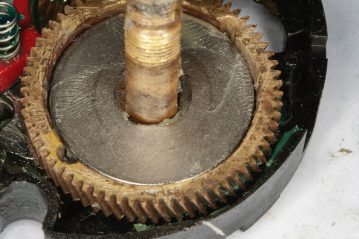 Next, give the inside of the main gear a generous coating of the drag grease. Grease the first large Carbontex washer and place that in the gear. Give the first metal washer a light coating of the grease by just smearing it on with your fingers and place that on top of the Carbontex washer. For the remaining washers, you just repeat this procedure. Once you get to the final metal washer, give it a good coating on the outside to seal up the drag. As you apply pressure later with the star wheel, excess grease will be forced out from between the washers which should complete the sealing. It is this process happening that causes the “bedding in” period with a newly greased drag. 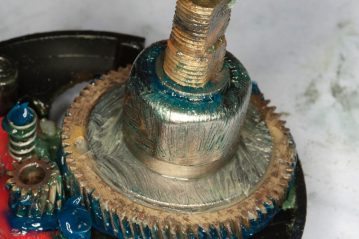 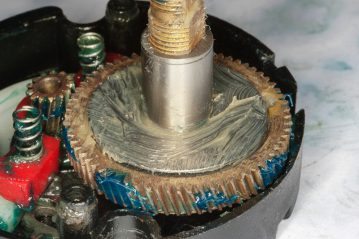 All that remains is to slide the sleeve that goes inside the IAR bearing onto the handle shaft. I always put some Cal’s grease on the shaft first to stop salt water tracking in. You can then put on the IAR bearing, lubricated in the way stated earlier. If the IAR bearing is a tight fit in the side plate, you may need to push it into place within the side-plate first rather than assembling it onto the handle shaft. All that is now needed is some good quality waterproof grease on the gear teeth and the job is pretty much finished

For more information on parts for the Trion, as well as many other reels, go to www.fishingreelrepairs.co.uk and for the Carbontex washers take a look at www.blakdogtackle.com