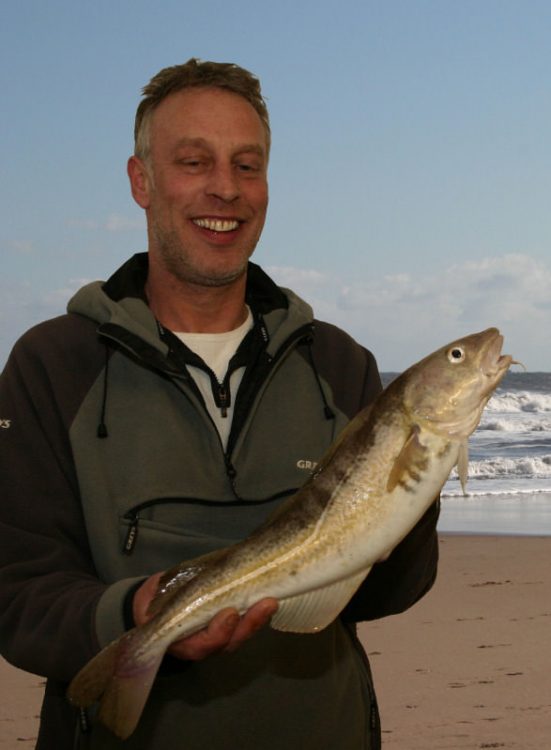 The two day Sunderland Festival saw 152 anglers fish the first day and 150 on the Sunday. Approximately 50% of the entrants weighed in seven cod, two coalies and 145 flounders during the event. The codling and coalfish were all taken from either Roker or South Shields piers with the flounders being landed and returned at the Wear. A number of the flounders had obviously been caught during previous competitions as evidenced by hook marks.
On Saturday Graeme Lund lifted the £500 first prize with a codling of 1.25kg. Runner-up Gareth Gardiner weighed in a codling of 0.85kg worth £300 and was followed home by Chris Coxon whose codling weighed ten grams less. Sundays top prize again went to a codling landed by Jason Brown and weighed 1.22kg. Steve Maw’s flounder of 0.72kg was enough to take second spot while the £200 third place prize was lifted by Gareth Gardiner with a codling of 0.69kg to add to his first day success.
A number of anglers didn’t bother turning up for the presentation and missed out on some great rod and reel prizes.

A full list of the prizewinners can be downloaded from here.