Shore sport remains a bit hit or miss with few sizeable fish among greater numbers of various flatfish species, whiting, coalfish and undersize cod.  Some anglers have taken bags of over twenty smaller fish from the Hartlepool piers, Durham beach marks, Roker and South Shields piers, and from the rivers.  All of these marks have produced the odd size cod at times, mainly on night tides, and the rivers have size flounders taking worm and mackerel baits in the upper reaches, and size cod and coalfish taking fresh crab from the lower river marks.  The clean ground beach marks along the Northumbria shoreline have been popular for light tackle enthusiasts fishing for dabs, flounders, and the odd turbot, though few early season plaice have yet to be reported.

With prospects not looking too good, only 10 anglers fished a recent Ryhope Tuesday evening sweepstake, but those with fresh crab got among the smaller spring run cod which have been evident from Roker pier.  Paul Hossack had four cod, the best 2lb 2oz, and John Lovett had two cod, the best 2lb.  Roker produced lots of small dabs on the night.  Also on the pier, Andy Copeland managed to land two tadpole fish, a very rare fish anywhere around the British Isles, during a recent pleasure session. 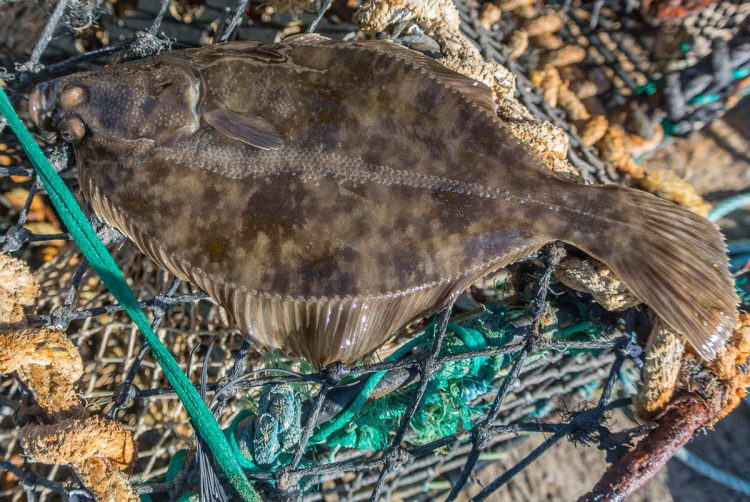 The most recent Ryhope sweepstake saw exactly the same results, if you did not have fresh crab then the chances of landing a cod were almost nil, however, some of these smaller spring cod have been taken on bluey baits.  Paul Hossack won again with a cod of 1lb 14oz from Marsden, Derek Ross had one of 1lb 7oz, and Mick Davison had one of 1lb 6oz.  Dave Bentley won a Tynemouth retired members match with two cod and two dabs weighing 4¼lb, followed by Bob Gascoigne with a mixed bag of dabs, flounder, and whiting for 2½lb.  Gary Tulley won a Newbiggin match with two cod for 4lb 1oz, the best 2lb 14oz; Joe Lindsay fished the clean ground at Druridge Bay to land four dabs and three flounders totalling 3¾lb.

Local anglers continue to travel to Norway where sport is not at its previous best, however, of course, it is a lot better than here.  Nick Robson, David Patterson, Patrick Farrier, and Greg Norris organised a last minute trip to Norway where their best cod was 22lb 12oz plus others of 18lb, 15lb 8oz, and 15lb 2oz.  They also took lots of coalfish to 6lb, good numbers of smaller cod below the 4lb mark, as well as haddock, dabs, velvet shark, and the deep water species black mouthed dogfish. Many returning anglers have reported large numbers of coalfish and pollack to 6lb or more this year so taking some light spinning tackle and various lures might be a good idea for a bit of sport when the big cod seem to be in short supply.

Most charter boats that have ventured out have been fishing at anchor just a few miles offshore.  The Sarah JFK2 out of the Tyne has been averaging around 30 size cod per trip, the better fish around the 6lb mark.  Calmer conditions should see the boats able to fish the offshore wrecks where sport should be a lot better.

A reminder that the Seaham Good Friday Open on April 3rd is fished from 12 noon until 5pm between Hendon Groyne (excluded) to Hawthorn Hive.  Seaham South pier will have 60 pegs available weather permitting.  Register from 10am until 11am at Seaham clubhouse.  Basic entry is £10 plus optional pools, team events, etc.  0191 5810321 for further details.