A promising south easterly sea midweek brought the cod inshore, and although such conditions generally favour the marks in the north of the region, there were still cod showing further south down to Hartlepool where the cod are starting to show in greater numbers. October can be a good month for some bigger cod showing from the promenade marks, and from Middleton and North Gare piers, where the fish get pushed inshore off the Longscar rocks and from the rocks off from North Gare pier, unfortunately fresh crab is the only bait to use and fish will rarely be taken on other baits.

Cod have moved inshore onto the rock edges around Roker and Ryhope where fish have been taken in good numbers just about every low tide since early last week. The Ryhope Tuesday evening sweepstake saw 30 fishing with nearly everyone catching cod. Dave Mould won with one of 1.89kg taken at Marsden, Danny Hedley had one of 1.36kg at Ryhope, Dave Turnbull had one of 1.32kg at Whitburn, and Ritchie Carr one of 1.28kg at Marsden. 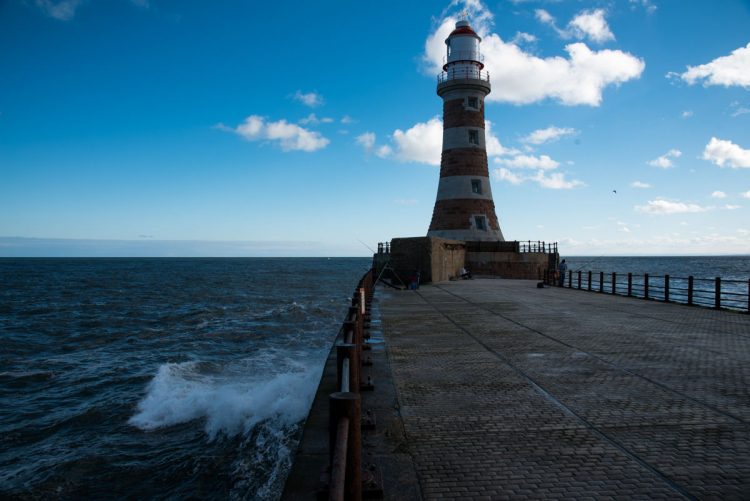 South Shields pier has been the better pier to fish with cod to 6lb taken on most tides along with a lot of fish around the 1lb to 2lb mark, these smaller size fish have also moved into the lower and mid-Tyne with some anglers taking double figure bags on the better tides. Roker pier has also fished well, though large numbers of whiting are present after dark. Similarly, all the marks down to Hartlepool have seen lots of whiting showing and the best cod sport has been from the low water marks along the Durham beaches and at Crimdon.

The lower Tyne has been a popular venue lately. Bob Gascoigne won a Tynemouth winter league match with three cod, two flounders and a whiting for a total of 5lb 9oz, Steve Harper had the heaviest fish, a cod of 3lb 3oz. Chris Stringer won a Whitley Bay match with four cod weighing 4lb 3oz at the Ice House just ahead of Paul Brown with two cod and two flounders for 3lb 10oz also from the Ice House. Phil Smithson fished the Tyne to win a S.B.R.A.A.C. match with four cod and four flounders totalling 7lb 13oz. Tony Stanford won a Seaton Sluice match with two cod weighing 8lb 5oz, with the best at 6lb 11oz, and Mick Newton had two for 6lb 11oz to win at Bedlington Station. Cleadon A.C. always have a good turn out with 13 out of 29 weighing in for their last match, won by P. Harrison with three cod for a total of 12lb 5oz, the best weighing 5lb 14loz taken at the Mud Hole at Whitburn. Neil Cutler was second with five cod for 5lb 7oz from South Shields pier.

The winter season of open matches is well underway now. The recent Karl McLaughlin memorial open saw 49 out of the 100 entrants weigh in 78 cod, 11 flounders, a bass, a plaice, a coalie and one pouting. First prize for the heaviest fish went to Chris Potts with a cod of 6lb 13oz, Gary Appleton had a cod of 5lb 15oz and Chris Potts also had the third heaviest fish, a cod of 5lb 11oz as part of his heaviest bag of three cod totalling 17lb taken from the productive but rarely fished Castle Rocks. Steve Williams had the second heaviest bag with five cod for 13¾lb taken from the Warriors and Kev Moffat had five cod weighing 9lb 13oz from Newbiggin.

Sunday October 18th is the Newbiggin Open with fishing from 11am until 3pm between Seahouses pier and Tynemouth pier, all rivers and piers excluded. Register at the Bank House Club Newbiggin from 9am until 11am. Basic entry is £12 seniors, £3 juniors, plus optional pools and team events. First prize is £500, Heaviest flatfish £100, junior a Greys rod. There is a £2000 additional prize table plus place prizes.