Russ Whitworth launched from five bar at midday last week on his kayak and fished approximately one mile out. Russ found fish from the off falling to his chosen baits of fresh black lugworm tipped with mackerel. He fished two rods, one with a simple running ledger and the other with a two hook flapper. It was mainly double headers on the two hook rig, consisting of whiting, dogs and dabs. He also had a nice smoothhound which took mackerel strip on the running ledger. This was then closely followed by a bull huss around 8-9 lb caught on a mackerel head. He landed seven species in total, smoothie, huss, dogfish, whiting, dabs, plaice and a mackerel. Russ Fished 2½ hour up and two hours down over high water. 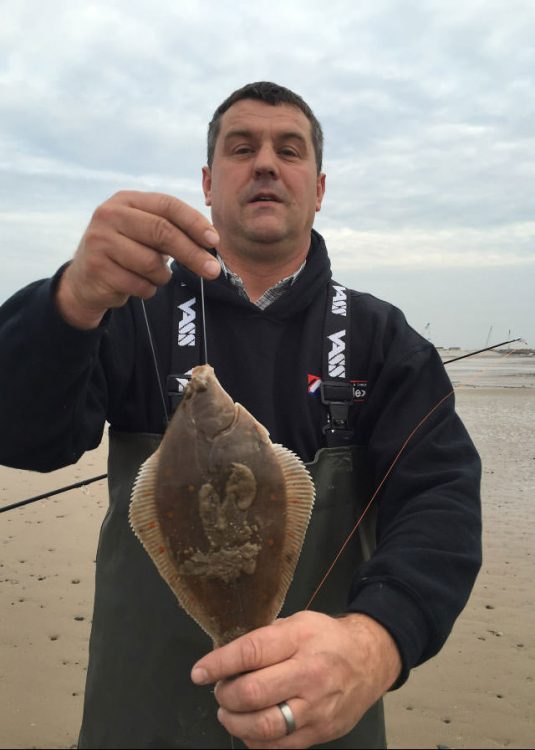 Last Thursday David Playforth fished the Gyn Wall opposite the Hole in Wall Cafe. Dave tells us he had over a dozen small plaice and three whiting. Dave fished a pulley pennel rig with 1/0 hooks baited with fresh black worm at distance.

Neil Kenyon fished on his boat at the far side of Fisher bank on Friday. He caught plenty of small codling out there so they are on the way. He also had countless whiting. All the fish were taken on baited hockeyes as he was were looking for mackerel but only managed the one suggesting that the main shoals have departed.

Stuart Goodram and Steve Wood have fished a few of the night tides this week and have had plenty of action. Plenty of whiting and dogfish and also a bull huss. All caught on fresh worm from the Gyn Wall.

Brian and Kevin fletcher from Wyre Boat Angling Club have had a few sessions this week. Kevin tells me their sessions were very much the same all week apart from the first day where Brian landed a cracking thornback ray weighing in at 13lb 9oz. The ray was caught using worm ripped with a small piece of mackerel. The rig was a pennel on a flowing trace rig. The fish was hooked during slack water at high tide. As the days went on the fishing consisted of lots of dogfish , plaice, dab, mackerel, whiting and small codling. 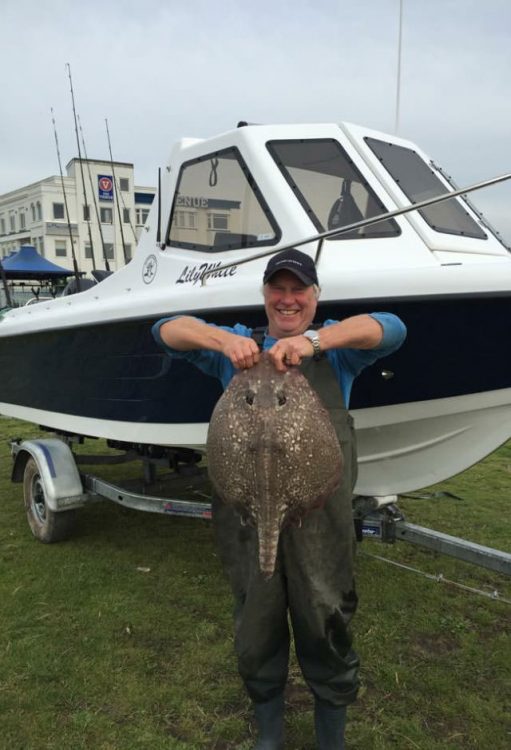