Last Sunday Fleetwood and District Angling Club held their latest match and found it hard going at Knott End. The easterly winds, calm seas and clear water appear to have caused a downturn in the fishing. The winner was Ray Rodger with two plaice, 42cm and 33 cm. The only other angler to catch was Hughie Porter with a two-point flounder, a long way behind Ray’s 40 points.

Blackpool Boat Angling Club junior member Caitlin McMurray showed how it is done as she enjoyed a pleasant day out flattie fishing. 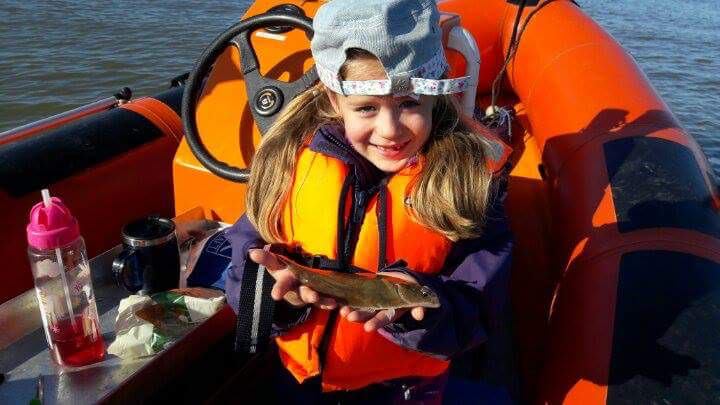 Wyre Boat Angling Club members Joe Green, Kevin Fletcher and Brad Sim also enjoyed success out on Lily White. It was fish a drop at the first mark with whiting, dabs, dogs, mackerel and a huss each. They also had two 34cm tub gurnards from this mark before moving closer to shore around low water. But despite getting out of the rough water the fishing tailed off with only a few dogfish around. A big thanks to Wayne Cole for meeting is on the beach with the trailer nice one mate.

Fellow Wyre Club members Mark Yule and Harry Lynagh launched on Sunday 9th October from the Club and headed north into Morecambe Bay. Due to the small tides they had success catching plaice on frozen black lug with the best fish of the day weighing in at 1lb 9oz. Mark also caught a lovely bass of 6¾lb on his favourite Dawia 6lb class Rod. 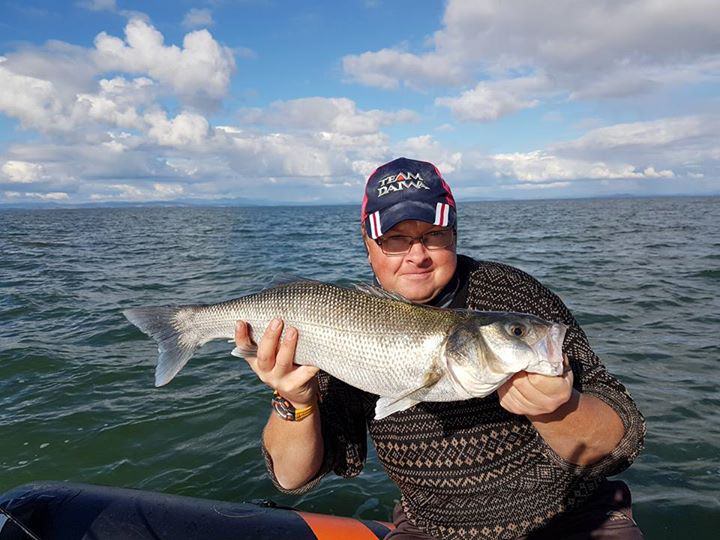 Mark Yule reports that he had a great evening fishing the deserted beach in front of the school where he had 13 dogs and four whiting whiting on fresh blacks.

Last Friday Arron Wassall expressed his thanks to Jordan Russell of Bispham Angling as he fished with his brother who landed 11 dogfish on fresh worm and new gear supplied by Jordan.

Last Sunday Neil Kenyon and Ray Barrett, fished at Fleetwood for a few hours and caught plenty of codling ‘whiting and plaice all taken on fresh black.

John Pearson reports that last Sunday he had a session off 5 Bar Gate in the rubber boats. They fished from low to high about a ¼ mile off shore. The sea was flat calm in the easterlies and bait was fresh black. First cast saw a plaice of about a pound and then it was dabs, dozens of them, interspersed with doggies. His mate Tim boated a couple of codling in size and John had half a dozen around an hour before high water. A squally shower appeared at high water so they came ashore as the sea roughed up a bit as the squall passed. The codling are there but the easterlies are stopping them coming inshore, let’s pray for a westerly wind.