It has been a mixed week with very few autumn cod showing from the boats although both Walton and Clacton Piers have had a good week with most fish feeding after dark.

The boats have once again seeing those ever faithful thornback rays plus some bigger bass that have arrived and are feeding on the whiting shoals and the very occasional codling. Martin Smyth fished from his own boat off of the Walton coastline in calm conditions. He caught rays, dogfish and whiting, but no cod. The rays were landed on herring bait, all the other fish were caught on lugworm tipped with squid.

The beaches have been very quiet during the day time but the night tides are fishing fairly well, although with onshore winds we are seeing a lot of weed at some venues. St Osyth beach has been one of those quiet beaches with only a few small whiting and flounder showing; night tides are seeing the odd thornback ray, bass and whiting. 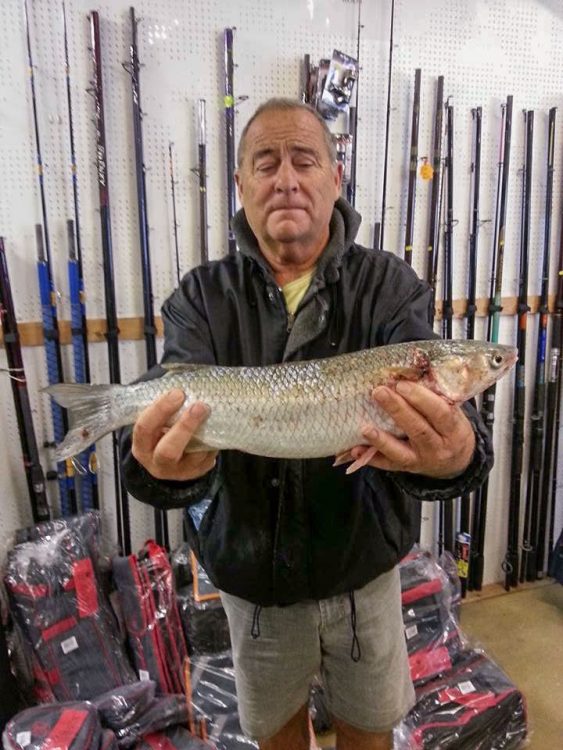 Alan Taylor fished the beaches beside the pier and caught a 3lb mullet on a ragworm bait. It’s not unusual to see these mullet swimming around, but they are very difficult to catch and only one or two are caught each year.

It is much the same on the Holland beaches and once again you have a better chance of catching fish around those twilight hours. There is still a good chance of soles from the Frinton and Walton beaches plus dogfish and whiting.

Clacton Pier is seeing thornback rays and dogfish on the night tides plus the odd bigger bass have been caught. Walton Pier has been once again been a night time venue with codling up to 4lbs, thornback rays from the top of the pier and whiting and dogfish.

The Walton Pier Club fished their latest match here fishing from the stem of the pier in calm conditions and a very flat sea, 19 anglers fished and all competitors caught fish. Codling, whiting. Bass, pouting, soles and eels were caught. First place went to Kevin Blackwell with 3lb 7½oz, in second spot was Peter Harris with 2lb 10½oz and third Cliff Bone on 2lb 2oz.

Colchester Sea Angling Club headed to the river at Felixstowe to fish their River Championships. Ten anglers fished a flood tide, and with clear water fish were hard to find and two competitors failed to catch any fish at all. Top angler was the in-form Olly Yallop with 4lb 3oz, the runner-up was Steve Yallop 1lb 4oz with Dave Clark in third spot with 15oz. Heaviest round fish went to Olly Yallop with a 1lb 14oz bass and heaviest flat fish went to his father Steve Yallop for a 6oz flounder.

The high tides for the weekend are Saturday 11.36am and Sunday 12.22am